Growing Turmoil in the Eastern Mediterranean 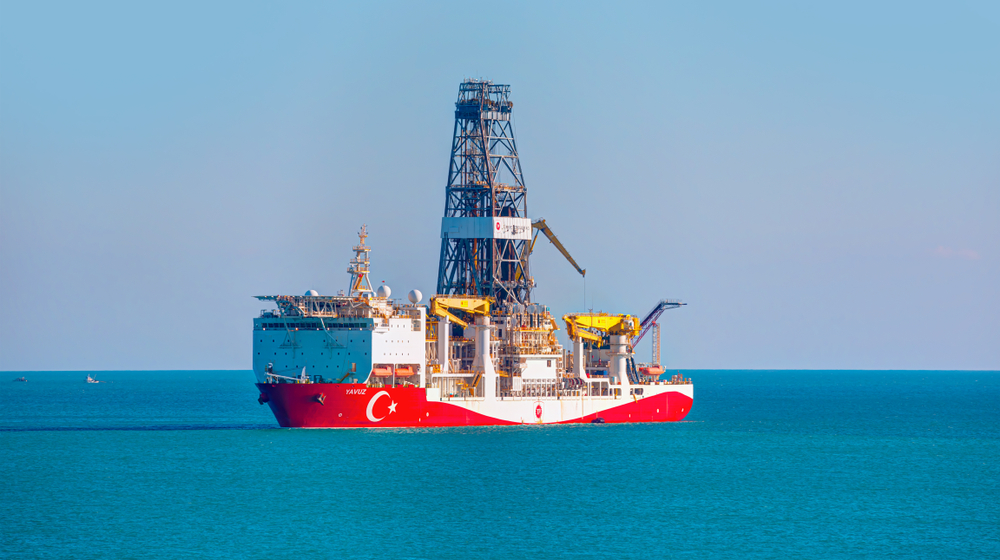 Well, this could describe the US-China standoff in the South China Sea. Only it does not.

The location currently in question is Meyisti/Castellorizo, a small Greek island extremely close (less than 2 km) to mainland Turkey. For centuries a densely populated trade and shipping center, now inhabited only by few hundred people. In the last decade it became popular with tourists and movie-lovers: the island was the location of Oscar-winning Italian war comedy-drama, Mediterraneo. After Turkey announced that it is sending an oil and gas research vessel to the waters surrounding the island, Athens quickly reacted, mobilizing its allies.

Of course, the problem was not created by something on this tiny piece of land, but what is around it, deep at the bottom under the “wine-dark sea” (Homer.)

And it’s not a unique issue, either.

Territorial disputes are not new to this region, thanks to its geography and history, but up until a few years, or let’s say a decade, ago, they were mostly “local” and overly “peaceful”. (That can be said even of the issue of Cyprus and its regional waters for most of the time since the 1970s, except for the occasional skirmishes and “gunboat diplomacy” episodes.)

But with the discovery of offshore reserves in the regions and Ankara’s vying for “regional leadership” and “position as a regional energy hub”, never-too-good Greek-Turkish relations have been steadily deteriorating ever since (with Egyptian-Turkish and Israeli-Turkish relations also taking a dive around the same time, though for different reasons), with the 2019 Libyan-Turkish military pact adding even more fuel to the fire.

A 2010 U.S. Geological Survey estimated that there were 122 trillion cubic feet of recoverable gas in the Levant Basin (and 223 trillion more in the Nile Delta Basin), so the bets are quite high and the race is intense. And, by the way, this was not altered by the current market conditions and the low price of natural gas (even if major companies have postponed their drilling and seismic activities until 2021 due to “suboptimal” gas prices) and the high upfront costs of underwater exploitation.

Regional cooperation skyrocketed, but with Greece, Cyprus, Egypt and Israel becoming best friends ever, there was no place for Turkey. Of course, Ankara had its fair share in the escalation of tensions, with its ambitions, bilateral disagreements with all of the above countries and unique interpretation of international law (see below).

So now the events are at a risk of spiraling out of control. (Don’t forget, this is how it started back in 1974. Greece began exploring for oil, what in turn escalated tensions over Cyprus and culminated in the Turkish invasion of Cyprus.) A recent Greek poll found the majority of Greeks to be supportive of military action against Turkey, if it were to violate Greek maritime borders, and Turkish nationalists are also ready to fight for the “Blue Homeland”.

The Turkish standpoint is that the “Seville map” determining the region’s commonly accepted maritime boundaries (and hence the arrangements for offshore natural gas development) unjustly and illegally denies Turkey part of its rightful maritime territory. Thus, Ankara also drew its own version of the map, in cooperation with Libya. It defines a maximal maritime zone for Turkey (based on the length of its coastline) not only denying a continental shelf for any of the Greek islands around it, but basically ignoring the existence of Crete, as well. Ankara has also repeatedly disputed the right of the Republic of Cyprus to conduct gas exploration without the involvement of the Turkish Republic of Northern Cyprus, since it would “deprive” Turkish Cypriots of their rights.

Turkey is mostly alone with its own understanding of “territorial waters”: Ankara took the position that island states are only entitled to rights within their legal territorial waters, thus only for 12 nautical miles, and not the 200 kilometres, as other nations claim.

Greece of course contests this: Athens claims that the territory around the Castellorizo island belongs to it, and quickly signed an agreement with Egypt to counteract the alternative map created by Ankara and Tripoli.

Besides Egypt (and Israel, both countries being interested in energy projects competing with Ankara’s own plans), Athens also has the backing of France. Paris, in a rare active show of solidarity has dispatched warships to the area, further enhancing the risk of confrontation. France, of course is mainly interested in protecting the rights and revenues of Total, deeply invested in gas development operations in Cyprus.

All eyes are now on Berlin and the German EU presidency, for that matter, to conjure a way out of the current standoff. (Don’t forget Angela Merkel has already brokered talks back in July and convinced Ankara to temporarily pause drilling in the region, even if the “peace” didn’t last long.)

That’ll be a balancing act for sure, since Mediterranean policy is traditionally a “French territory”, yet keeping Ankara close to the EU is necessary to prevent another migration crisis. What Berlin has in its pockets, it is yet to be seen, yet I bet Ms. Merkel is hoping that Germany will have the backing of the US and I’d also bet that we won’t see sanctions that would really hurt Turkey any time soon, either, due to internal disputes and conflicting interests within the EU. (This was the case not while ago, when the EU couldn’t properly respond to the violation of the Libyan embargo.)

Washington might have more leverage, including withholding the coveted F-35’s, but it also has other interests, namely maintaining or even enhancing the US’s role on the European gas market. The US congress recently passed legislation to pave the way for bolstering energy partnerships with the countries of the region, a clear bid to undermine Turkish efforts.

As of now, both the EU and the US have said that they were worried about Turkish moves. Washington said that it was “deeply concerned by Turkey’s gas explorations” and has urged Ankara to halt them. So did the EU, claiming that Ankara “regrettably fuels further tensions and insecurity” in the region. Josep Borrell went even further, warning that the “serious deterioration” in the relationship with Turkey affected the whole bloc well beyond the Eastern Mediterranean. On a separate occasion, he tweeted: “Eastern Med: Full solidarity Greece & Cyprus. Calling for immediate de-escalation by Turkey and reengaging in dialogue.”.

If you just check what I’ve written earlier you might notice that I’m not a great fan of Mr. Erdogan or his methods. In fact, I’ve repeatedly criticized him.

Yet, as in most cases, the coin has two sides.

The “Turkish-Libyan bilateral agreement” is not the solution, but nor is it the “Seville map” or the “Greek-Egyptian agreement”. All have their own flaws and none of them are truly reflecting the current view of international law on maritime boundaries and exclusive economic zones. Applying the Seville map literally locks Turkey into a small area around the Gulf of Antalya. Applying the Turkish-Libyan agreement denies Greece’s rights around Crete, which is neither small, nor uninhabited.

As Jens Stoltenberg said, “the situation must be resolved in a spirit of Allied solidarity”. That means both parties gaining something.

Marta Loeb Follow
« A new episode of the Big Tech saga
Biden „will be back”, but will he really do so? »