Making a case for the words (instead of the swords) 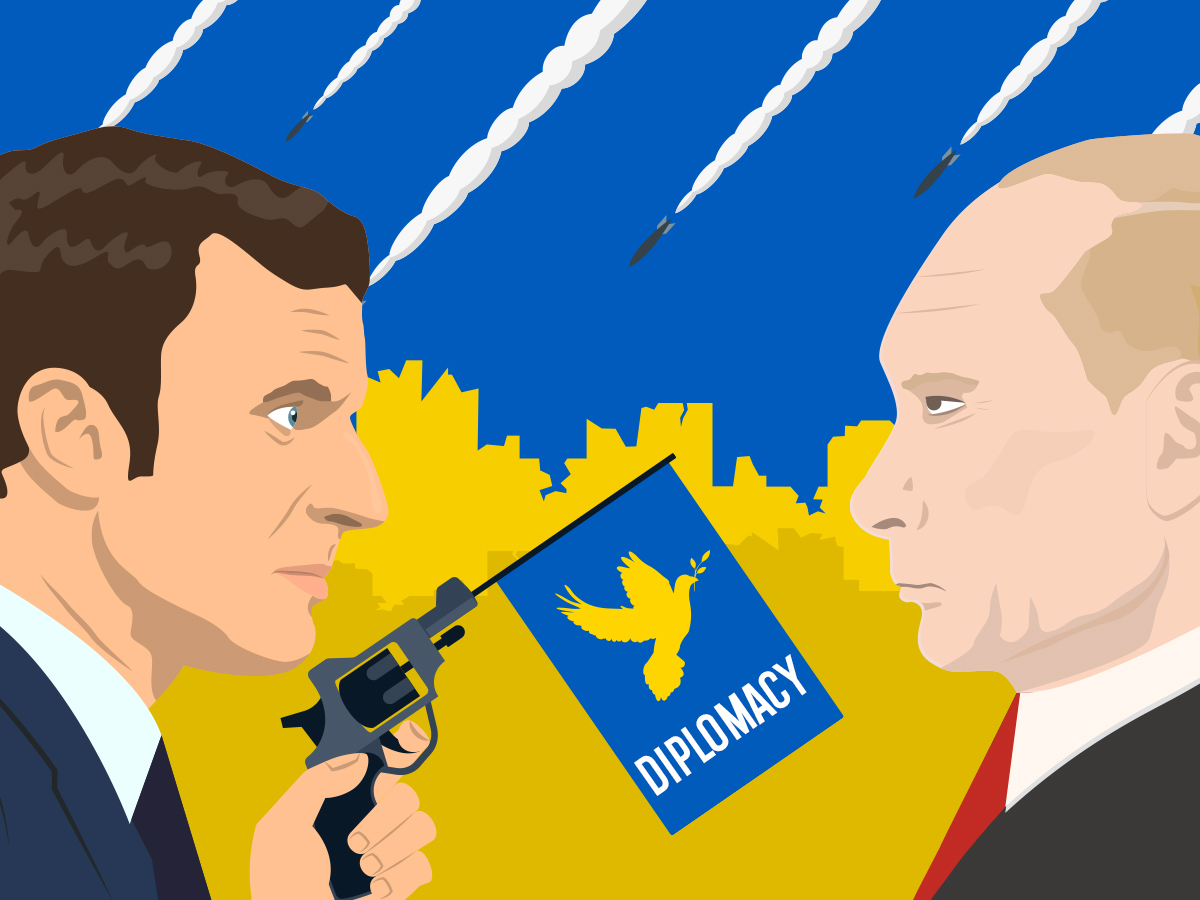 Right before the Russian invasion, there was a flurry of diplomatic activity in Moscow, with presidents, prime ministers (chancellors) or ministers of foreign affairs visiting their Russian counterparts, trying to find a solution to the crisis, to avoid bloodbath.

Russia invaded Ukraine; and the Western world closed its ranks in response. Russia became an international pariah literally in the matter of days, yet it didn’t change its course of action.

Yet, the line of communication is still open between Paris (and Berlin, as Chancellor Scholz has also had a few phone calls with Putin) and Moscow, directly and there had been many attempts on several other channels, too (via Israel or Turkey, for example). The only exception is President Biden, who hadn’t talked directly to Putin since the start of the conflict, but is said to be following all the other attempts.

According to one published phone call between Macron and Putin, Macron is thought to have said to Putin that he was telling himself stories, things that didn’t conform to reality and could in no way justify the violence of what he, Putin, unleashed. On March 14, President Macron pledged to continue speaking to his Russian counterpart, despite having failed to reach anything, declaring “I won’t tell you that I’m satisfied with the results, but we need to continue.”

Several countries (mainly the Baltic states) had criticized the ongoing talks, accusing the French president of pursuing his own political agenda. It might be true, but that doesn’t make France any different from any other country.

It has to be understood, that diplomacy is not something done in one day or one meeting. More often than not, multiple discussions are needed. While in the cyber sphere or on social media, it is easy to wage a war and allow people to express their anger in forms normally not allowed even there (think Facebook’s and Twitter’s decisions allowing comments and posts about the Ukrainian conflict, that, previously would have been labelled “hate speech” and banned accordingly).

Emotions should be handled with care in international relations, even when it is hard to do so, especially when the images of the unspeakable horrors and human suffering in Ukraine are filling our screens and the news.

From all the statements given by various US and European politicians or officials, it seems that nobody believes that the diplomatic channels will deliver quick outcomes in the nearby future, because of the current state on the battleground. Not even President Macron, declaring that he was not naïve.

According to the State Department, the US’s position is that “we will support a negotiated resolution that respects Ukraine’s sovereignty and territorial integrity within its internationally recognized borders (…) we are applying this pressure in the hopes that eventually there will be a negotiated resolution, but it does not appear that Putin wants one right now.”

Neither repeated talks between Ukraine’s and Russia’s diplomats, nor the efforts of foreign dignitaries led to significant process and whatever was achieved by the tables, was quickly changed on the field, when supposedly safe evacuation routes had been shelled, civilians were killed and accusations of various war crimes committed by the other side were shared in the media.

But it is said that diplomacy is “the art of saying nice doggie until you can find a rock” (or stick).

There are also fears that nor the heavy (probably much heavier than expected) Russian losses in Ukraine and neither the sanctions, no matter how widespread those are and how those affect Russian people, can change Putin’s thinking. He is reported to be difficult to talk to, repeating his thoughts and ideas and demands over and over, while ignoring the other side’s views.

On the contrary, current American intelligence assessments state, that Putin might instead escalate the conflict, or as DNI Avril Haines said, “we assess Putin feels aggrieved the West does not give him proper deference and perceives this as a war he cannot afford to lose”.

If the steps taken so far prove to be ineffective and the West cannot find a more suitable stick (or rock, for example in the form of a no-fly zone), and it seems that both the leaders of the European Union and the US are divided over what sort of response would effectively deter Putin’s Russia from threatening Ukraine, there are only words or swords left.

Talking might not be able to solve the crisis, but that leaves the world only with the swords.

And the difference is more than just one “s”.

Christopher Tapp Follow
« The refugee crisis in Ukraine mobilizes the neighbors
The next step: EU-wide solidarity »