Power struggles on both sides of the Atlantic 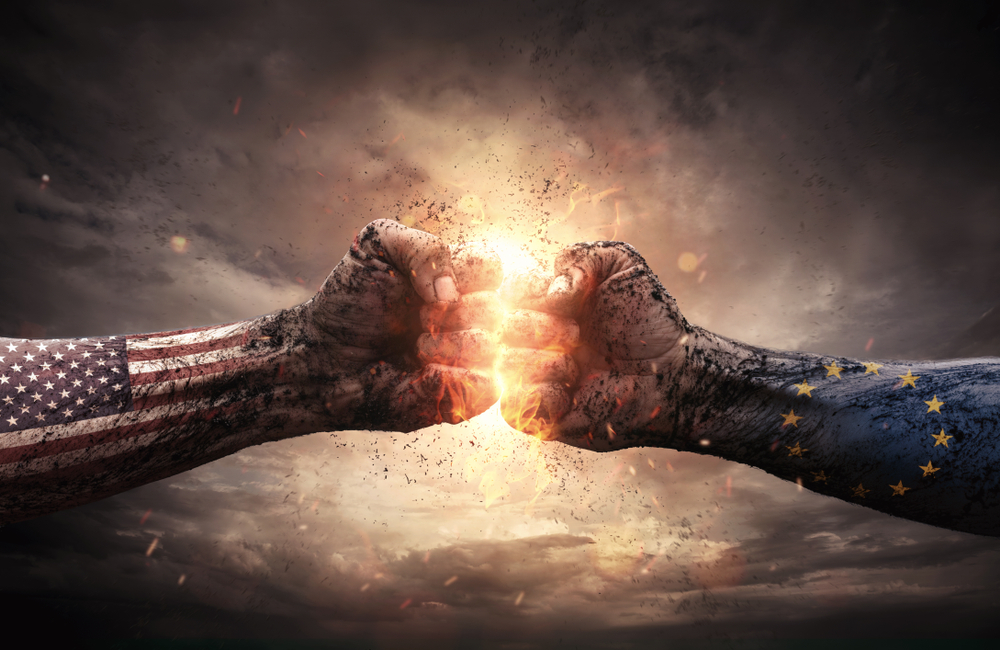 There are valuable lessons to be learned during this pandemic on cooperation, coordination and preparedness, or even on how to phase out emergency measures.

Romans knew these lessons: a dictator was entrusted with the full authority of the state to deal with an emergency, but severe limitations were placed upon his powers. His success depended to a considerable degree on how he was able to work together with the other magistrates or whether he was able to win the consent of the Senate to a certain action. The work of the other magistrates was not vacated by the nomination of the dictator and they continued to perform their duties, even though they were subject to the dictator’s authority. The precise limitations of his power were not sharply defined, but subject to debate, contention and speculation. The dictator was also obliged to resign as soon as the task had been accomplished. The ancient version of checks and balances for turbulent times. (There was a different set of them for “normal” periods.)

Emergency checks and balances are tested on both side of the Atlantic nowadays, too. Though no “dictator” was appointed, it quickly became obvious that some centralization of power is necessary to manage the crisis, even if the extent of necessity is debated.

In the US, a president is vying for reelection and is seeing his chances being diminished every day by the shrinking economy. He is also facing sharp criticism for how his administration actually managed the pandemic. In contrast to what he claimed a few weeks ago about the US having it “totally under control”, they were definitely not there. (He also said that “we’re very, very ready for this, for anything”. He even stated that the whole pandemic was a hoax.)

Now, besides trying to blame the WHO for the issue, President Trump is also putting pressure on the state governors to ease restrictions even as new hot spots emerge and there is no sign of the pandemic being over. At first he claimed that he has absolute authority to decide when to reopen the states. He also seemed to support tiny groups of protesters (we’re talking about a few hundred people in most cases) belonging to organizations promoting small-government, even if some of those are of “questionable” credibility, like conspiracy theorist Alex Jones, who claimed among others that the 2012 Sandy Hook school massacre was a hoax.

On the other side of the equation there are the governors and city mayors who needed to make the difficult decision of locking down their states and cities, sacrificing their economies but hoping to save lives. At the end of the day, they are responsible for public health in their states. They are coordinating with each other on how and when to reopen their economies. And they were willing to say no to the Commander-in-Chief and are refusing to engage in Twitter-wars with him.

In Europe, we see something similar, only that it is yet to be seen, what kind of “emergency structure” or mechanism emerges from the fight. Being relatively new and a rather unusual “creation”, the EU has only “normal time” checks and balances to reign in the struggle between its different power centers with different interests. There is “Brussels” vs Member States and Commission/Council vs Parliament, so from one point of view, business as usual.

Inside the Brussels bubble, the Parliament fights hard to retain its importance – since it has fought for every precious bit of it for a long time. But organizing video meetings or mini sessions with only a few MEPs present seems not to do the trick. Most of our institutions could work on-line, but most human beings seem still to be more confident in real life environment. Members of Parliament (on EU and national level) are especially dependent on face-to-face debates where they can discuss and amend laws, question and control national governments and other EU institutions. But maybe the power of the Parliament is less visible now, luckily it is still there: the budget, including the recovery plan or the € 3 billion emergency budget for the health sector needs to be approved by the MEPs.

In the “Brussels” vs MS front, member states and their individual strategies seemed to dominate the response, while Brussels has had difficult moments to coordinate the answers. After a few weeks, two different levels are visible: managing the pandemic itself and managing the economic consequences. On the first level/front, the EU seems to have found its role. But with national governments vetoing openly (like the Netherlands did with the corona-bonds or by insisting that the ESM should be linked to very strict conditions) or more discretely (like the Finnish “reservations” about the financing of the SURE program) European level solutions or ideas, the old Latin proverb “Homo homini lupus” seemed to prevail on the economic front.

From one point of view and at a first glance, this is really frustrating: it seems obvious that the quicker an EU-wide economic recovery plan or aid mechanism is put in place, the quicker the actual recovery might take place. But, giving it a second thought, a short delay and some time to argue and reflect might save the EU from the consequences of a possibly disastrous decision. Yes, Italy and Spain need help, but the FinMins (with or without the help of the Commission) might find something better than the corona-bonds, or the ESM, or you name it.

There might be no perfect solution, but the value of checks and balances is clearly shown. While the Parliament might be right in calling for more EU authority to coordinate the management of health issues, it is also obvious that these powers should be limited and only extend to areas absolutely necessary to contain the pandemic itself.

Economics and public health are two separate issues and should be handled accordingly, with giving enough power to the member states to have the larger say in defining the route out of the economic crisis. Even if this means that it takes a little longer to find a common ground, for example because one needs to win the consent of every government in Europe.

This shouldn’t mean, of course, that states and governments shouldn’t turn to “the better angels inside them” (á la Abraham Lincoln) and try to find a solution based on the principles of solidarity and brotherhood. Because they should. But the emergency powers given to the Commission shall not overwrite the overall functioning of the EU or sideline the Council or the Parliament, just like emergency powers given to the EU should not sideline the national governments or give it authority to interfere in domestic politics. At least not beyond what is absolute necessary. And just like with ancient Roman dictators, those powers should end with the end of the pandemic.