The EU is in a time loop, sort of… 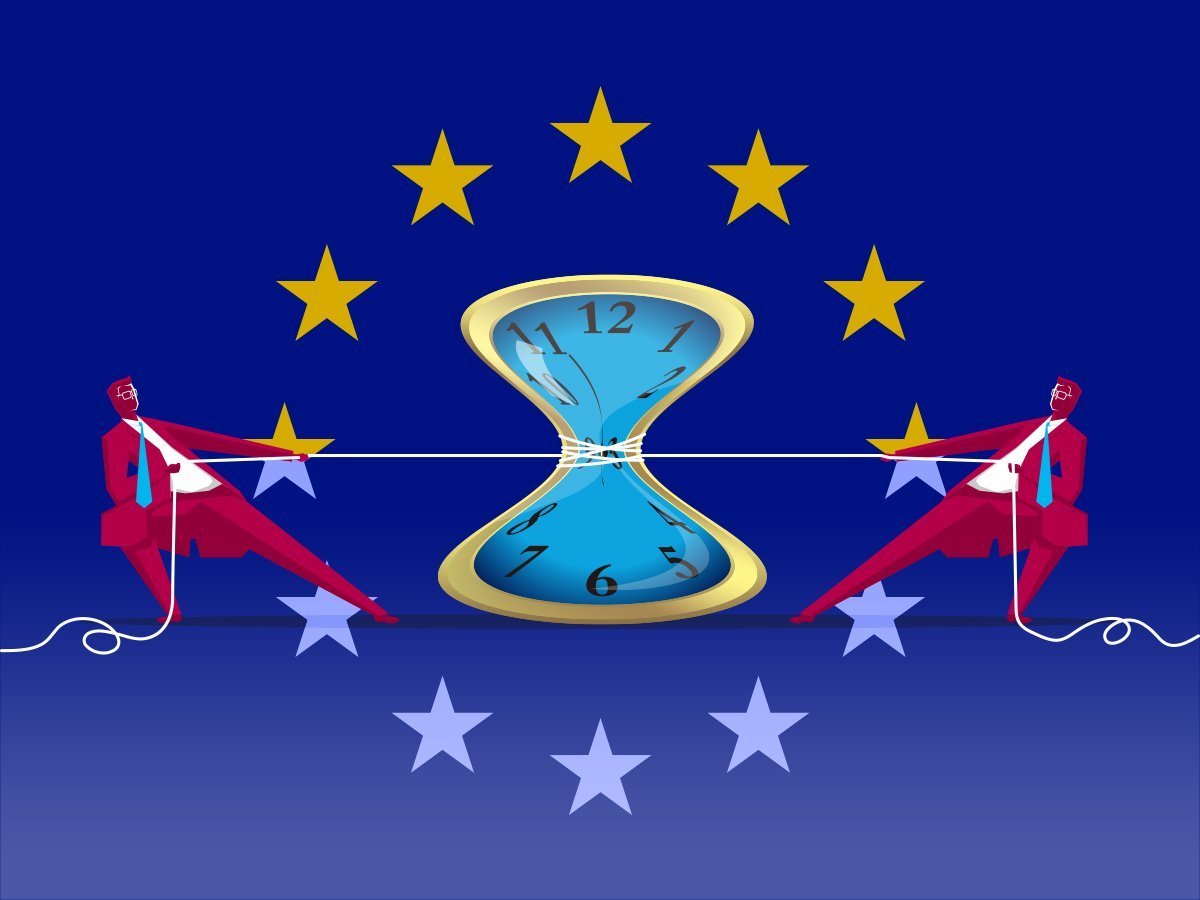 In the well-known 1993 American comedy, Groundhog Day, the protagonist, a TV news anchor, is sent to Punxsutawney to cover the annual Groundhog Day event. But instead he finds himself trapped in a time loop forcing him to repeat the day over and over again. First he’s confused, then he’s annoyed, then he’s annoyed even more, and starts to deliberately create chaos knowing, that the next day he’ll find himself in the same situation again and not a single person will know what he did yesterday. It is only after he learns to accept, adapt and love that the time loop breaks and he can restart his life.

Looking at the EU trying to find a solution to its double money problem (budget and COVID-19 economic crash), sometimes it feels as if we’d be in a time loop, too.

The choreography is always the same: every single budgetary/COVID-19 management proposal put forward by the Commission or by someone else, is greated with enthusiasm and fanfare by some for a day or two, just to be dismissed by some others the next day. Most of the time the dismissal comes from a country from the group nicknamed „the Frugal Four” consisting of Austria, the Netherlands, Denmark, and Sweden.

Make no mistakes, there are others who are also hindering agreement. But they seem to be the least flexible, even less flexible than the Parliament with its rather unrealistic expectations (e.g. expecting a budget four times bigger than the highest offer on table). The Frugals are dragging their feet and refuse anything bearing the slightest resemblance to common debt or an increased budget, sticking to their „business as usual” mode and voting for a modest recovery fund, despite being in the middle of a crisis that cannot be explained by „Southern laziness” or „Eastern European democratic backsliding”.

It was definitely groundbreaking that the Stability and Growth Pact and infringement procedures were suspended and the ECB announced an unprecedented monetary stimulus. The Commission conjured a few billion euros out of thin air. The SURE unemployment instrument and new guarantees were introduced. And a lot more. But still not enough. At least not for everyone.

And so, for the first time in forever, Chancellor Merkel, joining forces with Emmanuel Macron turned her back on Germany fiscal and monetary orthodoxy and convinced her fellow party(wo)men of the necessity of this step. And Germany not only agreed to spend a lot, but also accepted some form of common European borrowing. The funds would be raised through the European Commission borrowing on capital markets and would be used to support EU spending, rather than giving just loans to – already pretty indebted – national governments.

News headlines were covering the „new Hamilton Moment” of the EU, „the groundbreaking French-German common proposal”, a „new chapter for Europe” or „the momentum of (Chancellor) Merkel” as the new French-German €500 billion propsal was announced.

The Paris-Berlin axis at full speed ahead, just like in the early days of European integration.

Then came the ice bucket from the Frugal Four.

This time it was Austrian Chancellor Sebastian Kurz who announced that „our position remains unchanged. We are ready to help the most affected countries with loans. We expect the updated MFF to reflect the new priorities rather than raising the ceiling”. (In the previous loop this role was played by Dutch politicians.) In the view of the Frugal Four, the proposed recovery fund should be temporary and one-off, with maximum two years of running and should by no means lead to debt mutualization. So basically no grants, just loans and only in exchange for structural reforms.

To break the time loop and move forward (ideally fast forward, because we’re running out of time) everyone needs to learn, adapt and give up something. Luckily, as in the Groundhog Day (the movie) the scenario is slightly different every day, possibly creeping towards a happy ending.

On the upside, the almost 180 degree German turn on common debt kinda „forces” the Frugal Four to change their position. What might be considered as a hint of change, Swedish FinMin Magdalena Andersson declined to comment on the new events, saying that she would await the Commission’s proposal. Dutch PM Mark Rutte also seemed less belligerent than usual, with another Dutch official suggesting that the two key points for the country were structural economic reforms and the rule of law.

Yet, unfortunately with the new proposal, the highly debated issue of rule of law is back on the table. Chances are that the proposal will meet strict resistance in Central Europe as it has before. The time loop, you know. And one cannot rule out that this is part of the plan: if they reject it, the blame is on them for the failure, not on the Frugal Four, who added this twist and turn to the game.

Not that I’d have anything against having perfectly functioning public administrations and judiciaries around the continent. On the contrary. But, as I’ve outlined it a few times before, rule of law is a tricky issue and an agreement should be reached about the tiniest details IN ADVANCE. Not linking it to budget cuts, public humiliation and alike and only starting to think retrospectively about definitions and details, fighting endless and damaging procedures at the ECJ. Bringing it up now might complicate the debate beyond what’s manageable, adding too many details and issues. It is unlikely that the EU has enough time and capacity to fight this battle right now. (And we’re only talking about the budget. Quo vadis, Brexit?)

The other change during the last „replay of the day” in the loop was the idea of linking the newly proposed funds to structural reforms. This might be a simplier and easier minefield to navigate. COVID-19 clearly showed us the limits and weak spots of European economies, their interdependence, the vulnerability of the supply chains and a lot more. With important sectors going down the drain, others facing years of hardships some restructuring will inevitably happen. And the New Green Deal is on the table, anyway.

A stimulus package of this size is too large to be ‘wasted’, some strings attached, some central guidance and coordination is inevitable. Linking the new funds to the necessary step of building a new, cutting edge, sustainable, innovative, digital economy is quite logical. Especially, that this shift would also likely be quite popular (which is very hard to achieve for any structural economic change), so member states have to get on board. It also makes hard for the Frugals to really fight against the proposal – they would risk of becoming ‘anti-modernist’, the ones opposing a leap towards the future and breaking the endless loop. The ones, who maintain the endless samsara, without a promise of ever arriving to som sort of Nirvana.

Marta Loeb Follow
« Failure of the Swedish model
To China or not to China, that is the question (Part I.) »