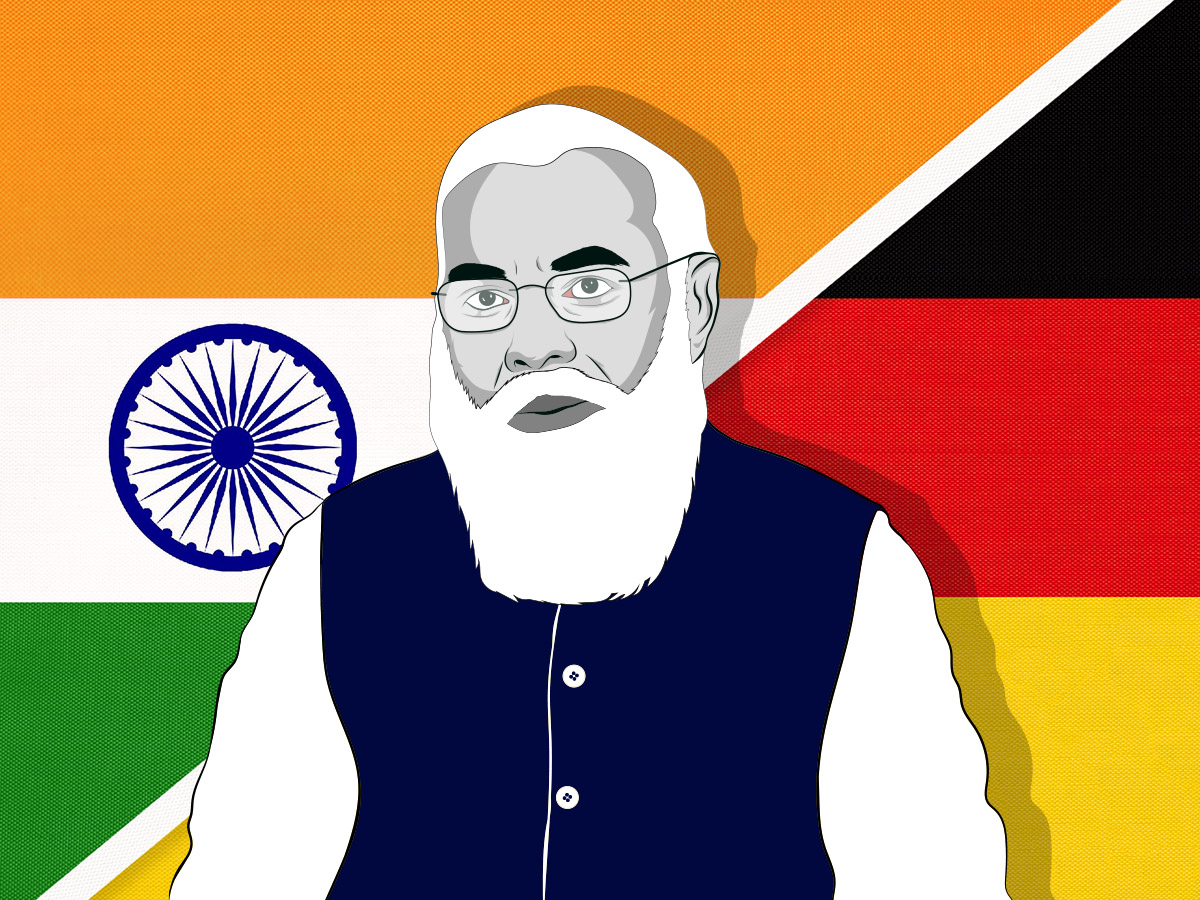 Though Chancellor Scholz has no plans to visit Kyiv in the future, he has plenty to do in Berlin. Just recently, he welcomed India’s Prime Minister Modi. (A country that, by the way, has so far refused to join the sanctions against Russia, just like China did and has only expressed its “great concern over the ongoing humanitarian crisis in Ukraine”.)

The meeting can be seen both as the realization of the (previous) German Federal Government’s 2020 guidelines and the November 2021 coalition agreement, that both emphasized the importance of expanding relations with India; to advance the common cause of a multilateral and rules-based order in the Indo-Pacific, a plan that fits into the wider transatlantic geopolitical considerations (like managing the “systemic rivalry” between the EU and China, and the US and China). And aligns with Brussels’ (think EU-India roadmap to 2025) and Washington’s efforts, that had aimed to strengthen their relations with New Delhi for the last couple of years.

During the visit, the two leaders declared that they want to cooperate more closely in the future on a wide range of issues, let it be environmental protection or migration. Mr. Scholz went even further, describing India as “a key partner for Germany in Asia”. In total, the two countries signed 14 declarations of intent.

With Russia being persona non grata and Chinese-American tensions still boiling (though now slightly fading into the background due to the war in Ukraine) and the possibility of a more profound confrontation looming on the horizon, it is probably a logical step to do.

The proposals cover cooperation in developing hydrogen technology (given its natural possibilities, India could become a very important player on the global market for green hydrogen), the improvement of green hydrogen infrastructure and the generation of renewable electricity. And as German industry is right at the beginning of a major reorganization, securing a source for its likely growing needs of hydrogen seems to be a good idea.

In the first ever bilateral agreement with a “source country”, India and Germany came to an agreement on several aspects of legal migration and return cooperation. Mr. Scholz quoted the shortage of skilled workers in Germany as a reason for this.

It was, of course, not the first contact between the two countries. Indian-German trade relations go back to 500 years (think the Fugger merchant company or Siemens, that built the first telegraph connection between Kolkata and London, via Berlin) and the two countries share strong business and economic links (e.g. Germany is India’s largest trading partner in Europe and has been for many years among India’s top ten global trade partners, is the 7th largest foreign direct investor in the country, etc.), and diplomatic relations are also more than 70 years old.

Though the level of cooperation is dwarfed by the German-Chinese links.

For example, there are about 1800 German companies operating in India, while there are about 5000 in China, with investments amounting to $3.68 billion. Bilateral trade between China and Germany was over 245 billion euros in 2021 compared to the app. 23 billion between India in Germany. And so on.

And of course, not Mr. Scholz is the first chancellor to sign agreements with India, Angela Merkel had many meetings with Mr. Modi (often five or more a year), though it is yet another telling sign that while she visited China 12 times during her 16-year tenure, she’d been to India only 4 times.

In the last couple of years, well, starting in May 2000 (when the two countries agreed on the “Agenda for the Indo-German Partnership in the 21st Century”) Germany tried to balance its geopolitical and economic interests with its normative aspirations (a.k.a. rule of law and democratic expectations).

Most agreements signed never reached their full potential, in fact often came to an abrupt halt, are, more often than not, just other ways to exchange ideas and best practices (just like all the meetings between Indian and German authorities on various levels) and fail to focus on substance.

India is a large market, in fact a rapidly growing one, but with several issues, including administrative and legislative hurdles to tackle, market entry is not that easy (even in comparison to China), not to mention Berlin’s reservations about the constant deterioration of democratic values within India. But the economic potential for growth is there, especially with the ever-growing risks of doing business with China, if only Berlin is willing to accept that democracy is not a one-size fit for all (a thing that they were willing to do with years in order to pursue German business interests in China).

The possible change in Berlin’s thinking about arms exports might also help to boost cooperation, at least in the field of security. So far, it was France that was India’s most important partner in Europe (after Russia, of course) in modernizing its armed forces, as Germany (both with the old and the new governments, has a very restrictive arms export policy), that might change with the Zeitenwende unfolding.