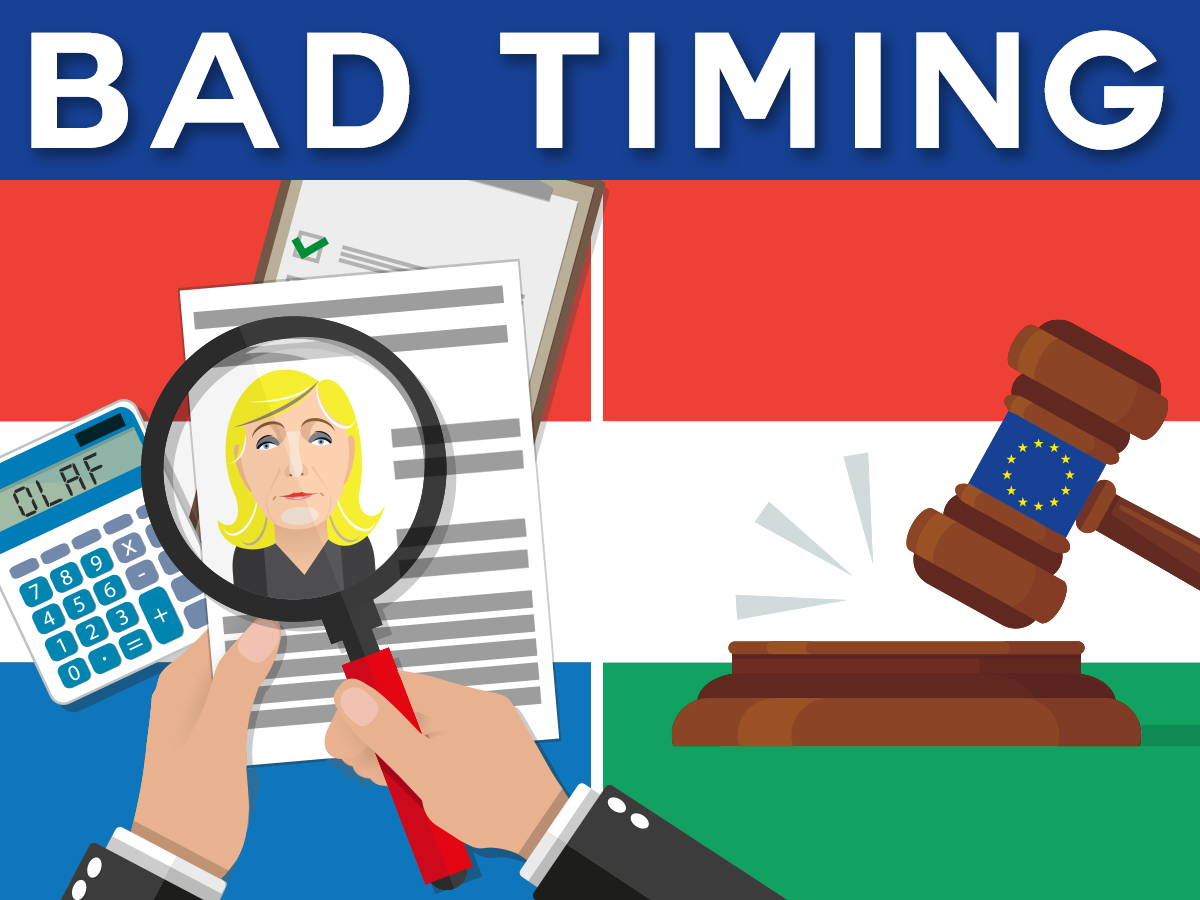 In between the two rounds of French presidential elections, Paris prosecutors announced that they were studying a report by the EU’s fraud agency (commonly known as OLAF) accusing Marine Le Pen and her fellow party members of “grave violations” and of misusing public funds while serving in the European Parliament. The OLAF report says Le Pen should pay back €136,993.99; her father another €303,545.76, that, along with other, smaller amounts defrauded by various party members total to €617,379.

As of now, no formal investigation has yet been opened and no details were released.

Le Pen denies everything and dismissed the report as “foul play by the European Union a few days before the second round”.

Just like this, a similar EU fraud investigation was disclosed ahead of the 2017 elections. Preliminary charges were handed in 2018. Despite the five years that passed since the “misbehavior”, the case is still ongoing. So, it’s either not that clear-cut case, after all, or there’s something fundamentally wrong with the speed of the French justice system.

National Rally (Front) might not be innocent. Just like Le Pen was not innocent in 2015, when she had two of her assistants carry out non-parliamentary work while on the EP’s payroll.

There’s one thing to consider, though.

Marine Le Pen has, in the past, repeatedly accused the OLAF for undertaking politically motivated investigations. It might be true or rather not, as so far, nothing has proved that OLAF did indeed apply “double standards”, as alleged by Ms. Le Pen.

But in the world of fake-news and post-truth, and politics conducted on social media; unfortunately, it doesn’t really matter.

What matters is that the timing of the release of the report provided opportunity to portrait OLAF as an institution guided by political motivation, allowing Le Pen to say, “I’m used to these kinds of dirty tricks of the European Union…”

Especially as it was later revealed, that OLAF finalized the report last September and French prosecutors have already received the allegations in March. And especially as many European leaders made no secret of whom they preferred to see at the helm of France and rushed to congratulate Mr. Macron after the second round.

Just like this, the latest events in the rule of law cases cries for a better approach.

The European Commission announced on April 27 that, as a major first after years of struggle, it triggered the rule of law mechanism, claiming in an internal note that “there are reasonable grounds” to conclude that structural issues in Hungary “are indicative of breaches of the principles of the rule of law” and that “rampant high-level corruption and lack of proper prosecution of gaft” gave the Berlaymont a strong case.

It might be the truth, but the timing could have been, probably, a little more fortunate, and not right after the Hungarian elections, which saw the victory of Prime Minister Viktor Orban’s Fidesz Party an event that was coldly welcomed by European politicians.

On the other hand, in a promising sign of a pursuit for “entente”, the Commission opted to trigger the mechanism against Budapest; but not against Warsaw, that’s been waging a similar battle against Brussels for years. And it did so despite the March resolution of the European Parliament, that gave the backing of the MEPs to proceed against both countries.

Poland is in an extremely vulnerable situation, bearing the blunt of the Ukrainian refugee crisis and being the closest to the fire and the first to rush to the aid of Kiev, well before the EU did anything. Warsaw is also facing dire economic strains from rising inflation and energy prices.

Not starting a procedure against Warsaw is a promising sign of de-escalating the conflicts within the EU, to urgently winding-down the internal debates and focusing on the things that currently matter, first and foremost on providing unified support to Ukraine and the Ukrainian people and on concentrating on security issues, like a stance against Russia and on the handling of the EU’s energy dependency (a question, that once again, requires tremendous sacrifice from many member states).

Christopher Tapp Follow
« Looking back at the French elections
Does Germany pivot to India? »