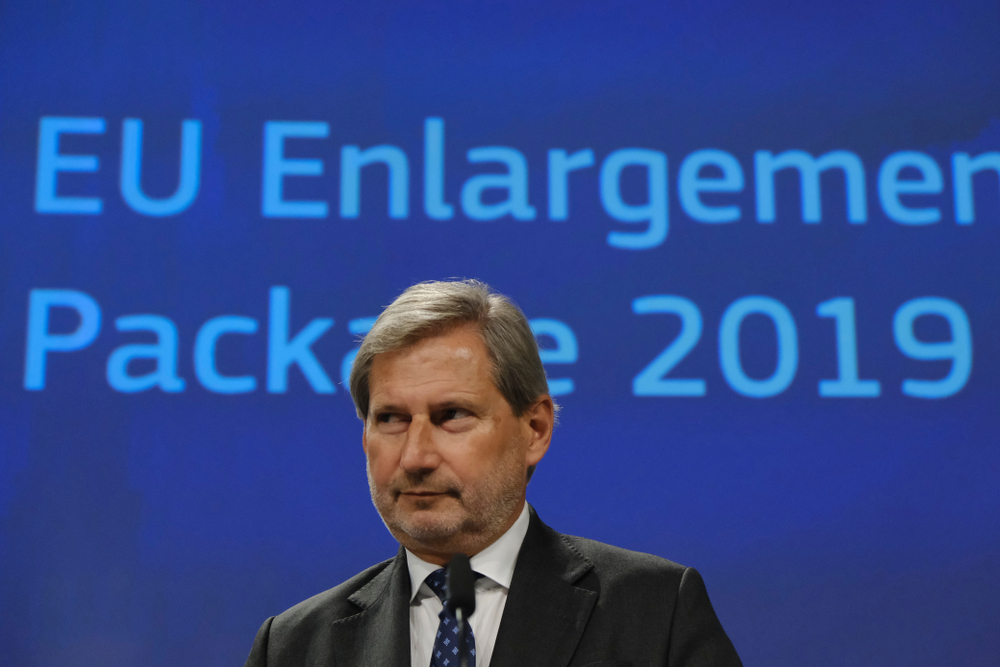 Christmas is around the corner, everyone’s busy with planning, baking, buying, wrapping and decorating, so I’ll try to keep this as short as possible. (A two minutes read or so.)

So, in medias res.

Though it’s been repeatedly said and written, enlargement has been in the last decade a Very Important Issue only on paper, for various reasons. Should the non-paper presented by Mr. Macron become official EU policy, it’d stay so for a very long time. Even if the document contains many positive messages, like reaffirming the goal of full membership, it’s proposals point to the exact opposite direction.

A few problems with the French non-paper:

1. It’s difficult to see, how the so-called “reformed approach to the accession process” with its seven steps till full membership can be faster than the existing process, claimed to be “too slow” and yielding “insufficient benefits for people”.

While I admit that revamping the accession process might help here or there, and I also admit that using “blocks” or “steps” instead of today’s chapters might have some merits, it’s far from clear how certain interlinked topics can be separated into blocks. “Blocks” also increase the possibility of stalling: the current system is flexible enough to go forward in some fields while there’s little or no progress in others. This can help to “nurture the flame”: it allows the candidate countries to remain enthusiastic and go on with the necessary reforms. On the other hand, if a candidate were stuck in a block for many years, there’d be no “positive message” to tell to the population.

Furthermore, if it were the goal, the current system could be used similarly without modifying the treaties. Even today, chapters can be opened at (political) will, connected with or independent of each other, so the process could be flexible enough to use it “block-like”.

The current process isn’t slow because it’s so awfully wrong or outdated, but because one party (or some on the side of that party) is no more really interested in going forward (enlargement fatigue) and, partly because of this, the others lost the incentive to quickly execute the painful reforms they should.

2. The “rigorous conditions” aren’t really revolutionary either, though linking them to “objective criteria” might be. The accession conditions are clearly and precisely defined in various documents (Copenhagen Criteria et al.), they’re regularly measured, analyzed and ranked during the whole process. On the other hand, imposing for example, the condition of “social and economic convergence” on candidate countries would be quite unfair, given that it’d introduce these conditions on them before they have full access to the EU market.

3. Should the candidate country fail to make substantive progress or backtrack on policies, this could open the door to stopping or reversing the process. This raises a few questions: who is to decide what is “substantive progress” or what constitutes backtracking? Can the candidates defend themselves? Will the ECJ be involved? Will reversing be legally possible at all? Were the seven step procedure to be applied, it could mean that the accession could be reversed even at Step Six….with the candidate already participating in EU policies, accessing the relevant databases and many funds etc. This clearly requires signing a few international treaties or modifying the existing ones (see my 6th point), while revoking acquired rights might be legally problematic.

4. It’s not clear at all, how the new process (with gradual access to EU funds) will be financed. Should funds be allocated within the Multiannual Financial Framework, they should be already part of it. Since they’re not, this sends a very negative message to all involved: the EU doesn’t plan to progress at all (at least not past Phase 1) during the next MFF. But if the funds are not within the MFF, where should they be? France might want to create a new financing tool, but we don’t know yet.

5. Another question concerning rule of law: when the candidate countries started some kind of negotiations with the EU (with the Thessaloniki Summit as the official starting point), they were aware of the conditions and requirements they are to meet. Modifying (in fact hardening) these unilaterally and a decade later, is not the message we want to send to countries otherwise expected to meet strict rule of law criteria. Or, if the French want to apply these only to those who haven’t yet started accession negotiations officially (namely to Albania and North Macedonia), that could cause a significant rift among the candidate countries.

6. Last, but not least. Expecting the just installed Commission to work out a new framework or regulation based on this proposal until January 2020, seems not just an unlikely task, but, to some extent, unfair, too.

It’d not only require to rework the whole accession procedure, but also to modify the treaties (or to sign new ones): if we want candidates to be part of EU policies, they have to have access to common registers, databases and systems and, in some cases, to funds.

Of course, this’d place the blame for the delay on the Commission, while it was Mr. Macron and his veto that put a full stop on the process.