The next step: EU-wide solidarity 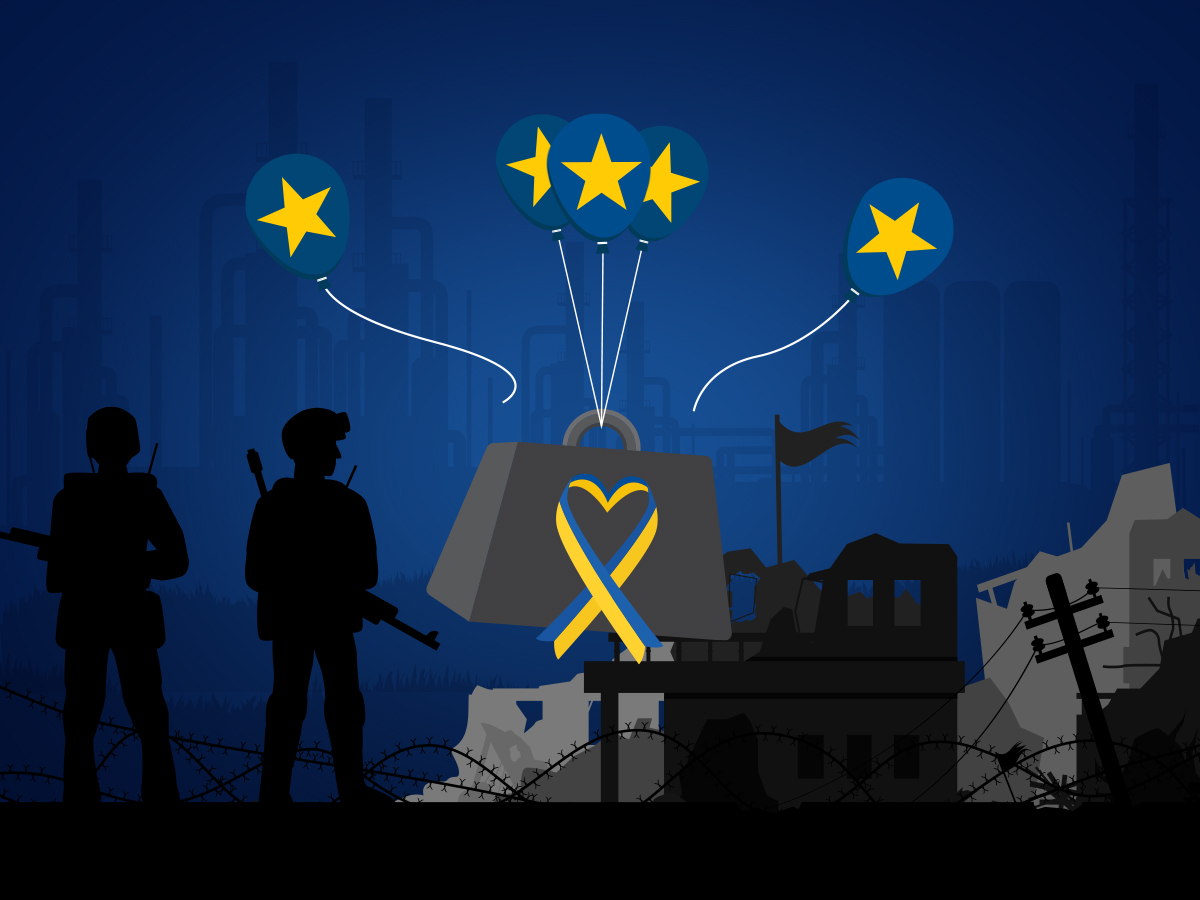 The EU (and most of the world) has showed an almost incredible level of solidarity towards war-torn Ukraine and towards all the refugees arriving from there; ranging anywhere from very concrete material help in the form of aid and weapons supplies to the unified backing of the sanctions against Russia, regardless of the economic costs.

That was the right thing to do in the wake of the unprecedented assault not only on Ukraine, but on the working order of international relations. On peace. As European Council President Charles Michel said, “two weeks ago, we woke up in a different Europe in a different world”.

The sanctions have already started to have effects, both on Russia and on the member states of the EU; but it will turn out only on the long run, how long those stay in place and how, in the end, those will affect the bloc and the world. Interdependency or connectivity, that was, for three decades, seen more a blessing than a curse, now had shown its dark side and the strings attached.

More likely than not, the fallout will hit long and hard, as most European leaders had already admitted, except for the European Commission, that tried to keep politicians and experts calm, claiming that though the growth within the bloc is likely to be impacted, but would not be derailed.

The effects will be felt on differing levels in each country, as in different member states, different sectors would be affected. As a first indicator, the European Central Bank has just recently modified its growth forecast, down by 0.7 percentage points from December. It is at 3.7 percent now

The most obvious victim is the energy sector, where varying levels of dependency on Russian gas (from basically zero, through about 30 percent for Germany to literally 100 percent, as in the case of Bulgaria, Estonia and Latvia) and oil will certainly lead to very different problems across the continent; especially as countries where “energy poverty” is a big(ger) issue tend to be the same countries that are more reliant on the (until now relatively) cheap Russian gas.

Several countries would be hit hard by shortages in wheat or sunflower oil (main export articles from Ukraine), while others will miss different raw materials, fertilizers or corn for farm animals, the millions of Russians tourists and their money (like Cyprus), or their factories or export markets.

As to how to solve the problem and share the burden more equally, several possible solutions have surfaced, from pooling some of those cost by issuing new EU debt, championed by Italy and France, while rejected by the Frugal Four; to making better use of existing funds or, per suggestions of Dutch Prime Minister, by first redirecting funds from the EU’s post pandemic recovery plan that have not been spent yet.

As of now, bonds seem to be out of question, as in Versailles President Macron opted to keep the peace and focus on more pressing issues, though are not completely off the table. It is not unprecedented, after all, and could be modelled after the landmark joint debt program in the EU’s coronavirus pandemic economic rescue and recovery plan.

Either way, something has to be done.

Because to keep a united front, especially to keep also those countries in line, who are taking the bigger hits, some form of sharing the economic and financial burden is a must.

The EU will have to carefully weight and balance its priorities, dreams, values and the reality, to maintain that unity, because that would be the top priority for many years to come.

If coal fueled power plants need to be kept functioning for longer, or if green ambitions regarding the agricultural sector need to be modified, then it should be done, to make sure that Europe gets over this period as smoothly as possible, with the least internal trouble, let it be on national level (think recent Spanish protests against the government) or on EU level.

There were some signs of readiness, like when EU Agriculture Commissioner Janusz Wojciechowski suggested that the Farm to Fork or biodiversity strategies could or should be adapted to the new realities in light of the crisis in Ukraine. And the European People’s Party asked the Commission to stop legislative proposals that have negative impacts on European food security.

But once again, the very same fracture lines seem to emerge within the bloc, as before: Frugal Four vs Bond-fans, Green hardliners vs farmers and so on.

Several leading American politicians (among them Senator Marco Rubio or former US ambassador to Poland, Georgette Mosbacher) had criticized the EU institutions for once again pressing for those sanctions. “Poland is taking in millions and Hungary is taking in hundreds of thousands of refugees fleeing a real totalitarian war criminal. Meanwhile, the EU thinks it is a good time to financially punish these countries according to their understanding of “democracy” (sic!).”

Before somebody could accuse him with being either the friend of the Polish or Hungarian governments, the very same Marco Rubio had also signed, about two years ago in May 2019, a letter, in which he expressed his concern about Hungary’s “downward democratic trajectory” and claimed that “democracy in Hungary has significantly eroded (…) the judiciary is increasingly controlled by the state”. The list of complaints also included the close relationship between Hungary and Russia.

The difference between 2019 and 2022 is the situation in Ukraine.

As President Macron put it in Versailles, “… we must also do our share and have the courage to take historic decisions, to bear responsibility (…) that making these choices of independence has a cost and it implies that we sometimes question dogmas that we had had for many years … they ways we organized things and the habits we had.”