A New Crisis in the Making 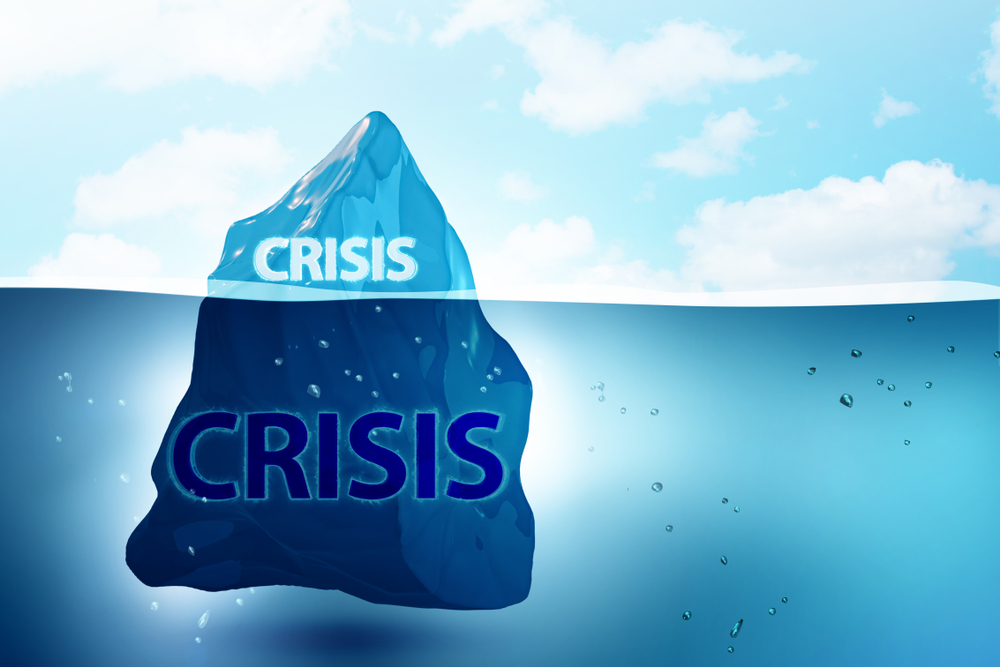 Maltese authorities and FRONTEX have warned that the Central Mediterranean route saw a 438 percent jump in terms of illegal migration in the first three months of this year. Mr. Erdogan sent some 13.000 migrants to Greece earlier this year and threatened by letting loose a lot more. Greece has suspended asylum applications for a month. On one instance, border guards had to use tear gas during a clash when 500 migrants tried to cross the EU’s borders.

And this is just the tip of the iceberg.

Combined with COVID-19 a new humanitarian crisis is developing on the borders of Europe. Conditions in Greek camps are terrible and getting worse with more than 30,000 asylum seekers being cramped up in camps designed to host 5000 tops. Conditions in Libyan and Turkish camps aren’t better either. And we have no idea, how many in Africa and Asia are ready to move as economies collapse.

From the beginning of 2016 to the end of January 2020 a total of 18,711 migrants have returned voluntarily from the Greek islands and the mainland to their countries of origin via the Assisted Voluntary Return and Reintegration Programme. That’s less than 5000 per year. For one month, migrants were offered € 2.000 (five times the usual amount offered by IOM) in Greek migrant camps to go home under a voluntary scheme. Though many left, way too many remained.

It’s quite obvious that Europe doesn’t want more migrants however(see my post from a few week earlier). And it was before COVID-19 hit. It was around the time that Ursula von der Leyen travelled to Greece and said that “Our first priority is making sure that order is maintained at Greece’s external border, which is also Europe’s border.” Not exactly the same welcoming fanfare as in 2015 when seeing the dramatic pictures of drowned migrants from around the borders prompted Ms. Merkel to open the gates of the continent.

Now, feeling the economic pressure and the levels of unemployment skyrocketing, even the remnants of openness and acceptance have disappeared. There is no health or social security system in Europe that would be capable of handling the influx of another million people.

I never imagined that I’ll say something like this, but now, more than ever, we have to keep the outer doors closed not least to be able to open the doors within.

The EU bought time in 2015-2016. Yet it seems, Brussels is prone to make the same mistakes over and over when it comes to handling crises.

The EU is yet to agree on its new asylum guidelines/migration policy, one that draws clear lines between “real” refugees and economic migrants and helps to quickly and efficiently repatriate those who don’t really need protection. There are signs that some countries are willing to help on a bilateral base the Southern countries bearing the most of the burden, yet this will once again question the essence and core principles of the EU.

The EU is yet to accept its budget for the next seven years. Even the promised € 700 million extra funding for Greece might not be enough, combined with the loss of other resources due to the COVID-19 economic fallout. But without a budget (and with all the extra funding needed all around Europe) this might prove to be only a promise.

The EU is yet to find a way to make smaller member states feel that they have a voice too and not just, as one Maltese official put it, have to align with whatever the bigger members decide. Brussels could try forcing through the quota system, but it will have a similar feel o the corona bonds: the big ones always getting their way. And it won’t help to keep the EU intact. A little more flexibility in Berlin, Amsterdam or Brussels could do more.

And the EU is yet to find a way to keep the EU-Turkey agreement from 2016 alive. The European Commission issued a statement in March highlighting the usefulness of the agreement and bragging about the 6,6 billion euros Brussels promised (and 3,5 billion actually spent) to handle the crisis.

But that was before COVID-19 popped up in Europe and in Turkey. Now, facing the dire human and economic consequences of the pandemic, it’ll be more difficult and definitely more costly to convince Mr. Erdogan to cooperate and continue to care for the four million (plus minus few thousands) migrants and refugees his country is hosting. In the 2019 Turkish local elections AKP, Mr. Erdogan’s party, suffered great losses in urban areas in close proximity to refugees. This shows perfectly, that just as the citizens of the EU, the people in Turkey also aren’t ready to accept more migrants. Especially those are refusing who themselves do lack the means to live through an extraordinary situation, and according to some estimates they make up 60% of the Turkish society.

On the e of the Bosporus (i.e. in Europe) Turkey’s way handling of the virus did raise some concerns (e.g. crackdown on journalists) and likely there’ll be voices demanding to close off any cooperation with “that dictator”. Yet, Germany’s recent endorsement of the no-fly zone in northwestern Syria suggests that Berlin is still trying to keep the agreement alive. Though temporary and definitely not the best tool ever, the Turkey-EU agreement is the only thing preventing a double crisis in Europe, something the EU couldn’t handle rightnow. As Mark Leonard, the director of ECFR put it: “Europe’s complete holiday from geopolitics always ends up being very costly”. Choosing the lesser evil, so to say, we might end up giving a lot more to Turkey. But this time, the EU should use its precious time to find a permanent solution.