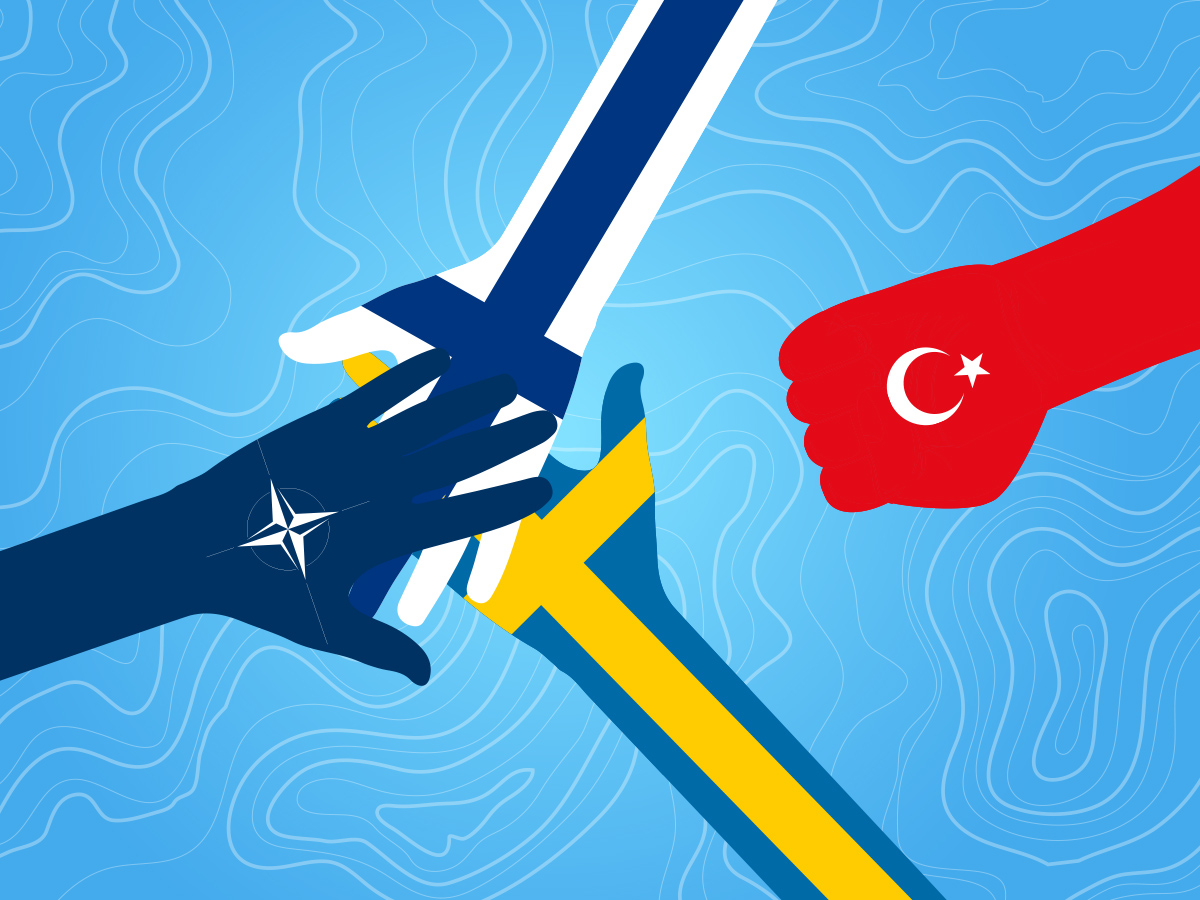 The actual wordings varied, but the meaning was the same.

Turkey is causing problems for Finland and Sweden’s plans to join NATO.

Turkey threw a wrench into the works of the imminent accession of the two Nordic states.

The sudden change of minds in Helsinki and Stockholm is a much-welcomed, “historic” event.

After decades of opposition, Finland and Sweden both formally applied to join NATO on May 18, mainly driven by Russia’s war in Ukraine. Their membership, though it would double the length of land border with Russia, would hopefully enhance security on NATO’s Northern flank (and in Europe, in general).

Both countries’ decisions were warmly welcomed by most of the other members of the alliance. For example, U.S. President Joe Biden, while meeting Swedish Prime Minister Magdalena Andersson and Finnish President Sauli Niinistö, pledged them the “complete backing” of his country and promised to work with the Congress to quickly proceed with the applications.

Hopes were high, that their “NATO invitee status” could be finalized by the Madrid summit (at the end of June), thus from that moment on, they could participate as observers in NATO meetings. And that the process could be finished in six months, far less than the usual time.

Turkey worded opposition to the move.

Not opposing NATO enlargement in general, but having specific reservations against those two countries and blocking their bid until its demands are met.

Mainly regarding the PKK (Kurdistan’s Workers Party) activists hiding in Finland and Sweden, what prompted President Recep Tayyip Erdogan to urge the would-be NATO members to return the “terrorists”, reminding the allies that its repeated requests for extradition were rejected or left unanswered. (Though every NATO member has designated the PKK as a terrorist organization, Turkey would love to see the affiliates of said group also on the list.)

The country also has, in the past, repeatedly accused (mainly) Sweden of harboring its adversaries and of providing support to Kurdish militants in Syria and to supposed members of the FETO, Fetullah Gulen’s group, accused with the 2016 failed coup attempt. Surely, Sweden has a large Turkish diaspora and ever since the 1980s, political refugees (including Kurds) have found safe haven in the country.

The list of Turkish demands also includes the drop of the arms embargo imposed on the country in 2019, after its military offensive in Syria against Kurdish-led YPG forces. The ban was a rather symbolic step, anyways, given that arms trade within the three countries was (and is likely to remain), minimal. “We would not say yes to those who impose sanctions on Turkey to join NATO,”, President Erdogan declared.

Both President Biden and NATO Secretary General Jens Stoltenberg expressed their hopes that Turkey can be convinced. Joe Biden actually told reporters, “I think we’re gonna be OK.”, while Stoltenberg admitted that Turkey has security concerns that must be addressed.

For that, talks will be necessary and that was something that didn’t work since President Biden moved into the Oval Office. In fact, Turkey has several open issues with the U.S., as well, starting with its exclusion from the F-35 advanced aircraft program; and the purchase of dozens of F-16s; not to mention the sanctions imposed on it after buying Russia’s S-400 missile-defense system. None of those made U.S. lawmakers happy, in fact prompted demands for expelling Turkey from the club, something unlikely to happen, given that the country controls (among others) the strategically important entrance points to the Black Sea.

As any decision on NATO enlargement requires unanimity, the task ahead is obvious, though not simple, as every member state has the right to pursue its national interests.

And it shouldn’t be forgotten, either, that not Turkey is the first NATO member to block an accession request. Before the name-dispute was resolved, Greece had opposed the membership of North Macedonia for years.

Given that President Erdogan’s party is facing elections next year (and economic woes at home are badly influencing their popularity), it is unlikely that he’d simply let go of the demands. He had already declared that the two countries “should not bother sending delegations to convince Turkey”. On a party assembly in Ankara, President Erdogan declared, “We are one of the countries that give the most support to the activities of the alliance, but this does not mean that we will unquestioningly say “yes” to every proposal brought before us,”.

It is also yet to be seen, how Russia will react to an eventual NATO enlargement, something it hoped to prevent with attacking Ukraine.

Russian President Vladimir Putin said that the “mere accession” was not a problem, but had warned that any expansion of military infrastructure would trigger a response from the Kremlin. (It might not be a problem as Sweden has already declared that it doesn’t want permanent bases or nuclear weapons on its territory.) But Russia’s Foreign Ministry issued a severely worded Twitter-message, declaring that “Russia will have to take retaliatory measures with their essence, including military and technical aspects”, that might mean hybrid or clandestine attacks.

Neither Sweden, nor Finland remain defenseless while their application is in limbo. Norway, Denmark, Iceland, the UK and Poland (all NATO members) have immediately declared that they were ready to protect Sweden and Finland by all means, would they come under attack before actually joining NATO.