A sede vacante in Brussels? 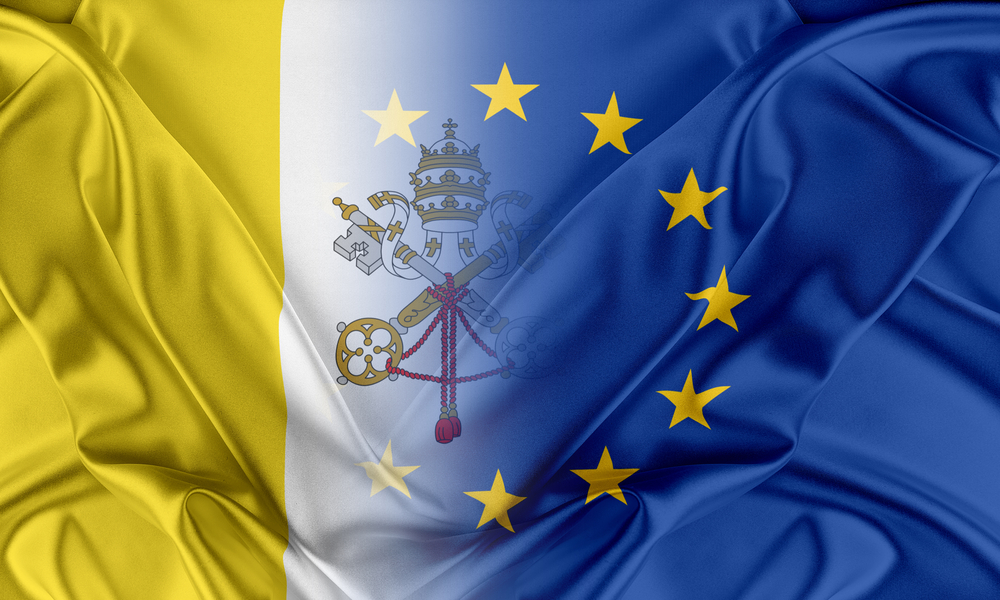 The von der Leyen Commission took a rough start as three would-be Commissioners have been rejected by various bodies of the European Parliament. First Hungary’s László Trócsányi and Romania’s Rovana Plumb got the black flag and after them, French nominee Sylvia Goulard was disqualified from the race. Despite getting a second chance following her first hearing on 2 October, she wasn’t able to convince the MEPs that she was suited for the job. Especially not for a job as broad and important as hers. (She is not the first Frenchwoman to endanger a Commission, Édith Cresson was largely viewed responsible for the fall of the Santer Commission.)

Now new candidates shall be named – keeping in mind the gender balance – hearings should be organized for them and the Parliament should vote on the Commission en bloc. But the appointment process need to be rapid to allow the new Commission to take office on December 1.

But the situation is still unclear, observers often question the feasibility of this endeavor.  The real question is how long the EU can tolerate the absence of a competent governing body? Can there be a sede vacante?

Legally, it’s a kind of uncharted territory. Article 17 of the Treaty on European Union (TEU) contains regulations on how the Commission should be set up or removed. Article 246 of the Treaty on the Functioning of the EU (TFEU) regulates the mid-term vacancy in the position of the President of the Commission. But there is nothing about this scenario: nothing wrong happens to the old Commission, no deaths, no resignations or corruption scandals forcing the President to resign, only his/her mandate expires. Article 246 of the TEFU also regulates the resignation, compulsory retirement or death of the Commissioners or the President. It also contains regulations for the en bloc resignation of Commissioners. “In the case of the resignation of all the Members of the Commission, they shall remain in office and continue to deal with current business until they have been replaced, for the remainder of their term of office, in accordance with Article 17 of the Treaty on European Union.” No word on extending the mandate of the old commission.

Apparently, the Founding Fathers of the EU (or the drafters of all the treaties have not envision a situation like this.  Of course, that doesn’t mean there won’t be a solution. Only, it will likely be a solution not found in the treaties. Because supposedly, the European Council, voting unanimously, can decide to do things differently.

Though not often, but it did happen that the Commission’s term was not fulfilled, and in one case, it was prolonged. So, in the long term, it’d be wise to include a few sentences about the possibility of sede vacante due to expiration of the term, into the treaties.

It was Mr. José Manuel Barroso, who found himself in very similar shoes as Ms. von der Leyen. The Barroso Commission started to work on 22 November 2004, despite the Prodi Commission’s mandate ending officially on 30 October. And why? Because the European Parliament opposed the nomination of Mr. Barroso’s Commission. Thus, the mandate of Mr. Prodi was extended till objections were resolved. (In fact, Mr. Prodi’s mandate was “unusual” in two ways: first, his Commission could full fill the few months that remained from the term of the Santer Commission, then they got their own five years and secondly, they served an extra month at the end.) So the Juncker Commission can likely carry on as a kind of “Acting Commission”, with Mr. Juncker as Acting President of the Commission. After all, his Commission didn’t resign, like that of Mr. Santer.

But the question is, with what powers. In case of a sede vacante, the Holy See is administered by a regency of the College of Cardinals, in a very limited capacity. All heads of the departments of the Roman Curia “cease to exercise” their offices, with the exceptions of the Cardinal Camerlengo (anyone remembers Dan Brown’s Angels and Demons?), and the Major Penitentiary. Even the Vatican Postal Service uses special, “sede vacante” stamps.

Or, if the EU would be a country and the Commission would be a government the acting government’s rights would be very limited. The government could carry out only the most necessary acts, but certainly would not be allowed to propose new legislation or start/carry on politically sensitive issues. “Care and maintenance”, just like with Mr. Marín or, with different wording, “deal with current business” (TFEU).

And how long? After Mr. Santer and his college as a body had resigned on 15 March 1999, it took almost six months to appoint Mr. Prodi. And it was less than a month with the Barroso Commission since the MEPs didn’t want to prolong the uncertain situation. Only, that time the Parliament was less fractured than now.

Hopefully – and with Brexit and the budget on the horizon – the new Commission will be appointed as quickly as possible. The case with France and Hungary might be easier: they have their governments/presidents at place, no general elections in the nearby future. In theory, all they have to do is find an acceptable replacement for their candidates.

But Romania has no government since Viorica Dancila’s socialist government lost a no confidence vote on 10th October. Though the President has authorized Ludovic Orban to form the new government, it is uncertain when it will be functioning. In the meantime, the question remains whether Romanian domestic politics has a spillover effect and causes delays also on EU-level?

Marta Loeb Follow
« On Double Standards
Protecting the rule of law – the right way I. »