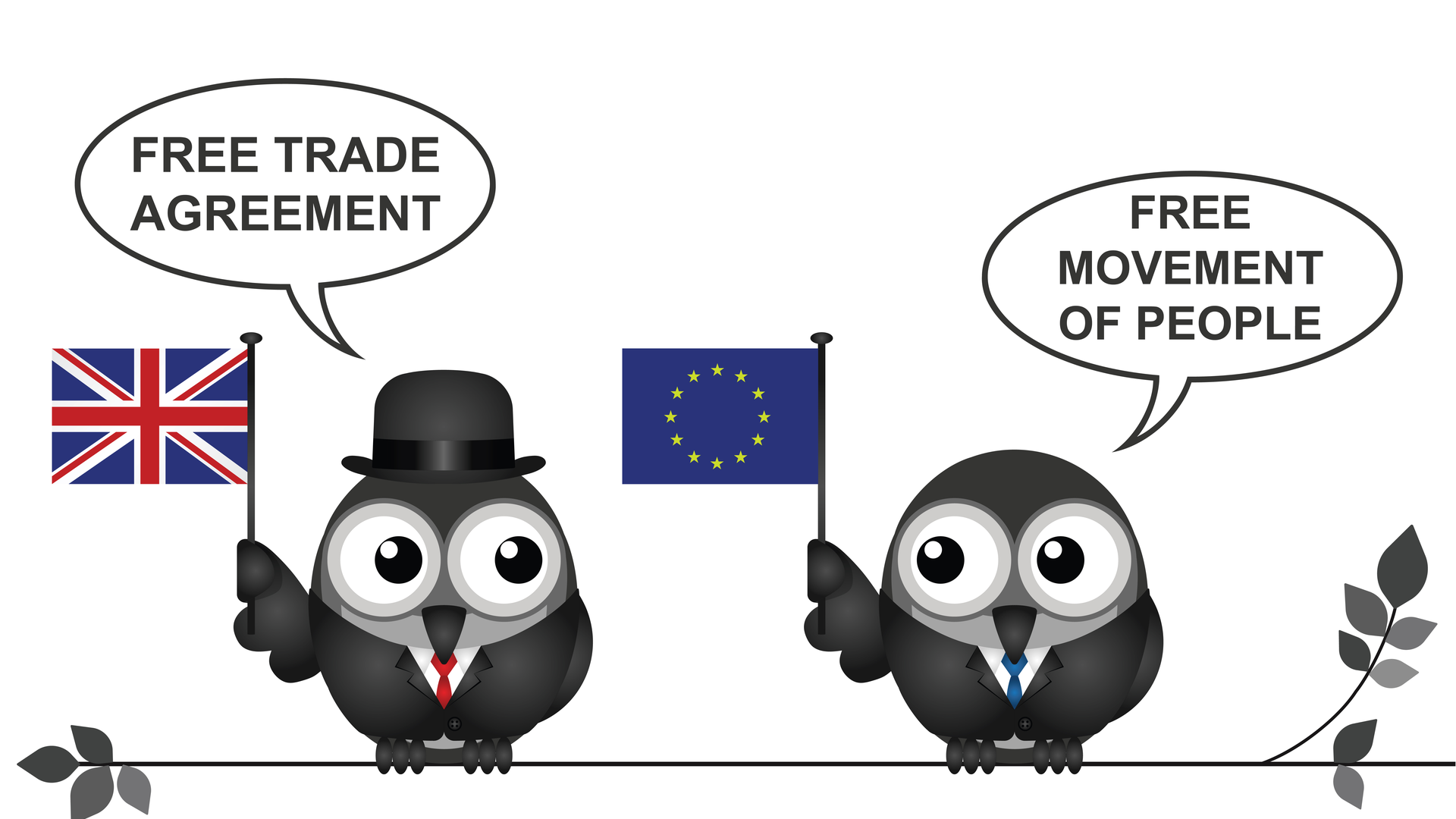 Amidst the global panic surrounding the Coronavirus epidemic and the uproar caused by Megxit, the final stages of the Brexit happened fairly unnoticed. Especially compared to all the bragging, confusion, delaying, voting and re-voting of the previous years. By the time the “Publish” button is pushed for this article, the British have formally left the EU.

This, however, doesn’t mean that the negotiators can lean back and have their well-deserved champagne. (Or to have more than one.) On the contrary, a new, almost as difficult period starts with an even shorter timeframe. The transition, or implementation period – during which the parties should agree on the new terms of cooperation – officially ends on 31 December 2020. The EU has already outlined some of its priorities for the new round of negotiations, though it is to be finalized later in February, the British haven’t done any such thing yet. It is expected to be presented sometime during February.

So there is less than a year to come to an agreement on many-many questions. Eleven months are extremely short, given that most international trade (or customs or social security or, in fact any) agreements take years to create, not to mention to get ratified. Expect a few official delays on the road ahead, despite Boris Johnson firmly declaring that he did not wish to extend the transition period. (Just like with Brexit, originally due on 29 March 2019 and delayed by both Mrs. May and Mr. Johnson.) If no agreement is reached and the transition period is not extended, the UK might end up with tariffs on its goods exported to the EU.

As the legal system of Member States is actually a complicated web of national and EU legislation, the EU and Great Britain have to agree not just on free trade, but on student exchanges and educational cooperation, law enforcement, energy, fisheries, aviation, medical services and medicine-regulations (anyone remembering the medicine-shortage panic of last spring?), transport and a wide variety of topics. (And no one should forget that in the meantime, the British have to re-create their own legal system, replacing all the EU-rules.)

Commission President Ursula von der Leyen and EU chief negotiator Michel Barnier were cautiously optimistic about the possibility of reaching a new free trade agreement within 11 months, and they acknowledged that a few topics might be prioritized. Barnier specifically named a “basic agreement” on “trade in goods, level playing field, the fisheries sector, and internal and external security.” He categorically excluded transportation and aviation, and the way he formulated his statement also suggests that services might not be covered.

Having a basic agreement, or having – as British negotiators have suggested – separate agreements for every sector can have some advantages, but also can have negative consequences. As in the case of most international agreements, they are signed when the parties reach a mutually acceptable (win-win) position. But this rarely happens on a very narrow field: in most cases, a country gives up something in fisheries, but gains something in farming. These trade-offs between sectors might only be possible if the agreement is far reaching and comprehensive.

There are many other hurdles down the road (like reaching an agreement compatible with the existing treaties and agreements and their most favored national clauses), but basically the negotiations should be over by summer if the deal is to be accepted and, if necessary, ratified by every Member State. The necessity of MS ratification will depend on many things, including the final scope of the deal. But before the approval, the finalized text has to be translated to all EU languages and go through the EP with its many committees. And, if we look back at the hearings of the Commissioners-to-be, this might not be an easy fight.

So, after the negotiators emptied their glasses on the successful Brexit, they now need to head back to their tables. Other were luckier and have already done their job, like the citizens of the tiny German village Gadheim, where a new structure has already been created to mark the post-Brexit geographical center of EU.

Christopher Tapp Follow
« A new set of sticks and carrots to balance Paris and Berlin
Tough days behind Mr. Zuckerberg’s back. But there are many ahead. »