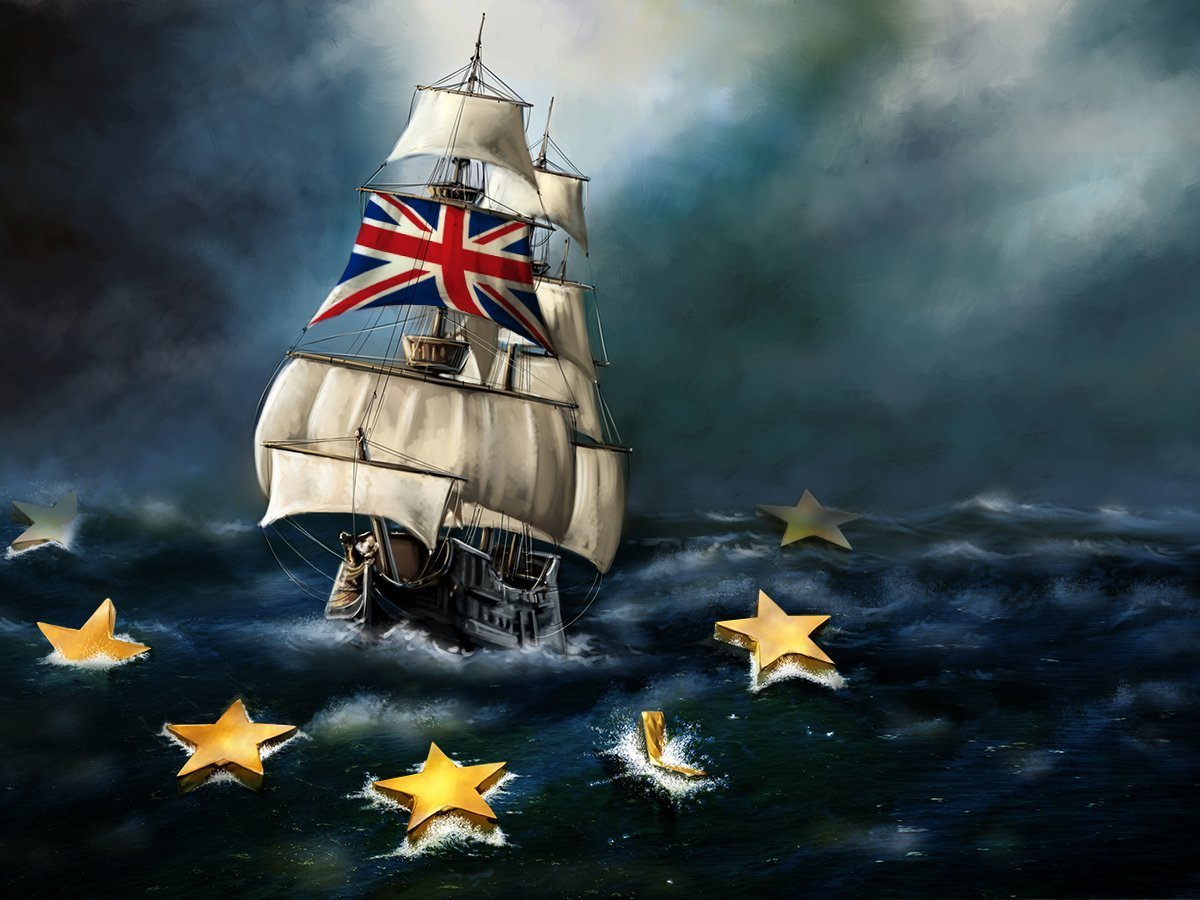 The deadline to end the transition period after Brexit has been an optimistic one even before COVID-19. Now finishing it all by 31 December seems unrealistic.

Of course, miracles happened before. Like when British parliament suddenly passed the Brexit bill just days ahead of the January deadline. Now it seems that an even bigger miracles would be needed, since disagreements run deep.

The code is more what you’d

Downing Street 10 has adopted a quite interesting standpoint about its own Political Declaration. Or, as chief negotiator David Frost has stated: “Our view of the political declaration is that, as it says in the title, it is a framework…That doesn’t mean that everything in the declaration must go into a legally binding treaty.”

The EU has a different interpretation. Michel Barnier repeatedly said that Boris Johnson needs to “remember the promises he made in the Political Declaration” and instead of taking one, two or three steps back every time, he … “should stay coherent on maintain a level playing field with the EU and fisheries access”.

I’m disinclined to acquiesce to your request!

It means no. (Hector Barbossa)

Two contentious issues were level playing field (LPF) and fisheries, with COVID-19 aftermath financing issues being added to the mix during the last few weeks.

About LPF, Michel Barnier said on June 5: “We need to work together in order to come up with the appropriate toolbox, the robust commitments that we are clear about is how effective these mechanisms will be so they can ensure long-term, fair sustainable competition between the EU and the UK, but we haven’t got there yet.” He also urged the EU to “look beyond short-term adaptation costs” that could arise if no deal is reached before the year’s end, and instead consider “our long-term economic interests — even more so in the context of ensuring Europe’s economic recovery after the coronavirus crisis.”

The UK indicates that it seeks a free trade agreement similar to that agreed between the EU and Canada: comprehensive, but very different to the previous relationship. In London’s eyes it was unacceptable that the LPF binds the UK to EU law or standards; if need be, the UK would aim for a less ambitious FTA.

The EU’s standpoint is 180 degrees opposite. The deeper the trade agreement, the more UK regulations and standards must align with those of the EU. Alignment is essential to preserve a level playing field, on the grounds that the EU and UK are close neighbouring economies and strongly interconnected. European officials also want to see a common approach on state aid: in practice that would mean that the UK and EU would move together in adapting competition rules in response to the economic challenges. Brussels wants to ensure a coordination similar to the recent pandemic management between EU and UK state aid rules in future.

Or as Barnier said, there was “no automatic entitlement to benefits given by the EU under previous free trade agreements,”. He further added: “Every agreement we have, with Canada, South Korea or Japan, has been tailor-made to the partner with which we negotiated.”

The EU wants the future agreement in the fisheries domain to retain the status quo as far as possible, including reciprocal access to waters in return for access to markets and quota-shares that are based on historical fishing patterns.

UK’s chief negotiator said that the EU proposal on fisheries was “simply not realistic”. London wants annual negotiations on fish quotas, based on a system of “zonal attachment”. This would mean agreeing shares based on the percentage of fish inside each side’s exclusive economic zone (a 200-mile area round the shore). But Barnier said an annual negotiation was “not even technically possible” because of the complexity of reaching an agreement on so many fish.

The UK must continue to pay into the budget for 2020, but it also retains the benefits of EU membership. British officials argue that around two-thirds of what the EU is asking the country to pay into the COVID-19 fund falls outside the scope of what was agreed in the Brexit deal. The sum under dispute is hard to calculate precisely, as it is made up of several funding commitments, but amounts to between €200 million and €300 million. In Downing Street 10’s view, they should not be liable to pay any commitments that stem from post-Brexit changes to the EU’s Multiannual Financial Framework (MFF) regulations — and nor should it benefit from such funding. (About a third of the UK’s overall commitment to the coronavirus fund is not under dispute, because British officials consider that it comes under previously agreed “flexibilities” in the MFF regulations.)

The EU insists on receiving additional payments from the UK but also giving back proportionally.

The problem is not the problem.

The problem is your attitude about the problem.

Talks over trade and the UK’s future relationship with the EU have stalled a few times before. Negotiations continued via online sessions, leaders had virtual summits. But previous rounds have failed to bridge vast gaps in the two sides’ positions.

The problem is that there is no real readiness to find a common ground.

The UK has said it will walk away from the talks if there is no sign of progress in July. British negotiators have also said it is impossible to strike a deal with the EU under the present mandate of Michel Barnier, and want him to be given new instructions that will accommodate compromise. (For example on the jurisdiction of the European court of justice, demands for a level playing field on the environment, workers’ rights and state subsidies for companies.)

Alas, France, the Netherlands, Spain, Ireland, Denmark, Belgium, Germany and Sweden have not yet offered their negotiator any flexibility on the key issue of fishing rights. The bloc’s chief negotiator was expected to present a compromise proposal on access to British waters in early June but was blocked at the last minute by member states with large fishing communities.

Michel Barnier accused the UK of not showing “any true will” to move beyond its starting position, but also called on the other side to move from their “maximalist” positions. Barnier said “the EU wants the status quo, the UK wants to change everything”, but called for discussions “somewhere between”.

The European Parliament isn’t any better. For instance, it adopted a resolution that states that EU standards must be safeguarded to avoid a “race to the bottom”, while revealing little slack to escape the EU’s opening position of matching EU rules on state aid – so-called “dynamic alignment”. Not much room to maneuver. The European Parliament also warned that it could veto any trade deal that lacks “robust” safeguards to ensure fair competition and strong standards on the environment and workers’ rights, according to a leaked document.

If you were waiting for the opportune moment,

The UK now hopes that negotiations can swiftly enter a “tunnel phase” over the summer during which member states would entrust Barnier to thrash out a trade and security deal without constant intervention by the Member States. London also hopes Barnier will try again to move the EU capitals towards compromise.  “We are now at an important moment for these talks,” a British government spokesman said. “If we are to make progress, it is clear that we must intensify and accelerate our work”.

On the other side of the negotiating table, EU capitals expect negotiations to continue into October. This is a “truth universally acknowledged”. Even if, with the deadline quickly approaching, the UK and EU have agreed to an “intensified timetable” for the trade talks. This will involve a mix of formal negotiating rounds and smaller group meetings, both in London and Brussels. There will be negotiations each week for five weeks, beginning on 29 June.

But the trenches dug so far might prove too challenging to overcome, parties have no meaningful leverage against each other and the time for swift agreement might have already passed.

Besides the above mentioned “hot potatoes”, there is a lot of work to do, e.g. on implementing the different aspects of the Withdrawal Agreement, especially the Protocol on Ireland and Northern Ireland, the EU’s office in Belfast. While the Brexit treaty allows EU officials to be present during checks at Northern Irish ports and airports, the UK is refusing to allow Brussels a permanent base there.

As of now, Downing Street 10 sticks to its original promise of not seeking an extension to the transition period.

Even if – at least according to the latest survey – the majority of the British would prefer more time. And approximately 75 percent of them want their government to work more closely with the EU in handling the COVID-19 crisis. And despite the fact that Downing Street has just recently acknowledged that it will not be able to implement full post-Brexit border controls on goods entering from the EU until July 2021 and it will have to introduce its new customs regime in three stages, starting January 1.

This position perhaps should or could be modified: the odds are against being able to reach a compromise and the alternative is not necessarily worth the price, as it was shown in the latest analysis of the Social Market Foundation.