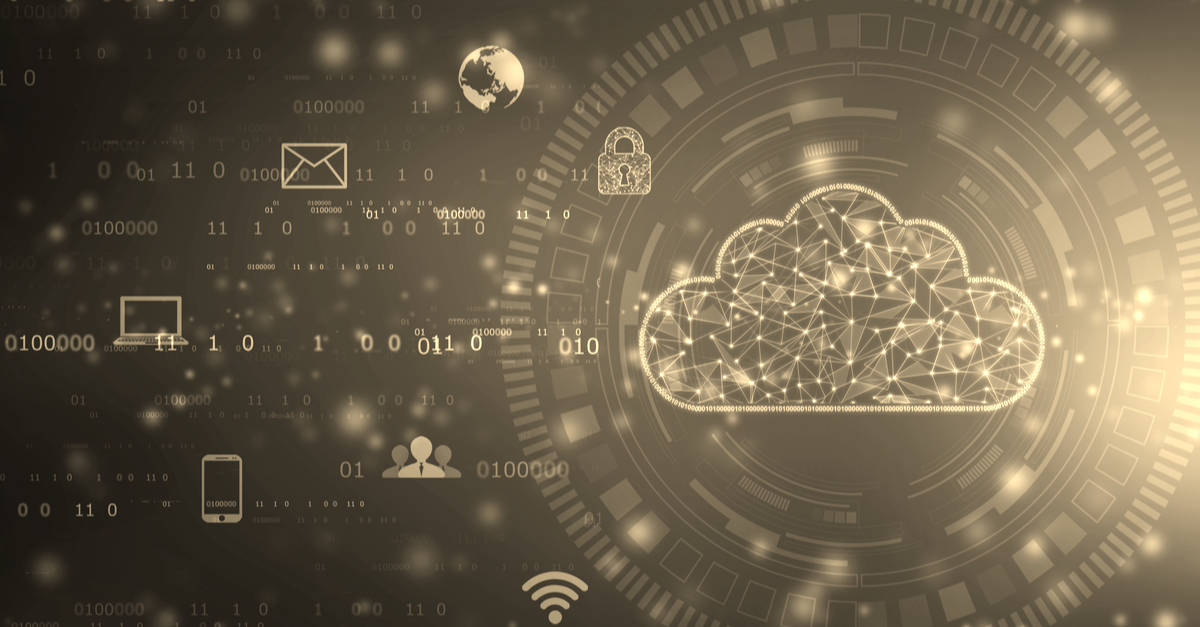 First of all Chaos came into being. But then Gaia broad-chested, always the unshakable seat of all the immortals who hold the peaks of the snowy Olympos. …(A quote from Hesiod’s Theogony). Gaia the Earth. Mother of all.

It is both symbolic and reassuring that the first pillar of European digital independence, the newly launched cloud computing platform bears such an ancient name. That of an unshakable goddess, the “giver of gifts”. It’s also symbolic that Gaia, the goddess emerged from Chaos, the vast and dark nothingness. The modern European Gaia, intended to become the “Mother of the European Infrastructure” is also emerging from such a deep void: the hardly noticeable presence of European companies on the field of cloud computing.

This is true even if some emphasize the modern interpretation behind the name: the Gaia Hypothesis of James Lovelock (1979). Those analysts draw attention to the fact, that the Gaia-X project is similar to the massive, interconnected hive-mind of Gaia/Earth; a mass collaboration involving public and private sectors. Instead of one central actor, a loose and easy-to-adapt cooperation among many providers, enabling the participation of the many specialized providers across Europe. A distributed and interconnected data infrastructure.

After an initial announcement in last October, the (non-profit) joint venture (or, rather the Belgium-based legal entity behind it) was launched beginning June. Behind it are 22 French and German companies (among others Scaleway, Atos, Dassault Systems, Orange, Siemens, Deutsche Telekom and SAP) and several countries, together injecting an initial €1.5 billion into the project. It is planned to be a joint standard of APIs and a bunch of data sovereignty rules, aiming to facilitate infrastructure, application and data portability. Thus enabling businesses, local and national governments/administrations to share their decentralized data in a reliable and secure way.

It was mainly a German-French project from the beginning, but anyone can join, since “the initial goal of the project is to create fair and equal conditions of competition and the affirmation of free competition of all players in the market under the premise of Non-discrimination and on the basis from open systems in a common Partnership with international providers” (Bp Delivery Public Briefing). This basically suggests that US or China based organizations are also welcome as long as they comply to the rules of Gaia-X.

Even though it is not 100 percent European (Amazon and Google are also participating, taking advantage of the above mentioned rule) it is considered to be a giant step towards independence from American or Chinese cloud providers and towards greater protection of European data. As French Minister of Economy and Finance, Bruno Le Maire, explained: “We are not China, we are not the United States – we are European countries with our own values and our own European interests that we want to defend”.

Even if the reasons behind it are legitimate, the Gaia-X project won’t be an easy march forward.

The top ranks of the cloud computing world (Infrastructure as a Service, IAAS market, to use the official terminology) are filled with giants: AWS is dominating the market with 47,8 percent market share, Azure is second with 15,5 percent, Alibaba is third with 7,7 percent. Together with the 4 percent of Google, that’s 75 percent of the whole market divided among four companies, the so called hyperscalers. And we are talking of a market worth $42,8 billion. And growing. The field has many potentials: Microsoft itself reported a 62 percent growth (year-over-year) of its Azure cloud service in this January.

Those already on the market have a great advantage, besides more experience with providing secure and reliable access, of course: because of their market share, they can set extremely competitive prices. The price tag attached to Gaia-X will surely be significantly higher, thus other incentives will be needed to offset the difference. This is even more worrying since the project aims at users as small as SMEs and startups. None of these have unlimited budgets.

One such incentive could be more control over data: with using their own European cloud provider, companies of the Old Continent won’t be subject to the US CLOUD Act requiring US providers to turn over any company’s data stored on their servers regardless of where that company is based. This was just one of the reasons behind calls to protect European sensitive data (intellectual property, R&D projects just to name a few). Another was the heated argument between the Commission and the giants of the field, especially Google, that was fined for antitrust violations back in 2018, with a hefty €4.34 billion fine.

One expert also drew attention to the fact that almost-oligopolies like AWS can offer greatly personalized offers and costumer specific service to companies with long term contracts, along with other offers and discounts. Finding a way to provide something similar on Gaia-X might prove a great incentive to switch to the new provider.

Of course, much will depend on the end result: minimum technical requirements of its infrastructure are still undefined, financing (both upfront and among others. The exact rules of its functioning are still not clear, either, though it is obvious that it has to comply with GDPR and should have clear and user-friendly data management rules. As said before, the price tag will be of crucial importance, too. It is also to be seen, how sovereignty can be achieved with Amazon and Google being part of the project. Some already voiced their fear that instead of more digital sovereignty, the platform will allow these providers to grow their market share.

Another issue that needs further examination and arguments is the real importance of “the geography of the cloud”, whether it really matters to users where those servers or providers are or, to form the question differently, to see how feasible is the geography based division of cloud services. As one Google employee emphasized, “in the cloud age we think it is wrong to define sovereignty along territorial borders”. China’s Great Firewall and Russia’s Runet are two examples on states’ attempts to repatriate data: but they’ve also shown the difficulties attached to these efforts. The balance between the need to protect the internet as critical infrastructure and the need for the free flow of data is to be found for a project like Gaia-X to be successful.

A prototype of Gaia-X is to be released at the end of this year. So the supply side will be ready. It is to be seen, whether there is actual demand for the services it can offer, with the price tag and rules attached. Or it will go bankrupt, just like its predecessor French projects (CloudWatt & Nuergy).

If the project fails, European companies will have to continue to rely on the many products of Jeff Bezos. At least for a while.

Christopher Tapp Follow
« To China or not to China, that is the question (Part II.)
Brexit update – Pirates of the Caribbean style »