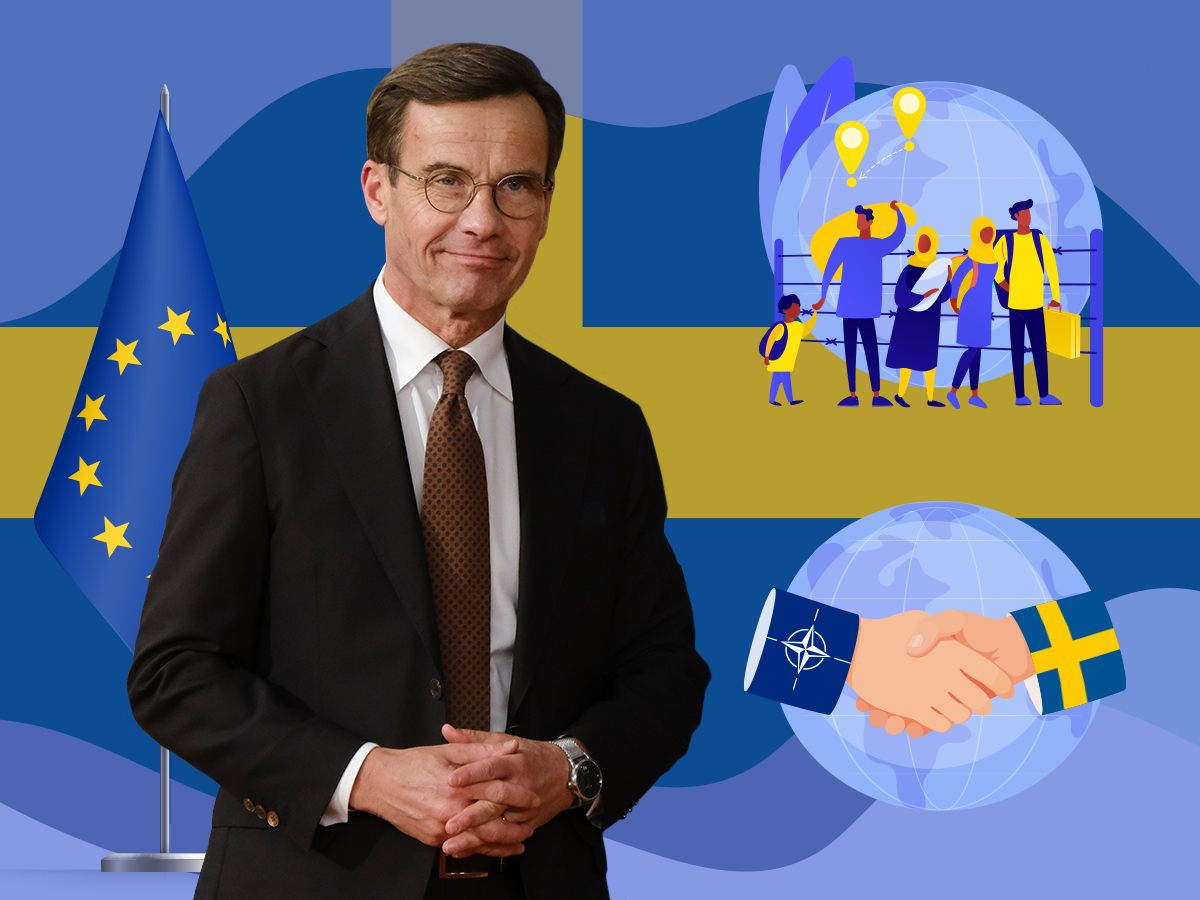 While, in theory, the Presidency always works for the public benefit in a neutral and professional way, namely for the interests of all, it wouldn’t be unprecedented would domestic politics interfere with European issues.

Many, especially MEPs from the Social Democrats of Sweden currently in opposition and their fellow parties from the Socialist Fraction, started to ring the alarm bells early on, fearing that the government will be kept hostage by the far-right Sweden Democrats, and issues like immigration would be hijacked by the hardline stance of their partner. Some worded worries that the EU’s new Pact on Migration and Asylum would be stalled, would Sweden “join the ranks” of anti-immigration countries.

Like Iratxe García Pérez, the leader of the Socialists and Democrats group in the European Parliament, who tweeted about expressing “concern about the negative influence that extreme-right Sweden Democrats will have not only on the Swedish government, but also the Swedish EU presidency”.

Probably that was the reason why, in the last few weeks, representatives of the incoming Presidency repeatedly expressed their determination to uphold and strengthen European values.

There are about 350 items on the agenda of the Presidency, but presently, great emphasis was put on security, including migration, on protecting European business against US subsidies (a tune much welcomed in Paris and Berlin, supposedly) and on climate change-slash-green transition. “Sweden is taking over the Presidency at a time when the European Union is facing unprecedented challenges. A greener, more secure and freer Europe is the foundation of our priorities,” as Prime Minister Ulf Kristersson introduced the priorities to the Rijksdag.

And of course on reestablishing the rule of law, referring to the ongoing dispute with Poland and Hungary.

Looking back at the last few presidencies, it is not difficult to establish the pattern: overly ambitious, sometimes completely “fairy tale like” promises, yet only half of it (or less) delivered.

A more realistic approach would be to focus on a few and channel the attention and the resources to those, to be able to show up results.

Maybe it would be sensible, if the main issues would be security and the ongoing trade dispute with the US, both really pressing and vital problems in the shadow of the war in Ukraine.

Sweden, having given up its almost 200 years’ old policy of neutrality, is going to try to get Sweden’s NATO application accepted. For that, tough stance in EU security issues might come handy. As Prime Minister Ulf Kristersson put it, “the EU would have to adapt to become more resilient” and his country would drive EU efforts to become more strategically potent. And to tackle organized crime.

Migration is also a crucial part of security.

If it had been a hot potato for years, it has become a glowing iron ball recently, with migrant numbers soaring and Austria’s last step of rejecting the Schengen-accession bids of Romania and Bulgaria due to the lack of migration policy. Member States hadn’t really managed to reach a commonly acceptable solution. Sweden has to work hard (both domestically and on EU-level) to reach a conclusion.

It would be a miracle to achieve anything meaningful in the above mentioned topics alone.

And to have a chance in reaching a mutually beneficial agreement with the US (like in making it accept that the EU hopes to develop its own semiconductor industry), that currently has the upper hand in many issues as a consequence of the war in Ukraine, not in the least by delivering vital LNG to the continent, the EU needs to show a unified front.

“Together we can overcome the crises and build a better Europe. But only if we do it together – and only if we in Sweden do our part.”, he said.

It is yet to be seen, how Prime Minister Kristersson plans to achieve that, when, in the same time, he plans to clash with two EU members very close to the frontlines (Poland and Hungary) over rule of law issues.

Of course, it is always a possibility, that the “easier” targets would be pulled to the front, whenever substantial progress is lacked on the vital topics. That would also silence those, who have expressed fears that the Swedish Presidency would handle the issue somewhat leniently, due to the friendly relations of (far-)right parties.