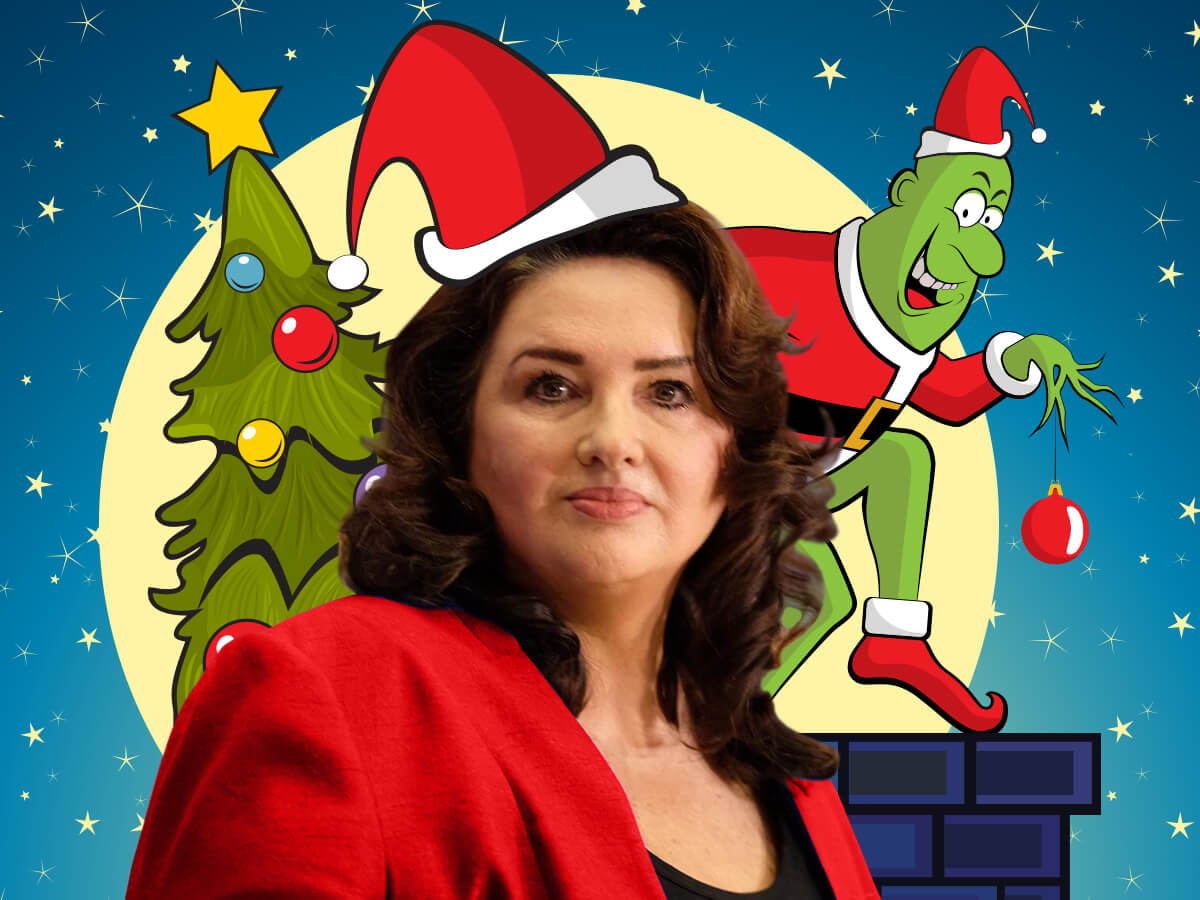 Slightly surprisingly, there haven’t been many memes published (yet) about Commissioner Helena “Grinch” Dalli stealing Christmas.

Which, of course is not exactly the truth.

The 30-page guide in question only tried to give examples on how to use more gender-neutral, LGBTQ+ friendly language within the Commission itself; trying to make sure that “everyone is valued and recognized” in Commission communication, “regardless of their gender, racial or ethnic origin, religion or belief, disability, age or sexual orientation”.

And it definitely didn’t contain anything about abolishing Christmas as a holiday. Only advised using different terms to talk about it.

The publication and swift withdrawal of the EU’s brand-new guide on inclusive language in internal communication, and the desperate attempt to label it only as “work-in-progress” is a strong reminder of the real truth, though.

That language is a formidable weapon.

This is neither new, nor a surprising phenomenon or a stellar discovery.

Probably the strongest example for it in world literature is the “Newspeak” in Orwell’s 1984. For those, who haven’t read it, in Orwell’s dystopian reality, a new language with three levels (A, B, C) was developed, with words’ meanings modified, simplified and grammar altered, too, just to manipulate both speakers and listeners, to limit the freedom of thought and free speech.

Orwell himself thought that language was a powerful tool and that playing with it could eventually create political chaos.

Well, he was proved to be right last week.

While the goal behind the communication guide is a noble one, both the creation and the publication were poorly executed, obviously lacked coordination and common ground, thus chaos was created.

While inclusion is something that should be promoted and strengthened, it is questionable that the war on words is the best way to achieve it.

Recent debates around the very simple word “woman” show, how it is basically impossible to find a term that includes “everyone” and is not offensive to at least some. “Female” or “female-bodied” are considered not less gendered; “people who menstruate” or “people with uterus/vagina” is also often inaccurate for a wide variety of reasons, not to mention that a large swath of the population, who have no trouble at all with being defined as “woman”, might find it utterly offensive, to be identified, basically reduced to one body part or bodily function, ignoring the complex life experience that comes with being … a woman.

It’s not the word that is the real problem.

The real problem is that somebody, anybody can experience disadvantage or exclusion for whatever reasons.

Without naming the place and the time (to avoid shaming people), the author of the present article felt utterly and deeply hurt, when, despite having had more degrees and speaking more languages than the rest of the people in that place combined, she was completely ignored by the men/persons with penises/people who do not menstruate/they, as if she hadn’t been there, just because she was a woman. And the author is afraid that it would have happened even if she would have been referred to as “person with uterus”.

And exclusion and discrimination won’t change by simply changing the term we use.

Just like “Black Lives Matter” proved that the problem of social inclusion in the US didn’t disappear by simply avoiding expressions like “negro”, the recent debates over land and property rights showed that “Indian” and “Native” equally failed to solve the problems of those people, and the troubles faced by the Gypsy population weren’t solved by inventing new terminuses for them.

It is not easy to tell either, when the war on words would or could end.

Especially as it is extremely difficult to define, how big or small the group of persons, whose sensitivities we try to take into account, should be. Should a politician use or avoid a certain word just because one person might find it offensive? Five people? Ten?

Should we start some debate on numbers, the reverse version of what, at least according to the Bible Abraham did with God, trying to save Sodom? 50? Five less than fifty? Forty? I know it is not necessarily a reference book for everybody, and as such, I should maybe avoid using it or find alternatives in the Quran, or maybe from a Hollywood blockbuster, to avoid religious references at all, but then maybe rather from a Bollywood movie for ethnic diversity…

The end might be that the people tasked with creating a policy and writing up a document might spend more time figuring out the exact language to use, than with actually thinking about how to solve that problem and we might end up with intentionally vague and/or watered down enough recommendations, so the least possible number of people can find anything that hurts their sensitivities.

It might look good on paper, but would be extremely difficult to execute.

One of the reasons behind the recommendations (and in fact, behind the similar documents issued by the European Parliament and the European Council) was to warn people to “make no assumption about whether it is a man or woman who does a particular job or plays a particular role”, or in general, to make assumptions about a person’s gender, sexual orientation, ethnic or religious background, etc.

But the thing is, that it might make lives not easier, but much more difficult.

That’s how the human brain functions. We unconsciously make assumptions all the time, about other people’s possible actions and reactions.

Instead of making one assumption, what, by the way, would usually work in the majority of the cases, one would be forced to question every single such thought.

Instead of doing it in reverse, using a term and/or expression as long as the person doesn’t explicitly state that he/she/they aren’t OK with using “Maria” as an example instead of “Malika” or with using “Christmas” instead of “holidays”.

Because, living in Europe, one can make the fairly safe assumption that everybody at least knows what Christmas is and has, at least, seen, a few movies about the stress of the preparations, even if he/she/they don’t celebrate the birth of Jesus/the holiday of love, do it only a non-religious way or simply don’t feel stressed about it.

After all, Christmas, in one way or another is celebrated by many people in many countries around the world, often having nothing to do with Christianity.

Not to mention the bad feelings evoked by the mere suggestion to leave the expression “Christmas” behind for those in CEE, who lived through the Communist Era, when authorities did try to erase Christmas and called it the “holiday of the pine tree” instead. Shouldn’t their sensitivities also be taken into account in a speech that is to represent all Europeans?

It’s not that the issue of inclusion should not be addressed.

But, just to use another Biblical reference, though one, that is so deeply engrained into European/Western thought that even non-Christians/ateists/others use it, the road to Hell is paved with good intentions.

This was simply not the right way to do it.

If even a liberal (think Sophie in ‘t Veld) admits that the document addressed the issue “in a somewhat clumsy way”, then it shouldn’t come as a surprise that a small war erupted around it.

Instead of solving the problem of inclusion, quickly issued “guidelines” like this change the level/topic of the debate into one that is easily mocked, abused, misinterpreted, used for other political purposes. And steps like this make it more difficult to address the issue in a meaningful way in the future.

Leslie Zelinka Follow
« Is something rotten in the Netherlands….
A few thoughts on the Summit for Democracy »