Just a spoonful of realism could already help a lot 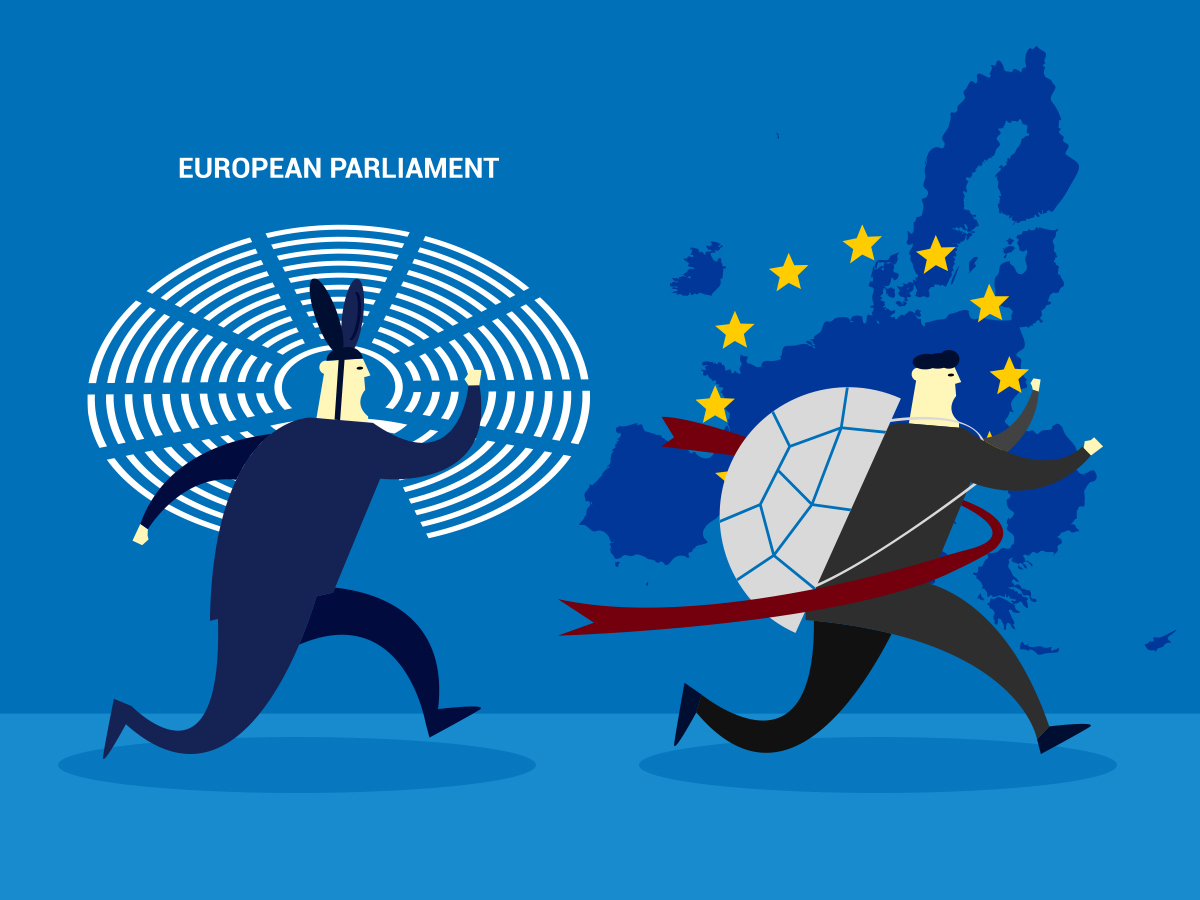 The theme itself is a common element of folktales all over the world, even if there is often some trick or cheating (like several tortoises taking part and starting from different places) involved in the story.

Though the emphasis differs in various interpretations, the message is eternal.

The race is not always for the swift, let it be either because of the risks associated with over-confidence (the hare that falls victim to its own oversized self-esteem) or because the virtue of perseverance (the slow but steady motion of the tortoise).

Many in the European Union seem to have forgotten the roots of the culture and traditions of the continent.

Armed with the arrogance and confidence of the hare, they are demanding radical change. Everything and all at once.

A complete ban on combustion engines.

A complete divorce from Russia and China.

And a complete ban on meat.

Not to mention the dramatic raise of the budget of the European Parliament in times when people are expected to sit in their houses in 18 degrees and accept the sky high inflation.

All at the same time, regardless of the economic or social consequences.

And everybody else, who would prefer a different step or a different speed, a slower, but more deliberate, conscious and level-headed approach, is mocked or criticized like the tortoise was.

Maybe not every sensibility is lost, though, even if it is hard to maintain.

French Commissioner Thierry Breton got his fair share of criticism during the last week, for calling for a “no taboos” review of the 2035 car ban in 2026. He declared that the EU should still hit the brakes on its plan to phase out sales of polluting cars by 2035 if the market for electric vehicles doesn’t take off in time.

A sensible and rational, even realistic suggestion, given the size of the industry, the technology involved and the necessary changes. Not to mention the financial side and the issue of raw material supplies, or the fact that if the rest of the world is not aligned (and as of now, it is not, except for the US, that, on the other hand, protects fiercely its own car industry with the legislation giving tax credits to “Buy American”) the EU might easily push itself into a lose-lose situation.

Though Thierry Breton didn’t say that a halt should inevitably happen, only suggested that the “what if” should be kept as a possibility, he received heavy criticism for it.

The same happened to German Chancellor Olaf Scholz, who was technically declared insane and traitor by many for his visit in China and for his country’s continued economic contacts with Beijing.

Cultural diversity and differences in identity, once the central elements of the European integration, are often deemed “obsolete”, “slow” and “unsustainable” by the “hasty hares”. But if something, the recent election results from Sweden to Italy, from France to Poland show that a large percent of European population would prefer the slow, but perseverant approach of the tortoise.

Because, while concerns about climate change are legitimate, so are fears of rising living costs and the reluctance to pay higher-and-higher energy prices for a green transition, at the expense of bread and clothing.

According to some estimates, the livelihoods of at least one billion (or even 2 billion, by other counts) people on the planet depend on keeping livestock. Going vegan for them is not an option and the alternatives are scarce for geographic, historical and cultural reasons.

Only in Europe, about 600.000 jobs will be lost during the overhaul of the car industry and the number of those, who are indirectly linked to the sector (as suppliers of various parts) is even bigger. The EV sector might offer new opportunities for some, but not all.

While rule of law is a cornerstone of the European (legal) culture, its exact extent, especially whether it should encompass moral issues (“obligations” towards migrants, abortion or the extent of LQBTQI rights) is interpreted differently.

While all human beings have equal rights to live, it is unrealistic to believe or to state that the EU can provide for each and every individual searching, hoping for a better life on the continent, when it has some difficulties to do it with its own inhabitants.

It’s not always easy or popular to represent a more realistic or more pragmatic approach.

Especially not amidst the overheated media coverage, imbued with strong emotions, where the opposing side is, at the bare minimum, “the devil itself” and the end cannot be anything else but a complete catastrophe (if we don’t act at once and in complete accordance with the suggestions presented to us).

Balancing and/or striving to prevent or avoid unnecessary conflict and approaching a problem with cautious realism (at least a spoonful of it), or as Morgenthau put it “a sharp distinction between the desirable and the possible”, would maybe be a more efficient way to handle the issues of our times.

Christopher Tapp Follow
« Is 2015 about to repeat itself?
Key takeaways from the Xi-Biden meeting »