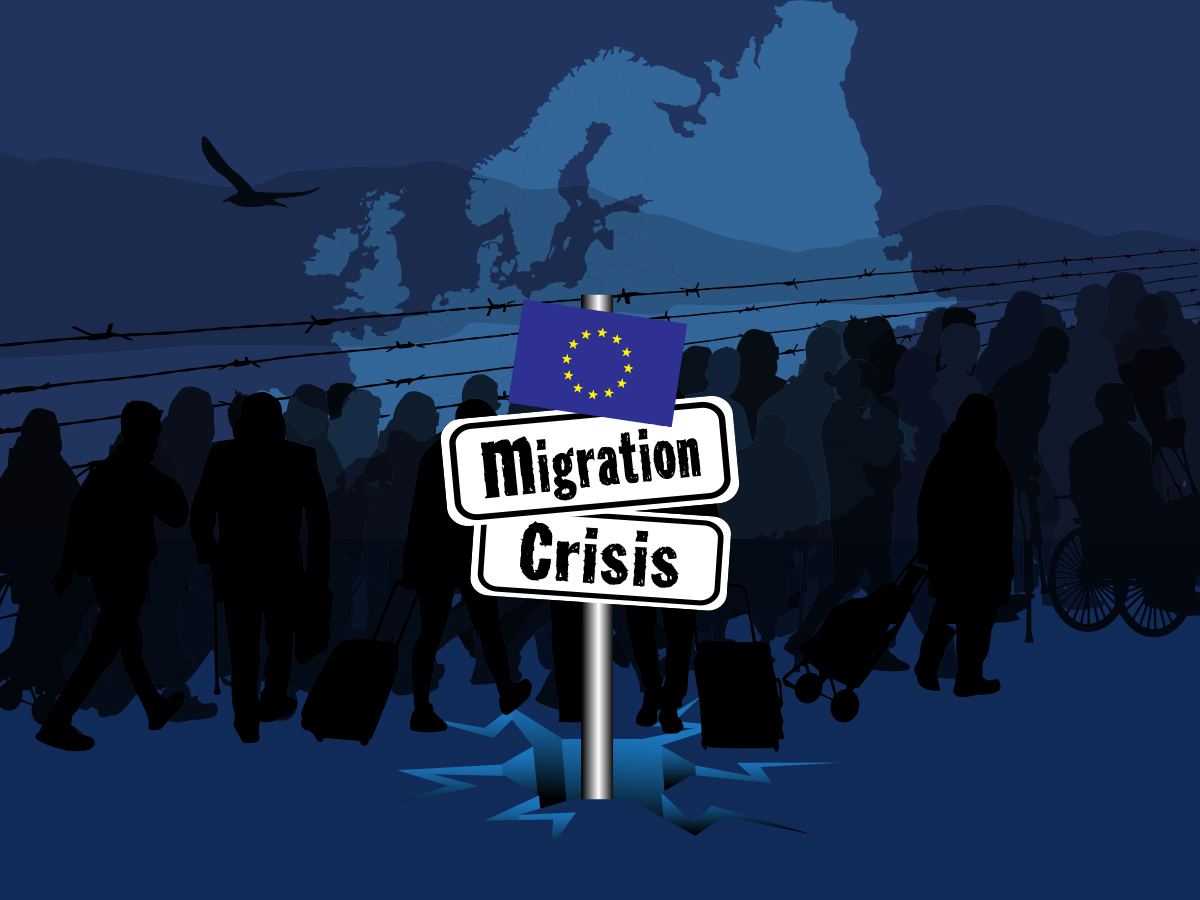 The shocking pictures of the drowned Syrian toddler Alan Kurdi will probably haunt for forever whoever had seen them back in 2015.

For many, the little boy became the symbol of the European refugee crisis in 2015, when hundreds of thousands tried to reach the EU (or some, like Alan’s family the US and Canada), often relying on the services of smugglers or falling into the hands of human traffickers.

His death drew attention to the insufficient response of the international community.

For years, it might have seemed that the problem got solved. Those working in the field knew that this was far from the truth, but the front pages were not full of pictures of people arriving in endless lines.

Reality came back with full force in 2021-22, when, especially after two years spent amidst strict travel restrictions due to COVID-19, (illegal) migration is back again. As if the crisis in Ukraine wouldn’t be enough. (Or, as Ovid put it, pauper ubique iacet.)

According to the latest Migration Outlook report, 2021 saw a 57 percent rise in irregular migration, a clear rebound to pre-pandemic levels. Frontex’s figures are even worse: in the first half of 2022, “irregular entries” rose to 114,720, that is a 84 percent rise compared to 2021. For the first nine months, the figures are slightly better, but still above 70 percent.

Again, countries on the Southern borders of the EU get most of the burden, though Poland and the Baltic states have also seen rising numbers of migrants again, not only because of the sudden exodus from Ukraine. (People leaving that country are not counted among the “irregulars”, mainly economic migrants arriving from Turkey, Belarus, Syria, Afghanistan, Bangladesh, Egypt and Africa.)

In contrast to 2015, when Greece bore maybe the biggest burden, now the routes have shifted towards the Central Mediterranean and to the Western Balkans (200 percent rise to the 2021 numbers in the first six months, and 170 percent rise if we look at the first nine months).

And as the climate change affects agriculture and water supplies, the numbers are only to go upwards.

The EU, that showed unified and robust reaction when it needed to stop the crisis on the borders of Belarus in 2021, has so far failed to do so now. The governments under growing pressure need to take unilateral steps to handle the situation.

The latest of such news was the decision of the Italian government that closed ports to a German flagged ship carrying 179 migrants, allowing only children, pregnant women and sick into the country, while sending back the others to international waters.

Safe and legal routes are needed for those, who have an asylum claim, but also a way must be found to keep the rest away.

It is impossible to predict, how many people would try to reach Europe in the coming years, in response to the ongoing crises. But with social tension growing within Europe due to the double (though linked) challenge of energy prices and inflation, a 2015-sized migration crisis would prove unmanageable.

“Wir schaffen es” (we can do it) was the German point of view in 2015, and the government is still showing openness for welcoming migrants, having cited the economy’s need for skilled and unskilled workers as a reason; but reports from the country paint a different picture: there’s not enough place to give accommodation to newcomers (Bavaria said that its housing capacity is at 102.8 percent), let them be of age or minors. 12 out of Germany’s 16 federal states have started to block further refugee intake to some extent.

The federal government has offered help, mainly in the form of accommodations, but the financing isn’t clear yet. Just like that, it is yet to be seen, how the government plans to enhance the integration process of its migrants, who, according to the latest data are still heavily reliant on state support. Of the more than 1 million who arrived in 2015/16, more than 90 percent still live on Hartz IV and almost 70 percent of them are unemployed or in search of work. Most of them are not skilled.

And the problem isn’t unique for Germany. Or Italy.

Austrian Chancellor Karl Nehammer has also repeatedly warned that the EU asylum system has failed. He has called for better protection of the external borders, a quick procedure for resolving asylum applications, an even quicker return of those who cannot stay and more fight against trafficking. He claimed that the reality of the problem is being ignored by many, and, as a consequence, “Austria is currently heavily burdened by illegal migration.”

Amidst the myriad other expenses, and the attention divided between the energy crisis, Ukraine and managing the negative side-effects of further and further sanctions packages against Russia, it might not be enough.