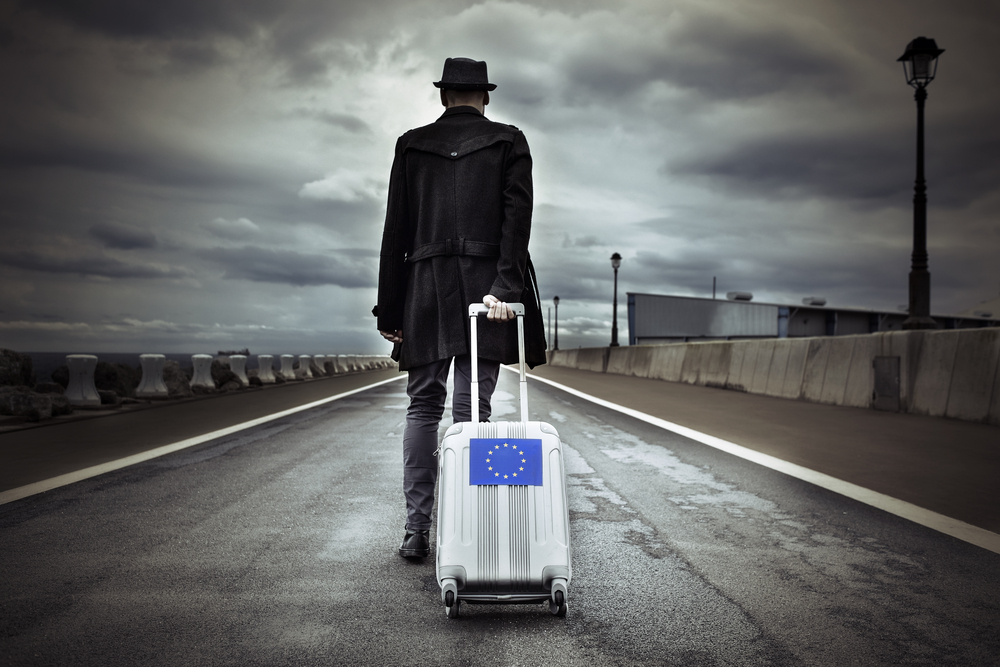 Outsourcing governmental tasks to private companies is nothing new and you can see this kind of cooperation on virtually every field, including not only healthcare or education but also defense and prisons. It’s also not a secret that multinational consultancy firms (and rating agencies) have influence on shaping global and local politics.

But the extent of the involvement of one specific company in European (and US) migration policies has put this practice once more in the spotlight. The article reporting the events I’m talking about appeared on BalkanInsight, though parts of the story were covered earlier by other news outlets (e.g. the American details by The Times, among others). Thus, the story itself is neither new, nor necessarily something unusual.

Nevertheless, it caught my attention last week and after a little bit of digging I wanted like to share my own thoughts about it. And I’d also like to know your opinion.

To quickly sum up the story (you can read the original, quite long piece on BalkanInsight): McKinsey was hired to help speed up the asylum process within the EU (especially on the Greek islands, and Germany). The company’s services were needed because of the EU-Turkey deal, and one specific part of it, namely the rule that asylum applications had to be handled within 15 days. This was preceded by a few months of ‘pro bono’ work directly on the field, but also by advising the highest levels of EU policy-makers regarding how to quicken up things.

Not to mention another advisory work in Germany on how to speed up the processing of asylum applications. “The German Job” added a whopping 29.3 million (by other report 45 millions) euros to the company’s migration related income. Not that bad.

And, as a follow-up, the company was awarded a contract worth almost a million euros to help to enact the policy it helped to create. The contract came with an attached ‘exception note’ stating that “due to the time constraints and the political pressure it was deemed necessary to proceed with the contract to be signed without following the necessary procurement procedure”.

Now, awarding the contract to someone previously involved in a specific work is a thing, and not necessarily a bad one. But one might be forgiven to totally agree with German MEP Daniel Freund, quoted in the article, saying: “If some companies develop programs which then turn into political decisions, this is a political issue of concern that should be examined carefully. Especially if the same companies have afterwards been awarded with follow-up contracts not following due procedures”. (And the contract was indeed found irregular, but not illegal, a year later.)

McKinsey & Company actually didn’t try to hide its role in trying to solve the migration crisis in 2016. But it wasn’t much advertised, either. (It published many other documents later, e.g. on the necessity on refocusing on the integration of the migrants.) On the other hand, at least according to the investigation carried out by the BalkanInsight reporters, EU officials tried their best to conceal cooperation. The company’s name is not often mentioned in related documents, yet the final version of the Joint Agreement accepted bears significant resemblance to the McKinsey version.

The final report of the company’s operations was classified. In June 2019, the Commission justified the non-disclosure of the final report on the basis that the information would pose a “risk” to “public security” as it could “be exploited by third parties (for example smuggling networks) and that it would seriously undermine the commercial interests of the company”.

Opinions also diverge on the actual effectiveness of the company, some claim that it didn’t really decrease the backlog. And, at least in Germany, the sped-up asylum processes, though seemingly solved the problem, actually created another backlog somewhere else: at German courts. As in many cases quantity came at the price of quality.

The company helping out the EU in its deepest hour (at least in terms of the migration crisis) is the very same company that helped President Trump and the ICE (Immigration and Costumes Enforcement) to clamp down on illegal migration after Mr. Trump set out to make good on one of his campaign promises. Luckily for the ICE, they already had a running contract with McKinsey, signed under the Obama administration, tasking it with reorganizing the institution.

Consultants from the company came up with plenty of money-saving recommendations, like proposing cuts in spending on food or on medical care for migrants. They also looked for ways to accelerate the deportation process. Some career ICE workers got quite uncomfortable with some of these ideas, most of them were never actually implemented. Others worried that the recommendations risked short-circuiting due-process protections, by being solely focused on cutting costs and speeding up the process.

Quite similar to what happened in Europe, right?

Another similarity is the role MyKinsey played in actually formulating policy: the article in The Times claims that the company’s staff ghostwrote a government contracting document that defined the team’s own responsibilities and justified a contract extension worth $2.2 million. And, guess what, the ICE had a similar answer to the questions: “Well, it obviously isn’t ideal to have a contractor tell us what we want to ask them to do… but unless someone from the government could articulate the agency’s objectives, what other opinion is there?”. The New York Times reported in 2018, after the contract ended, that the company earned more than $20 million by providing help to one of the Trump administration’s pet projects.

McKinsey has faced mounting scrutiny over the past years, not only because the role it played in managing migration issues, but as various reports emerged raising questions about whether the firm has crossed ethical and legal lines in pursuit of profit. For example, the consultancy returned millions of dollars in fees after South African authorities implicated it in a profiteering scheme.

The reports published by the company (at least those I was able to dig out, e.g. its 2016 report People on the move: Global migration’s impact and opportunity) all share some similarities: they talk a lot about the added value of migration to GDP and about the necessity to gather more data, because “collecting reliable, comprehensive data is critical to managing immigration”. Asylum processes should be “streamlined and efficient”, not thorough and human. Another report illuminates how investing in migration data can bring huge economic, social and humanitarian benefits. It provides detailed calculations of these benefits. The company’s argument is centered around the question: could better use of data help turn human mobility into an asset worth tens of billions of dollars? Migration might not be the main profile of McKinsey, but economics and markets, profits are, for sure. Investment squarely focused on impact.

Is it a crime? No, it is not. (In itself.) Is it ethical? That’s another question.

All in all, the story should be a good reminder why the EU would need a new migration policy as soon as possible. One that makes it possible to avoid the repetition of 2015-16, yet one that provides adequate help to those in real need. Without the necessity to turn to “irregular measures” or for-profit practices. Without creating lucrative business opportunities to some and causing suffering to others.

So, what do you think?