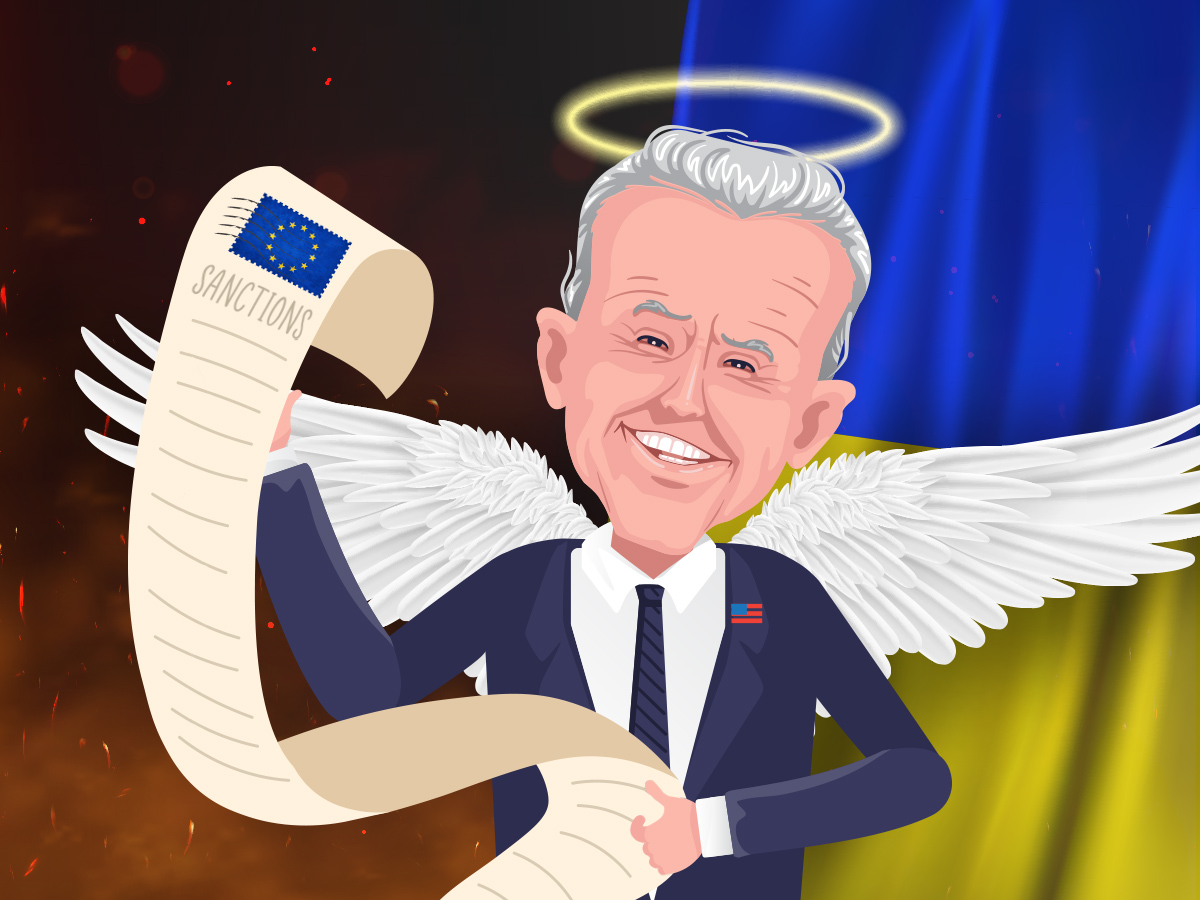 After a series of visits of lower ranking American dignitaries, now it is time for President Joe Biden to show the unity and determination of NATO.

He is expected to travel to Brussels on 24 March, to take part in a special summit of European Union leaders and also to attend an emergency summit of the North Atlantic Treaty Organization, called by NATO Secretary General Jens Stoltenberg, in order to “discuss ongoing deterrence and defense efforts in response to Russia’s unprovoked and unjustified attack on Ukraine, as well as to reaffirm [the US’s] ironclad commitment” to NATO.

A G7 meeting is also on his to-do list and there are several bilateral meetings planned, too, for example with Boris Johnson, because, at least as White House Press Secretary Jen Psaki has announced, the president’s goal “is to meet in person, face to face, with his European counterparts and talk about and assess where we are at this point in the conflict, in the invasion of Ukraine by Russia. We’ve been incredibly aligned to date.”

As of now, there is clearly no lack of unity and generous aid for Ukraine, for sure. In a rare show of bipartisan support, the congress just approved a government spending bill that included an additional $13.6 billion aid for Ukraine, among others the authorization to transfer an additional $3 billion in defense equipment to Ukraine (and to other allies) and various humanitarian support initiatives. This comes after the US has provided $293 million in humanitarian aid to Ukraine and the neighboring countries in the past few weeks and after airlifting tons of emergency supplies to staging centers in the region.

The president is expected to have discussions about future sanctions, as it is obvious that the already imposed sweeping sanctions, thought have crippled the Russian economy, have so far failed to persuade Russia to finish the invasion. (On the contrary, with reinforcements called in from the Far Eastern regions of the country and requests for military assistance sent to allies like China, President Putin seems to be determined to continue the war.)

It is also highly unlikely that any new sanctions that the leaders can agree on can significantly alter the decisions of the Russian leadership. Possibilities include more sanctions on Russian oligarchs, additional measures restricting the access of Russian financial institutions to the international markets or maybe some limitations on the imports of Russian energy products. (The scaling up of U.S. troop deployments on NATO’s eastern flank is also an option.) Those, once again will hurt European economy almost as much as will hurt Russia.

For now, Europe was willing to pay the a very high price for the peace, even if it might not seem so from Ukraine’s point of view, as it is obvious from President Zelenskiy’s demands, who keeps on reminding Western politicians that his country would need more, like he did with Canadian lawmakers, telling them, “Can you imagine when you call your allies, and you ask, “please close the sky, close the airspace, please stop the bombing, how many more cruise missiles have to fall on our cities until you make this happen?” And in return, they express their deep concerns about the situation.”

Already high energy prices are soaring higher, inflation is skyrocketing … and the real price to be paid would only be seen in months, when disrupted supply chains would be rearranged and the new price tags on raw materials and on basic food items would be set. Even staunchly pro-Russian Bulgaria announced that when the country’s 10-year deal with Gazprom expires at the end of 2022, Bulgaria would look for other sources to lessen its dependence on Russian gas.

Though it is unlikely, but a complete ban on Russian oil and gas would put several EU members, from Germany through the Baltic states to Italy or Hungary into a tough spot, as they are all heavily dependent on Russian energy. As the U.S. is less dependent on Russia (energy-vise) it is easier to push for such decisions.

After those high-profile meetings, the president plans to visit Poland.

Despite the suggestion of former Ukrainian President Petro Poroshenko, who said that a visit to the country would be a “symbol of solidarity”, there are no plans to visit Ukraine, repeating the bold or (maybe even) daring step of the Polish, Slovenian and Czech prime ministers, to meet Ukrainian President Volodymir Zelenskiy, who’s rather relied on televised appearances in his campaign of outreach to address various national parliaments asking for additional military support.

Like a no-fly zone, a demand that had been rebuffed on several occasions. A wise decision, probably, given that Russia might find it a justification to launch, a however symbolic, attack on a NATO member in retaliation, labelling a no-fly zone as “direct confrontation”.

There is also a request (supported by various EU leaders), that some form of international peacekeeping mission could guarantee the peace in Ukraine.

But for that, first peace should be achieved.

Marta Loeb Follow
« The next step: EU-wide solidarity
Behind the united front … »