The CDU has a new(ish) leader 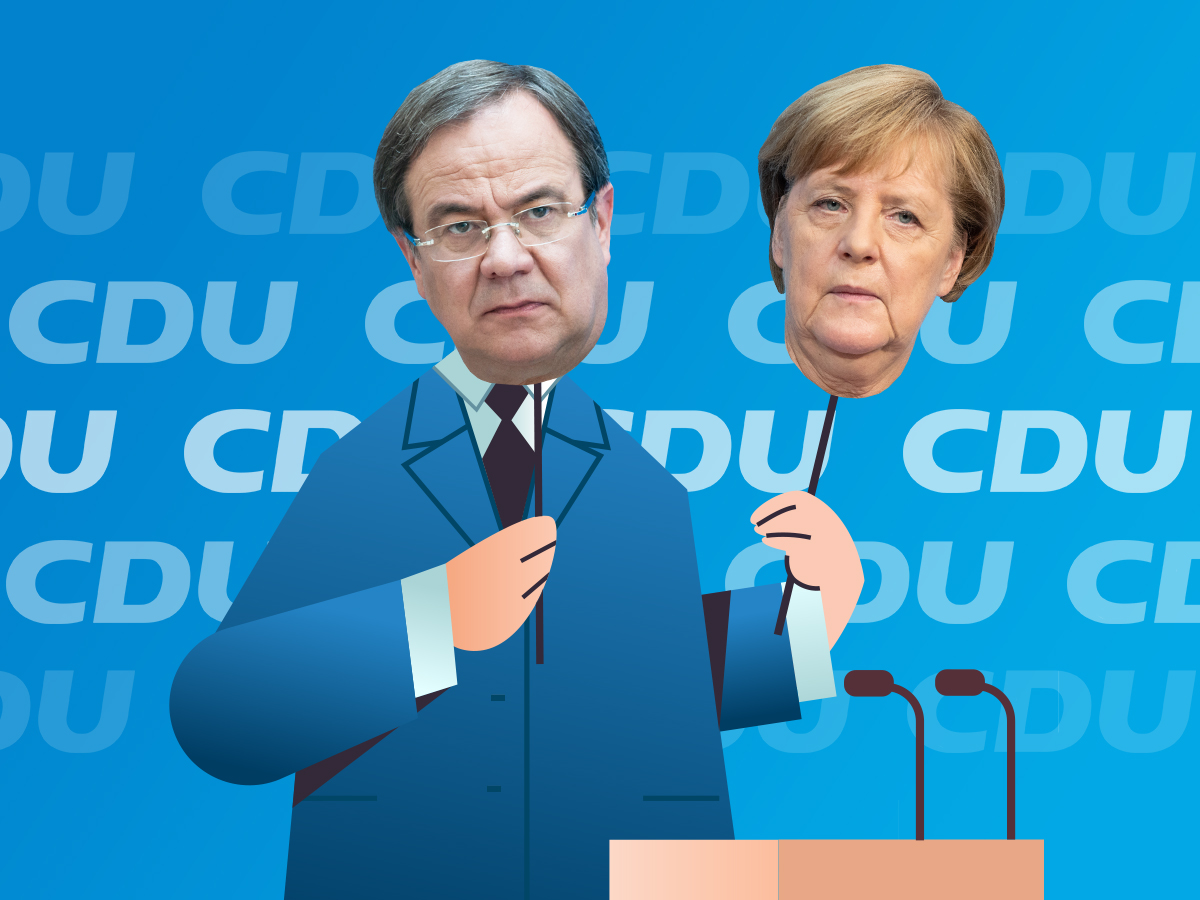 The German Christian Democratic Union (CDU) held its first virtual congress on 16 January, with almost 1000 delegates and without any major glitches. In fact, many claim that it was better than the “normal”, in-person meetings, because speeches were more focused and unnecessary breaks were shorter.

The event was even more important since it was the first time as the leader of the party was elected online.

And the winner is…Armin Laschet, the premier of North Rhine-Westphalia, with a relatively close vote (53 vs 47 percent against Friedrich Merz).

Seemingly the ideal candidate to lead a conservative party: a lawyer, a Catholic and a father of three. The elder of his sons, Johannes is a blogger, model and influencer, dubbed the German “Ryan Gosling”, has already made it to the headlines in Germany, being accused of “influencing” the decision of the “Staatskanzlei”, state chancellery in Düsseldorf to buy face masks and medical gowns from fashion designer company Van Laack in Mönchengladbach.

As he was the candidate favored by the party leadership in general, and Chancellor Angela Merkel in particular, his win is not really a surprise, even if his main rival, Friedrich Merz had substantial support within German conservative circles opposing the liberal-centrist approach of “Merkelism”.

The election of Laschet means the continuation of Merkelism, let it be about questions like migration or COVID-19, foreign policy, EU or even the economy, for that matter. Financial analysist happily reported a day after the election that “the markets love continuity” and that “one doesn’t have to count with a significant deviation from Angela Merkel’s policy”.

Not only “significant” deviation is unlikely. In most issues, the differences are minor to non-existent. Laschet is a believer in transatlantic relations, a pro-EU (keeping together the EU and the eurozone is a priority) Russia-Understander, just like Merkel. He is viewing China through the lens of the German automobile industry, just like Merkel. He prefers fiscal caution over high public spending; he likely will try to find a balance between action on climate change and not-suffocating the economy. Just like Merkel.

The question is how long “Merkel’s shadow” will support the CDU. For years, Merkel succeeded in not only uniting the party, but also in approaching voters, especially women in the center. The price was that some conservatives changed allegiance and drifted even more to the right, often to the AfD, but with voters pulled in by “Mutti”, it was an acceptable loss. Even Laschet himself acknowledged that “many people are attracted first to Angela Merkel and then to the CDU”.

He might have some difficulties “reproducing” the same level of popularity. Besides the above-mentioned little issue with face masks, he’s been repeatedly criticized for the way he handled the COVID pandemic in Germany’s most populous state, and his approval rating has dropped parallel with those criticisms. Some went so far as to question his qualifications for the top job, both regarding the party and Germany.

Of course, electing Laschet as head of the party doesn’t necessarily make him the CDU/CSU’s candidate for the most coveted political post in Germany. A recent survey showed that even among CDU’s own voters, his support is low, only 25 percent believe that he’d be the ideal candidate, while more than 51 percent support Markus Söder (CSU), the Prime Minister of Bavaria.

The Values Union (Werteunion), a conservative faction within the CDU has already proposed that Laschet’s rival, Friedrich Merz be the chancellor, with Laschet keeping the post of the party leader. The head of Werteunion, Alexander Mitch claimed that the party leadership ignored the base of the party, just like they did in 2018, electing AKK to the post.

If there is one particular question, which requires all of Mr. Laschet’s political talent, and which can no longer be postponed, like the congress itself had been before, it is the following: What to offer for those, who feel that it is high time to put more emphasis on traditional CDU values once again? 47% amongst CDU delegates and even more amongst ordinary party members consider this the defining question for the party’s future.