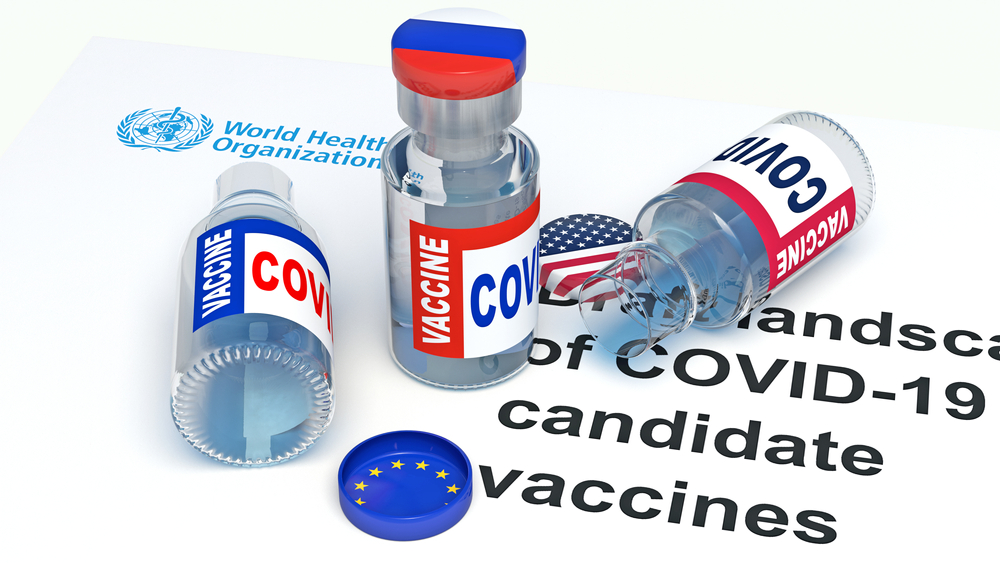 Even before the first efficient vaccines appeared on the market, it was obvious that in the early phases, demand will exceed the supply. And now; all around the world, but especially in Europe, governments and Brussels are trying to balance between multiple factors when it comes to anti-COVID vaccines.

One is the need of speedy mass vaccinations, to get a chance to restart economies and lift some social distancing measures before the last hope of (at least a W-shaped) recovery fades.

The other is the security of vaccines. Too many end-of-the-world movies are based on stories about vaccines turning lethal and killing of most of humanity, while transforming the remaining people into zombies. Not every government is willing to risk any fallback (even if it wouldn’t involve zombies, just some serious side effects) due to untested or not-enough tested vaccines and would opt for slower, yet more thorough procedures, hoping to achieve a higher level of trust among the wider population; while others are willing to give emergency use authorization to vaccines to facilitate quick vaccinations. The later mechanism has an additional advantage, too, that is less competition in demand from other countries.

The third is the price: no matter how much money a country (or the EU) is willing to pay, there are always some, who are willing to pay more, like South Africa, buying vaccines above market price.

Balancing the three is a tough act, the final outcome being determined by the individual interests of each state, which is influenced by many factors, like the current state of the economy, the population’s general attitude towards the COVID-19 crisis and/or vaccination, political pressure, alternative sources of vaccines, price sensibility, etc.

This inevitably turned into a new source of conflict between Member States and Brussels. The latter is accused of being inflexible, both institutionally (being slow in approvals) and politically, being unable to coordinate the interests of the various member states. Additional factors, like issues with delivery or production on the side of the producers, aggravate the problem.

In this moment, the reasons are secondary, the outcome is severe: while the US, the UK or Israel has sufficient stocks, the EU faces a shortage in vaccines. Now resigned Dutch Health Minister Hugo de Jonge admitted on 8 January that from the 8 million vaccines the country expected to be delivered within the first three months of the year, at least 1,1 million won’t make that deadline, leaving half a million Dutch people being lately vaccinated. The reason behind the delay: CureVac’s vaccine won’t be approved by the European Medicines Agency. On 23 January, Croatia suspended mass-vaccination due to unsatisfactory supply. On the same day, France’a national health authority (Haute Autorite de la Santé) has called for a delay in giving people their second dose of the vaccine in order to give more people their first shot. Similar news come every day from all around the EU, it goes on and on.

The question is what the EU will do? Will it help Member States to acquire vaccines (or at least assist in assessing their effectiveness) from other sources, like China or Russia if their national interests dictate so or will it stick to its centralized and sometimes slow mechanism? There’s nothing that would prohibit it from opting for the first option. In fact, given that supranational action proved to be highly ineffective, expensive and slow, it would be a good case to apply the principle of subsidiarity, leaving the decision to the capitals.

And the truth is that some countries have already done so. During the summer of 2020, the German government signed two preliminary deals with Pfizer/BioNTech and CureVac, securing a total of 50 million doses of their COVID-19 vaccines. Given that Berlin failed to announce these deals, the old Roman saying might be applicable: gods may do what cattle may not. Even if commitments were made to delay those deliveries until after EU countries were supplied in accordance with the EU deals, Germany appears to have violated the agreement it had with other member states about not talking separately to vaccine makers.

Germany also started to purchase vaccines other EU countries didn’t want – thanks to its strong budget. The country plans to acquire 94 million doses of the Pfizer/BioNTech vaccine and 50 million doses of the Moderna vaccine, despite having a population of only 83 million people, including children (currently not vaccinated), a clear breach of the proportionality principle of the agreement.

Some went so far as to accuse Berlin with “pure vaccine nationalism”, others took a more nuanced approach, drawing attention to the fact that many countries (like Bulgaria) placed their bets on the Oxford/AstraZeneca vaccine, being both cheaper and easier to handle. Yet the real question is, how much the preliminary side-deals are in line with the 16 December thoughts on solidarity of German Health Minister Jens Spahn, “But we made a very conscious decision to go down this path together at a European level, that we are stronger together. This is true in this pandemic, in everyday life, in taking care of each other, but it is also true in European solidarity.”

One of the latest developments seems to prove, that – at least Germany – has understood the need for more vaccines and quicker deliveries; since a spokesperson of Chancellor Angela Merkel announced on 21 January, that Germany was “open” to the idea of producing Moscow’s Sputnik V vaccine in the EU, officially only after the EMA were to give its approval to the jab.

Given that the procedures of the EMA are notoriously slow, the outcome of this is far from certain.