Ukraine and the cap on oil price 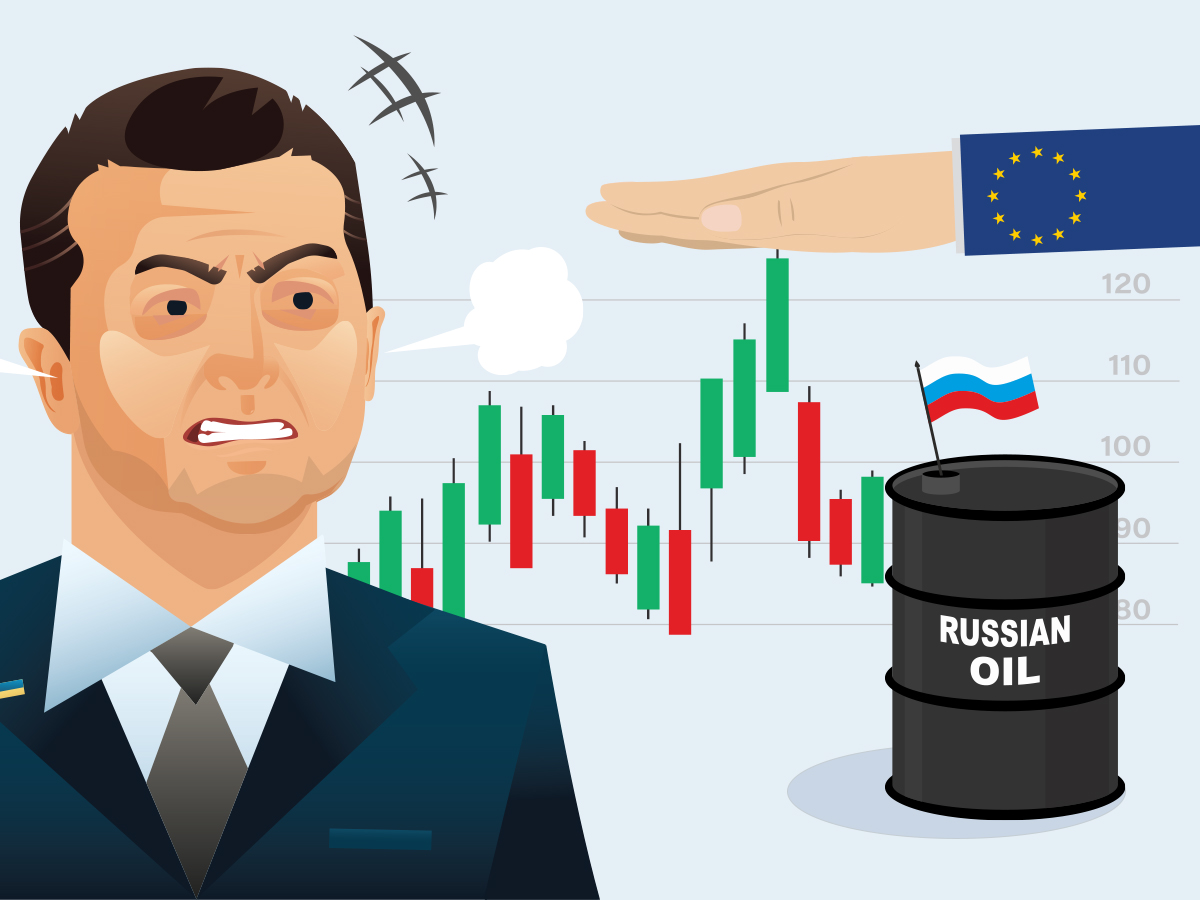 The EU, the G7 and Australia managed a great feat on December 2, finally having agreed on a price cap on Russian oil, linked with a ban on insurance and shipping companies to cover any shipment that would exceed the cap. An adjustment mechanism was also included in the deal that will keep prices 5 percent below market rates. The cap would be reviewed every two months, allowing for further reductions of the agreed price would the market change.

The first Ukrainian reaction, coming from President Zelenskyy himself, was that the agreed $60 price cap was “weak”, not a “serious decision” and that it was “quite comfortable” for Russia’s budget, that would still receive about $100 billion a year.

Of course, $60 is exactly the double than what was suggested by Kyiv.

But in a time when “Ukraine fatigue” builds and when one warning comes after the other about Russia’s efforts to splinter the alliance, like Microsoft’s recent report on Russian cyberattacks or NATO’s evidence of Russia coordinating physical strikes with cyberattacks, every step taken in the right direction, every step, no matter how small it is, that proves that the allies are still behind Ukraine’s back should be hailed and accepted with gratitude.

If experts, like Christopher Blattman, whose recent analysis in Foreign Affairs (ide belinkelhetjük a Why the Conflict in Ukraine Won’t End Anytime Soon c. cikket) paints a rather gloomy picture about a conflict that could drag on for years with no significant change of the current status quo, a type of modern Verdun on the Eastern flanks of NATO; are right, then it is very likely that the rising costs of the war in Ukraine would further feed the growing fatigue.

As of now, public opinion is still mostly behind Ukraine and Western aid to Kyiv is still unbroken, exactly as the recent agreement on the oil cap proves it. That, once again, hurts not only Moscow’s budget, but European budgets, as well.

But just like with most prolonged crisis (think the 2015 migration crisis), as the conflict drags on, support and interest is likely to dwindle.

According to media monitoring platform NewsWhip, digital engagement in Ukraine related topics spiked when the war started, but took a dramatic drop only three months later and has continued to shrink ever since. Interest is still high, at least according to an Ipsos poll in October that found that nearly two-thirds of Americans continue to closely follow the developments in Ukraine and about half of those answering stated that they believed that the U.S. should continue to aid Ukraine. The same is true to the German and French population.

But it should not be taken for granted.

Something that was shown when the same populations were asked about the sanctions and only a fraction of the respondents supported sanctions if those would lead to price increases and inflation.

The reactions to the missiles falling on Polish territory and killing to Polish citizens also showed some subtle (or not so subtle swifts).

While Ukraine was swift to blame Russia and labelled the event as a “very significant escalation”, most of its allies exercised caution. And were right to do so. The reports after indicated that some Western politicians and diplomats are starting to lose patience with Kyiv and fear that its maximalist language and demands risk fueling the “Ukraine fatigue”.

Neither talks with Moscow, either in secret (like those held by U.S. National Security Adviser Jake Sullivan with Russia’s Security Council Secretary Nikolai Patrushev and Kremlin aide Yuri Ushakov), or out in the open (like French President Emmanuel Macron’s or German Chancellor Olaf Scholz’s meetings and phone calls back in February); nor any sanction that is not up to Kyiv’s expectations should be deemed as a betrayal.

Remarks like that of Ukrainian Foreign Minister Dmitry Kuleba’s (“if the Ukrainian’s are not tired, then the rest of Europe, all the more, has neither the moral, nor the political right to get tired”) won’t really help, either.

As the costs of the war grow (so do the estimated costs of restarting Ukraine’s economy and rebuilding the country’s heavily damaged infrastructure) and the end is nowhere near in sight, the sustainability of funding the war is getting more and more into the spotlight, so is the question on how to share the burden between the US and the EU (or as a Republican politician had put it, it was “not in US interests to allow Europe to freeload”), as both fight with intricately intertwined domestic issues as well. And alas, Moscow’s defeat wouldn’t mean a quick end to those.

The cap on oil prices might not stop Russia’s oil trade (and in that much President Zelenskyy is right), but it is still expected to cause severe disruptions to it, including production levels, as well. The extent of its effectiveness depends on many things, given that only a limited number of countries chose to join it (just like the sanctions against Russia), outside the control of the allies of Ukraine, like the fact that Russia itself has expanded its own fleet and recapitalized its own marine insurance company; or the unpredictable retaliation coming from Moscow.

Ukraine would probably have the right to complain if the cap would be the only step taken to try to change Moscow’s mind. But just recently, both the EU and the U.S. has committed to budget support of $18 billion each to Kyiv, and that’s above what was given or offered so far; and regardless of the effects on their own economies, the ever growing cost-of-living crisis, especially in Europe, where about a dozen countries are suffering from double-digit inflation.

U.S. officials have reportedly warned Kyiv in private that it should show at least some openness to negotiating with Russia, to send a signal to war-weary populations instead of bloated declarations about not entering negotiations unless Russian troops leave all parts of Ukraine, including Crimea and Donbas or like those ruling out talks with the current Russian leadership.

As of now, Washington has not pushed Ukraine to the negotiating table, just exerted a “calculated attempt to ensure the government in Kyiv maintains the support of other nations facing constituencies wary of fueling a war for many years to come”. Similar worries were worded by politicians on both sides of the Atlantic.

Of course, that would mean turning back to months of emotional rhetoric, something that probably should have been avoided and a return to a more realistic approach.