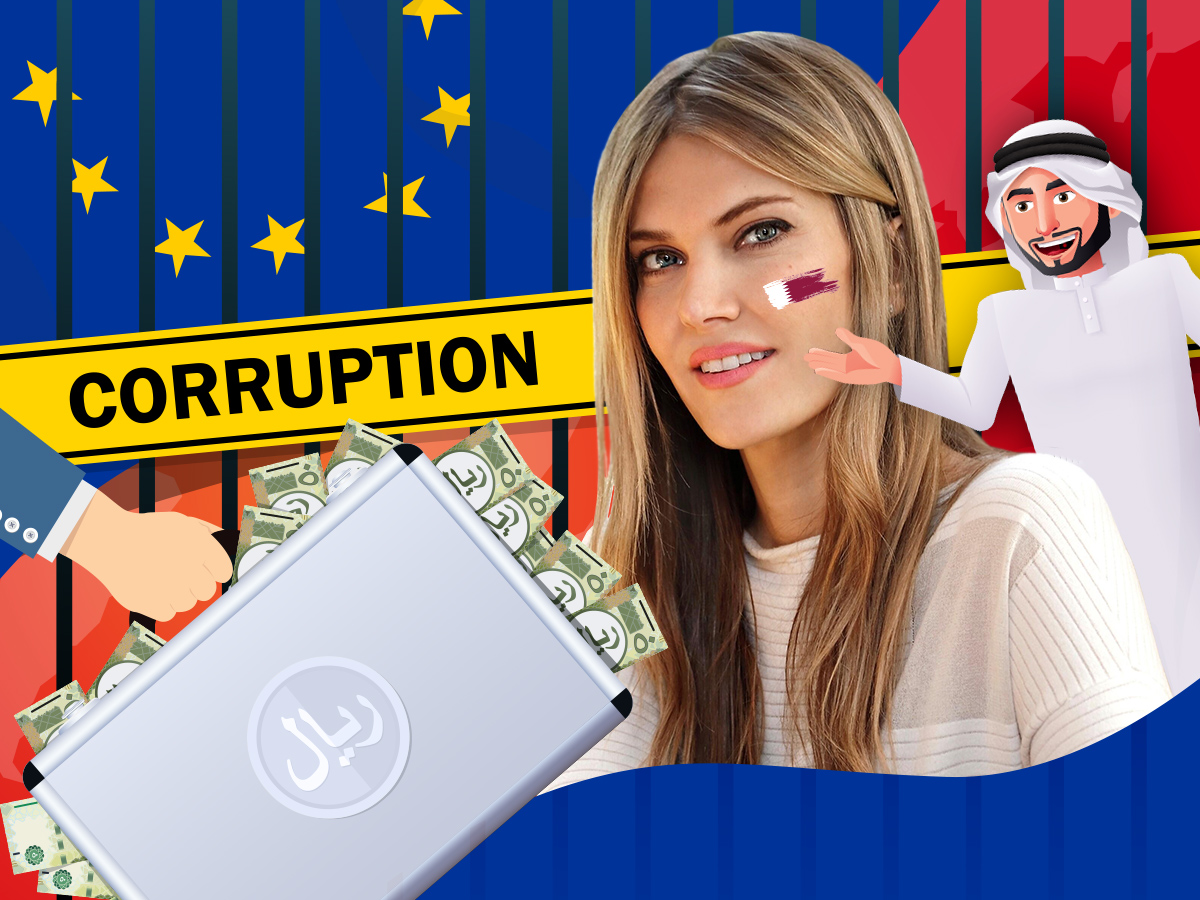 The wisdom behind the ancient, biblical quote should have been a warning for the EU that had been rocked by the Qatar corruption scandal.

While it is not the first major corruption case that hit the EU (think 1998 and the resignation of the complete Santer Commission, or the more recent COVID-19 vaccination deals), the Qatar scandal happened after years of political mud-slinging about the extent and exact meaning of rule of law.

The fact that the European Parliament, the most steadfast and loudest amongst the protectors of rule of law within the bloc is at the center of the scandal, even worse, high ranking figures among the MEPs, including the previously very vocal vice president herself are involved; raises the question of double standards again.

Though the issue is far from over, there are already a few conclusions to draw.

1. The far-right is not turning the scandal into a political weapon, the EP handed it over

Marine Le Pen or Polish President Andrzej Duda may or may not be exaggerating in whatever they said. But it wasn’t only the “far-right” that worded criticism. Belgian Prime Minister Alexander De Croo said that “Belgian justice is doing what, at first sight, the European Parliament hasn’t done. The European Parliament has a lot of means to regulate itself. It turns out that this is largely a system of auto-control based voluntary efforts, which has clearly not been sufficient”.

One thing is hard to dispute.

It isn’t the far-right that turns the scandal into a political weapon.

Yes, political leaders, who previously had been in the crossfire for years based on the very same accusation, took the opportunity and attacked back, that’s undeniable, but it should hardly be surprising in the emotionally overcharged atmosphere that has lately characterized European politics.

But it was the European Parliament that didn’t keep its own house in order and now it is all collapsing on it.

As the investigation proceeds, it seems inevitable that even more MEPs and EP officials will be involved, from more political parties (not just the Socialists and the EPP that got involved on December 15) or countries; and additional charges might be added beside “participation in criminal organization, corruption and money laundering”. Even if probably there are more MEPs who are not involved in this scandal than those who are, the credibility of the European Parliament suffered a terrible blow.

It’s like delivering a mouth-watering dessert on a silver platter and demanding that nobody even cast an eye on it (especially in light of the previous years).

2. Truth does not belong to the one who shouts the loudest

There was a lot of bitterness, but about the same amount of irony in the words of Philippe Olivier, a National Rally MEP, “The European Union loves to give lessons to the entire world.” In the last few years alone, it had issued several reports condemning countries all over the globe for corruption, including, among others Turkey, Ukraine, Kosovo, Russia. And had criticized EU Member States even more times.

It seems that it failed to do the same at home. And now finds itself in the same position.

The EP either didn’t have a clear and concise set of rules to prevent corruption on large scale; or it didn’t do the necessary follow up, to ensure that those rules were kept by everybody.

Or most likely both.

There had been many talk about the need of reforming EU lobbying rules that had too many loopholes, in addition to lax oversight of members’ financial activities.

Yet, in 2021 the European Parliament refused to apply the principle of “strict conditionality”. Had it been accepted and attached to the so-called “Transparency Register”, MEPs could have met with registered lobbyists only. As of today, third country lobbyist are excluded from the Parliament’s “lobby transparency rules”.

While citizen whistleblowers are protected by a series of measures, the EP failed to extend the same protection to people who’d report on suspicious activities within the institution.

It’s not just money. Lack of transparency (or accountability or both) ensures, that gaining undue influence can have many forms from “gifts” and “study trips” to “advisory board memberships”.

Transparency International quickly declared that “this is not an isolated incident. For several decades the Parliament has allowed a culture of impunity to develop … and a total absence of independent ethical control”.

It doesn’t really matter whether it was only a few MEPs among the 705 sitting currently in Strasbourg or the problem is more systemic.

This conduct is unacceptable from an institution that, in the last years, had demanded more and more power for itself and posed as the most important defender of rule of law.

It turns out that it saw the speck in others’ eyes, but not the splinter in its own.

3. It is never late to correct previous mistakes, but what happens until then?

The last few days were full of repeated reassurances from various levels of the EU, including, among others, European Commission President Ursula von der Leyen and Parliament President Roberta Metsola. The latter had promised that “there would be no impunity or sweeping under the carpet”. Josep Borrell said that the case was “very worrisome, very, very worrisome”.

An EU-wide crackdown was promised, along with the creation of an independent ethics-body. The Green and the Renew Europe groups both called for an inquiry committee to be set up, so did the Socialists.

The latest EP resolution in the matter, that suspended all legislative works with Qatar, like talks on visas and air connection, also proposed a ban on donations from third countries to MEPs and demanded greater transparency.

A 10-point action plan was promised, planning to address corruption in the European Parliament and is expected to be introduced in January.

The question is still open: who will guard the guards? Namely, what powers the new ethics-body will have, how its independence will be ensured and how effectively the new regulations will close the existing loopholes.

The ball is in the EP’s court to prove that it can do it and lead the others with stellar corruption records.

The question is, will anybody suspend the budget of the European Parliament until it complies with the principles of rule of law?

One Reply to “A few takeaways from the “Qatar scandal””