When trust is lost… 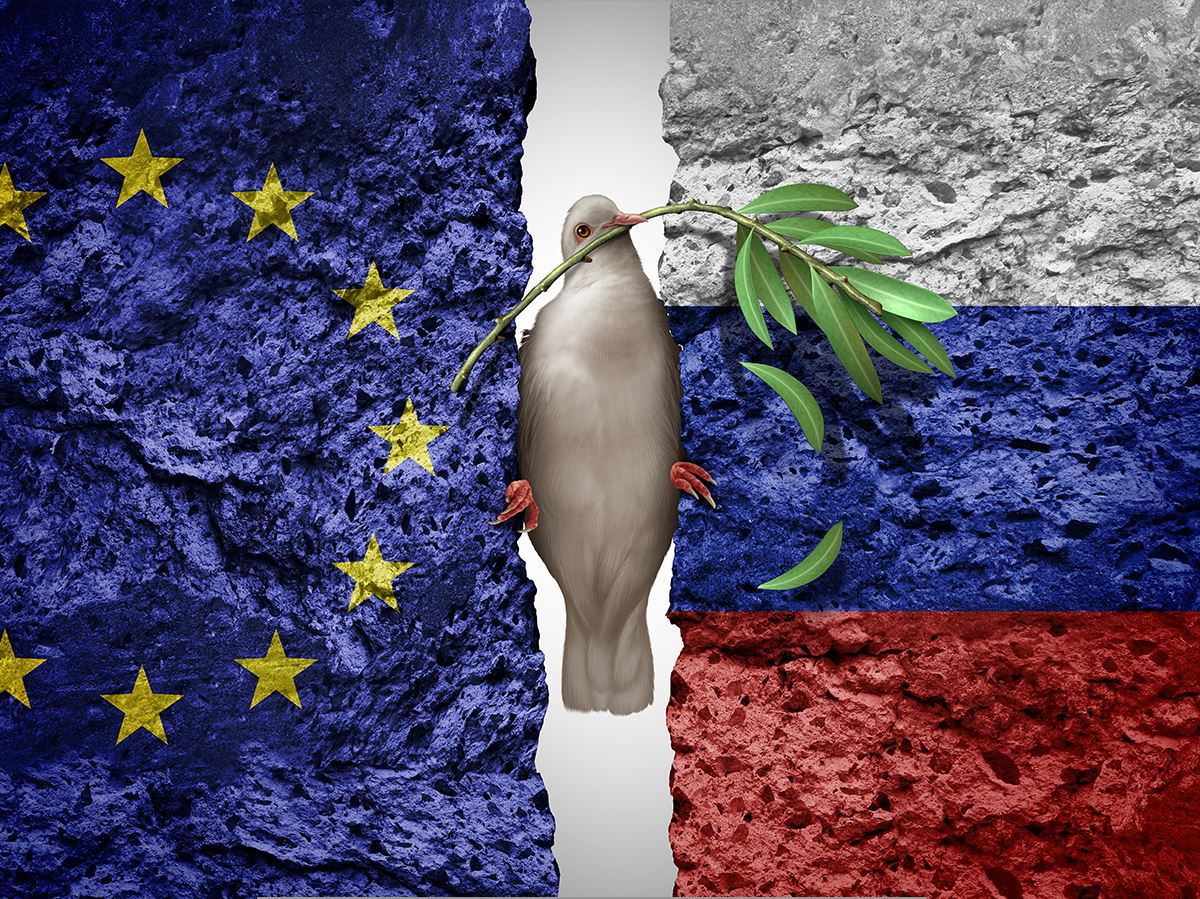 We might never know whether it was an enormous miscalculation on Russia’s side or a deliberate act to hasten the turning-away from the post-Cold War order, but it mostly happened within the matter of days, either way.

While on the political level, there was a lot of debate, well, at least before the invasion, about how the EU (or the NATO) should approach Russia; a united front emerged in no time after the attack began.

Domestic opposition in Russia is also stronger than Putin might have expected, with even some oligarchs begging for the cessation of operations. So is Ukrainian defiance. But the most shocking must have been the Western reaction.

When even notoriously neutral Switzerland is considering taking actions against a country, you know that there is radical change in the air.

And as news arrive one after the other about Western companies from BP to Disney Studios stopping their operations in Russia, and/or international organizations kicking Russia or Russian personalities out of their ranks or are under pressure to do so (like Interpol), it looks like the Iron Curtain slowly falls back. A little more to the East than in the previous case, but it does.

It might happen that Russia will occupy Ukraine. Even if experts doubt that it could be a successful venture, given that a country of 44 million is not easy to control by the current numbers of Russian troops on ground, it might happen. Russia might even be able to install a puppet government.

For how long it can keep it up, is yet to be seen, because the level of resistance shows that most Ukrainians don’t want to belong to Russia. Maybe there are many, especially in the rebel statelets in the east, who do, but it’s only a fraction to the country as a whole. Strategists in Moscow should check the country’s historical records of occupation (think Afghanistan) as to what happens when the population is against the occupier.

In this regard, Russia has already lost in Ukraine.

And as the sanctions and reactions arriving one after the other show; it has also lost the trust of Europe (and the West), a trust that has already been dwindling for years, especially after the occupation of the Crimea.

Unlike with Afghanistan or Syria, where also various Western countries had their fair share of interventionist excursions and subsequent failures, it now attacked a country in Europe, too close to the EU and NATO to accept it with some condemning words.

Trust is an interesting feeling.

It is necessary for any community to function. An individual has to trust the others that they’ll keep the rules, starting from paying for what I want to take from the shop and respecting the others’ property to observing the traffic rules and beyond. The same goes to the community of countries. As long as trust is there, things function.

Alas, trust is not easy to gain, but it is very easily lost when one feels betrayed. And now, with the invasion of Ukraine, Russia gambled on that trust and lost.

Putin made Europeans, people whom he probably deemed risk averse and “too comfy” in their world, highly aware that “war is no longer confined” (not to the battlefields, as King George VI has said it), but to faraway places. That the relative peace the continent enjoyed since the Second World War could end in a whim. This war has very real effects on everyday lives.

To regain the trust would be not impossible, but would require a lot of commitment on Russia’s side, things Moscow is likely not ready to pay.

It might try to forge a second pole instead, an alternate stronghold with China and a few likeminded countries, maybe with separate banking and another currency instead of the dollar. But the thing is, support for the Ukraine invasion is limited, well, is limited mostly to verbal support and offers to buy Russian products. Except for Belarus that seemingly lost all its sovereignty and has no room decide on anything important without Russian approval.

And the fate of any further alliance will very much likely depend on how the situation in Ukraine plays out and how united the Western front stays against the aggression.

But that is a problem and question that will be answered only in years. Years that would be spent with forming and strengthening new, different alliances. In some resemblance to the Cold War, the pressure to choose sides will be growing, especially for those countries who are close to the borders of the once again opposing sides.

In Europe that could mean, not only Ukraine, but Moldova and the states on the Balkans, too. The race for them had already begun, but now it is likely to step into a new phase. And with EU accession having been delayed for years, maybe decades, Russia’s influence has grown in the region …

Leslie Zelinka Follow
« What the Ukraine crisis could mean to Article 7 proceedings
Who will join the EU next? »