Who will join the EU next? 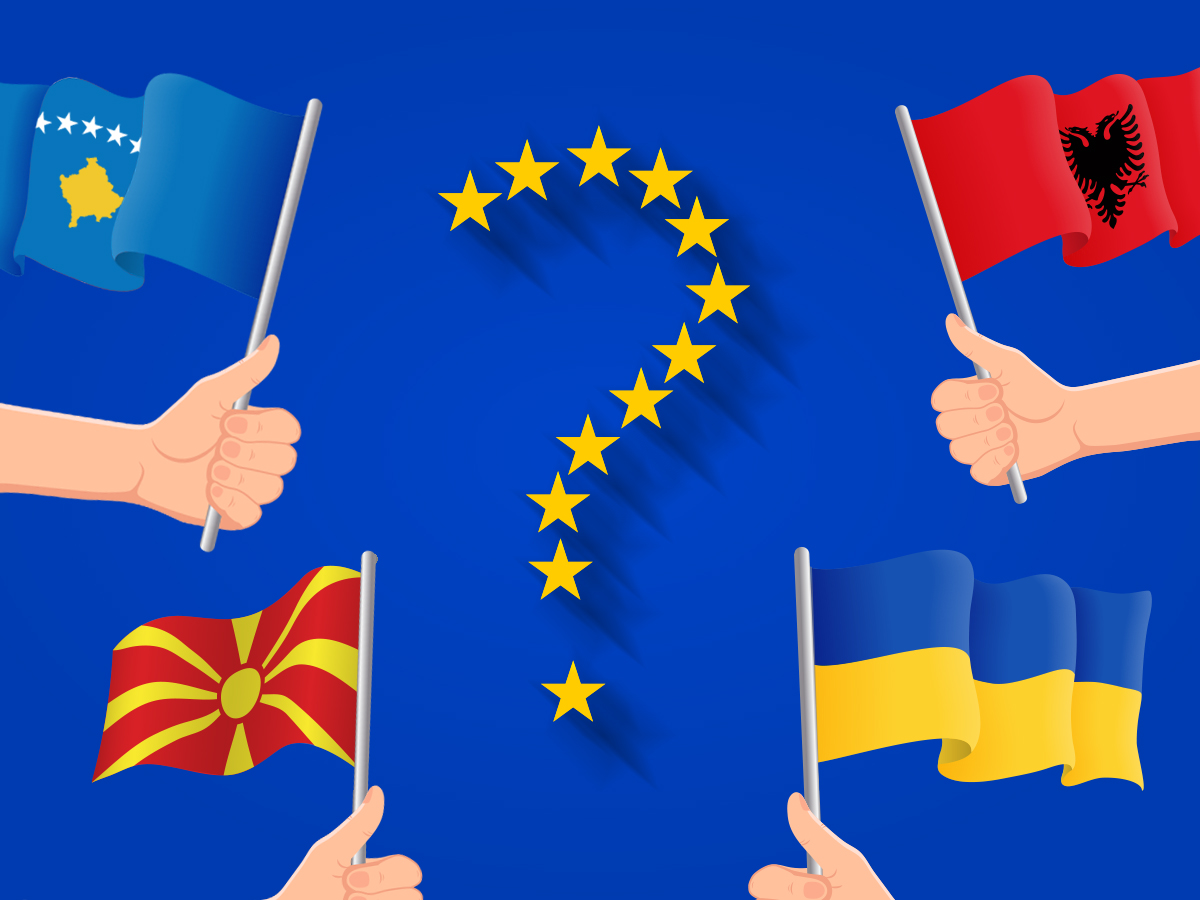 Pictures of Ukrainian President Volodymyr Zelenskiy signing the country’s official request to join the EU were hot topics all over Europe.

So was his desperate plea, published earlier on his Telegram channel, that the EU should allow Ukraine to join the bloc in a new, simplified procedure. “We ask the European Union for Ukraine’s immediate accession via a new special procedure. Our goal is to be together with all Europeans and, most importantly, to be on an equal footing. I’m sure it’s fair. I’m sure we deserve it. I’m sure that all this is possible.”

The Ukrainian request was supported by several member states, mostly former Comecon/Warsaw Pact countries and received a standing ovation in various institutions of the European Union, but received mixed-slash-cautious reactions from others.

European Council President Charles Michel said, for example, that there were “different opinions” among member states on the matter, but promised a debate on the issue, emphasizing that the EU already had a “very powerful” association agreement with Ukraine, that “could be reinforced”. European Commission President Ursula von der Leyen also only said that “indeed over time, they belong to us. They are one of us and we want them in.” Emphasis was on “over time”.

German Foreign Minister Annalena Baerbock also reacted only with moderated enthusiasm, “the EU has always been a house with open doors” and “Ukraine is a part of the European house”, but “accession is not something that can be completed in a few months, but involves an intensive and far-reaching process of transformation”.

As the process normally takes many years (decades) to finish, it seems (at least in this moment) unlikely that Ukraine will join the EU soon, especially given the volatile situation in the country, that is not likely to change in the nearby future.

But whatever happens to Ukraine, the Russian invasion has set forces in motion that are difficult to stop.

While the 1990s were the time when experts hailed the end of history (a la Fukuyama) and boasted about how ever-increasing connectivity would link the whole globe into one happy community.

Now, once again, the time seems to have arrived to choose sides.

Notoriously neutral Switzerland, but also non-NATO members like Sweden or Finland, already did.

So did Serbia, a (so far) staunch ally of Russia, at least it voted in favor of the UN General Assembly resolution condemning Russian attack on Ukraine, announcing that the country was “committed to observing the principles of territorial integrity and political independence of states”, even if (as of now) Belgrade failed to join the list of countries introducing sanctions against Russia.

Unlike Serbia, most countries on the Western Balkans have been pro-European for many years, yet are not EU members, mostly due to the combined effects of domestic politics and EU enlargement fatigue.

Like Albania, that (unlike Ukraine) is already a candidate country for the EU, and has been a NATO member since 2009. (And has announced plans to host a NATO airbase.) Or North-Macedonia, that finds itself in a similar situation: member of the NATO, EU-candidate.

Just like Albania, Kosovo has also been staunchly pro-EU and pro-US, also a strong supporter of NATO, thanks to the intervention during the Kosovo-Serbia war. So far, Pristina has pledged full support to Kyiv, too.

The region has seen its fair share of conflict and peace is fragile, so fears are running high that long-running ethnic tensions would get stoked and exploited again, to prevent the EU accession of those countries. Those worries are enhanced by claims taken by Moscow, like that “mercenaries from Albania, Kosovo and Bosnia are being sent from those Balkan states to fight on the Ukrainian side”, a claim all capitals vehemently denied, yet they fear that it could serve as basis for Russian retaliation.

In Bosnia and Herzegovina, security situation has been deteriorating for years, yet now, after the invasion of Ukraine, it got worse. In anticipation of trouble, the European Union Force Bosnia and Herzegovina (EUFOR) announced that it would nearly double its military personnel, with additional 500 soldiers getting deployed from Austria, Bulgaria, Romania and Slovakia.

Conflict on the Western Balkans is contained, as of now, but just like in the case of Ukraine, peace shouldn’t be taken for granted. And yet another war on the Southern flanks of the Union is something that should be avoided.

Several experts have pointed out that NATO has some responsibility in the current crisis by promising to Ukraine and Georgia that they would become NATO members (and it did so already back in 2008), without actually specifying the details of the how or when and with that creating a prolonged “insecure” period.

There could (and maybe should) be arguments about the accuracy or correctness of such claims, but many surveys have shown that though both NATO and the EU enjoyed the support of the majority of the populations in the countries of the Western Balkans, that support fluctuated and even diminished as the process dragged on for years after the promise was made. And when support dwindled, pro-Russian forces got stronger.

One possible way to show all the EU-candidates on the Western Balkans (including Serbia), that the EU is really “determined to maintain stability” (and is not just offering verbal commitment) could be to firmly anchor those countries into the orbit of the EU, by offering them the same fast-tracked accession possibility as to Ukraine, if they ask for it, or any other, mutually acceptable way of enhanced cooperation.

Not only in the form of well-phrased declarations.

Not necessarily because they meet all the criteria in all the 30 chapters, but because as of now, the EU needs to develop a new “culture”, that of strategic thinking, to mobilize all the instruments available to protect the collective security and interests of itself and its partners. Maybe high-level talks should start with those partners within the Eastern Partnership, too, that have chosen a pro-European course.