Failure of the Swedish model 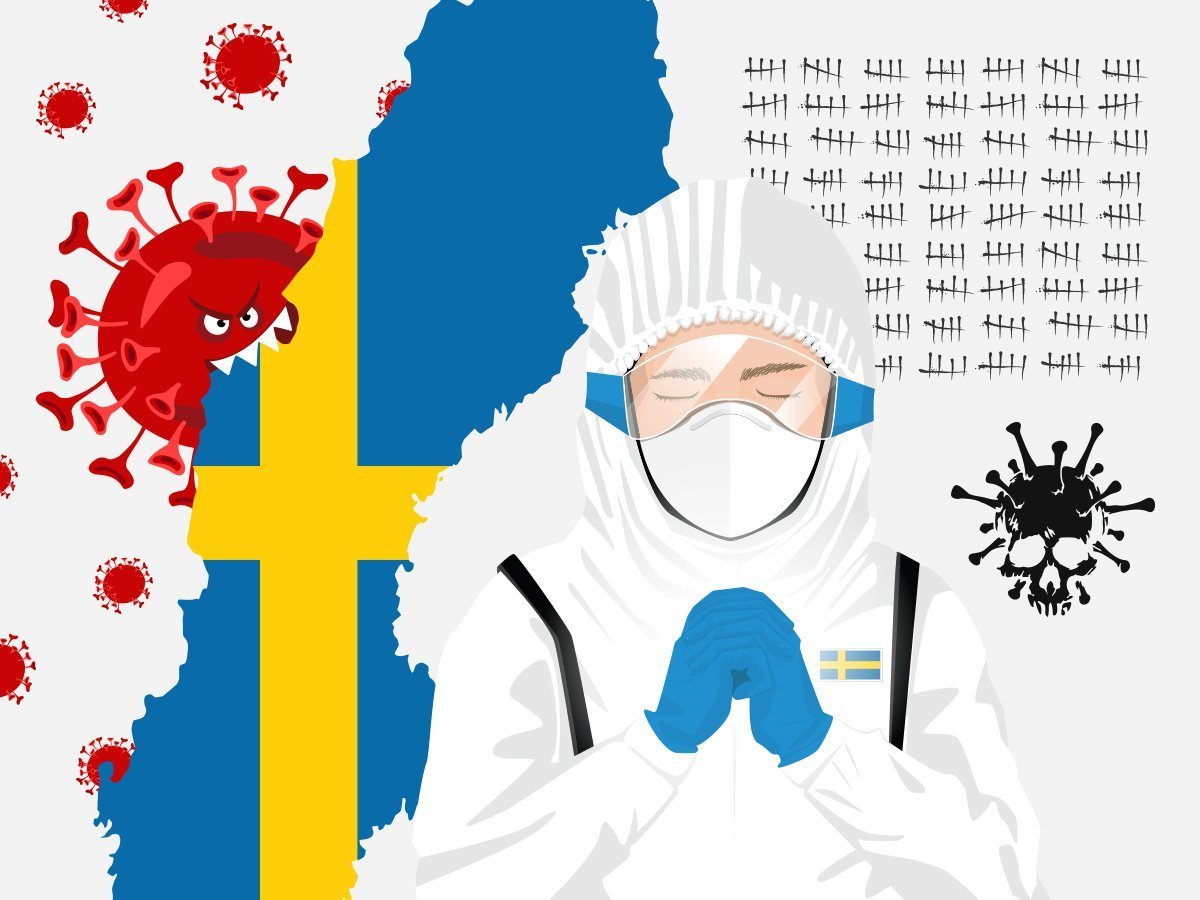 Sweden has been trying to hide the consequences of its disastrous COVID-19 response for too long. The country’s strategy is a clear failure; Sweden has the highest death toll among northern countries per million, far worse than the heavily hit United States and on the way to catch up with Italy soon.

And these staggering numbers don’t even tell the whole story. Sweden simply hasn’t been testing enough, even those with clear symptoms couldn’t get a test. Therefore, people dying outside the hospitals or the elderly in care homes aren’t even counted as COVID deaths. After months of inadequate efforts, the government has finally decided to scale up the number of tests, so far not even meeting its own goals.

It is better to have a look at excess deaths in Sweden. There is a project in the EU called Erumomo (European mortality monitoring) that does just that. It uses a so-called z score to compare excess deaths in time and between countries.

In Finland, Denmark and Norway deaths compared to previous years are lower. Due to the coronavirus, these Nordic countries have been on lockdown for weeks now, starting only recently to open up slowly. There are fewer people on the streets; more adults looking after children, in general these northern countries are safer places than in any previous year, especially Finland. Now what’s going on in Sweden? The z-score has increased well above 10, which means a very high level of excess deaths. People are dying as if a third world warlord was running a genocide campaign there. Instead, it is COVID-19 in Sweden, killing its vulnerable and poor, those who are unable to work from home, forced to live with their extended family due to financial reasons, and those who are old or have a weak immune system. But how many lives is it actually? According to the official statistics, 10,000 died in April, of different causes, the highest in 20 years, and the epidemic is far from over. The official death count due to COVID-19 stands at around 4,000 so far but it is most likely an underestimation of the real figure.

There were hopes that by the end of May more than 40% of the population would develop immunity to the virus. Well, it didn’t happen; after all the suffering caused to the most vulnerable, only a small fraction of the Swedish population, around a mere 5%, turns out to have developed antibodies and thus immunity to the coronavirus. And we don’t even know how long this immunity will last; other types of coronavirus infections provide immunity for a year or less, maybe several months longer. The ratio previously estimated at around 15-20% isn’t higher than 7,5% in Stockholm, the most infected city. Herd immunity, when the virus is unable to spread further due to the high ratio of people with immunity, can be achieved around 60%, which is a far cry from 7.5% and would lead to tens of thousands more unnecessary deaths. And the spread of the virus, due to its fast dynamics, will overshoot 60% and more probably will reach around 80%, meaning around 40,000 lives lost in the race for herd immunity. All this suffering is in the name of defending the economy. Yet it seems highly illogical; Sweden is an export dependent country, and is unable to protect itself against the global downturn anyway. According to the Swedish Central bank, the economy will shrink 7-10 percent in 2020.

This Swedish model of relatively mild restrictions and a lax attitude towards the spread of the virus has been praised by some abroad and defended by the Swedish government as well as its ambassadors. Nevertheless, the bare truth is that Sweden has neither a strategy nor a model. Sweden has arrived at the current situation having one of the highest mortality rates in Europe through a series of avoidable mistakes. It let Swedish tourists return from the infected Austrian ski resorts and continue their normal lives. It did not close retirement homes in time. It did not buy enough protective equipment. It did not close schools and thus deliberately exposed young children to an unknown pathogen. Also, most carelessly, it allowed infected people without symptoms to carry on with their everyday life.

The Swedish government has simply avoided doing what it was elected for; taking decisions. Instead, politicians have let “experts” run the show. Anders Tegnell, the chief epidemiologist has been the man in charge of the response. He underestimated the level of threat from the beginning. At first, he thought the virus wouldn’t cross to Europe from China, then he said it was just like your everyday flu, and argued that herd immunity could be reached by protecting the elderly and infecting as many young and healthy people as possible. None of those have turned out to be true, but he is still in charge, despite being heavily criticized by several Swedish scientists.

We have arrived at a point where there is a country in the European Union deliberately giving up on a part of its population for the elusive goal of defending its economy. This cannot continue any further. The European Union, which has strict standards for animal welfare, must have minimum criteria for how individual members should and should not treat their citizens in case of a pandemic. It is simply against the very core values this Union is built upon to let dubious scientists experiment on the population. It speaks volumes that the only country in Europe following a similar “strategy” is Belarus, however they are doing a lot more tests than Sweden.

Even if the majority of Swedes support these policies, it is the minorities, mostly immigrants and the elderly, who are to suffer. They are over-represented in low-paying jobs in care homes, the service sector, and in a series of jobs that average Swedes are increasingly unwilling to do. Members of the middle class have quickly adopted the home office model, order their food online and occasionally go out for a drink.

Endangering minority groups for the sake of the greater good of a nation sends an extremely bad message in Europe considering its history, and is an especially bad choice for Sweden due to its own past with the Sami. We shouldn’t let that happen again. It is time for the European Union and its member states to bring the Swedish experiment to a halt and force its government to accept reality. If Sweden is unwilling to cope, sanctions and border closures shouldn’t be ruled out. And border closures are already the norm as Sweden’s neighbours are rather nervous about the high death toll.

We have an obligation to defend the lives of the many Swedish citizens who would die if Sweden continued with its unacceptable policies. And if we need to do this against the will of the majority of Swedes, than let it be so. There are only a few brave enough voices in the country standing up against this nonsense but their voice is getting louder and louder. Leaders of the European Union and the member states should help them stand up against the Swedish state and it’s fatal policies.

Leslie Zelinka Follow
« A New Crisis in the Making
The EU is in a time loop, sort of… »