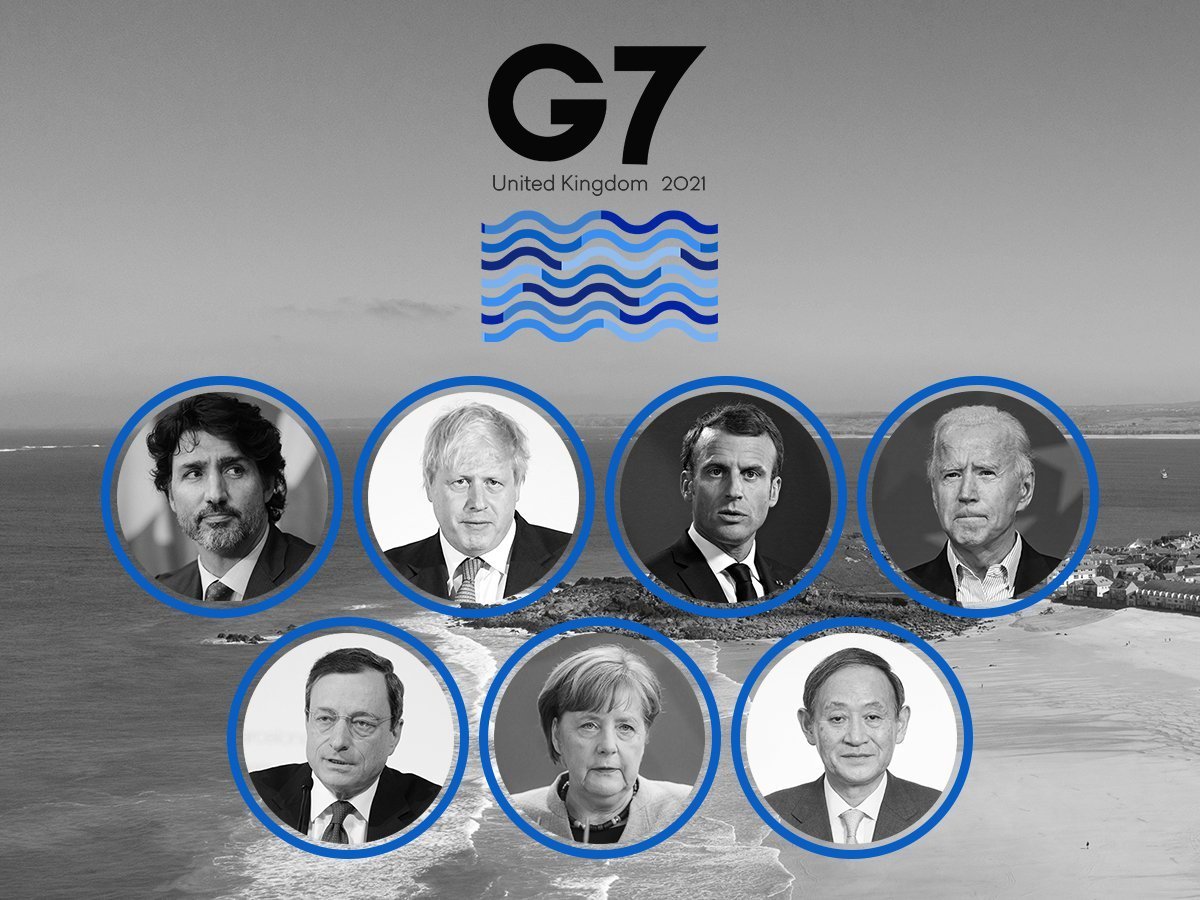 About 13960 words from start to finish, excluding the title at the beginning and the usual formalities at the end. In its 70 paragraphs, it covers everything trending now in world politics from climate change to COVID, from the Olympic Games to China.

It is not that such communiqués usually contain extremely precisely worded declarations, or that very concrete political statements or specific commitments get included in such documents.

But the vagueness of many points shows, how differences remained and are likely to do so, between the two sides of the Atlantic, irrespective of the change of person in the White House.

Let it be about global infrastructure development, a kind of Anti-One Belt Initiative (“we will aim for a step change in our approach to infrastructure financing, notably on quality infrastructure and investment, to strengthen partnerships with developing countries and help meet their infrastructure needs”); or ending the use of coal for electricity (“we stress that international investments in unabated coal must stop now and we commit now to an end…”), the wording was more cautious than President Biden hoped for.

G7 leaders couldn’t unite against China, either. European leaders still were less eager to join the bandwagon and go as far as Washington wanted in holding China to account on human rights issues; but at least the call was included for a timely, transparent, expert-led, and science-based WHO-convened Phase 2 COVID-19 Origins study, including, as recommended by the experts’ report, in China.

It is a telling sign that internet was cut off to the meeting room where leaders gathered to talk about taming Beijing, a harsh reminder that cybercrime and digital surveillance are threats to stay with us, as recent attacks against critical infrastructure in the US and in Europe had shown. The communiqué also named Russia as a culprit in malign cyber activity, including ransomware attacks.

The gathered leaders also took a joint pledge, to provide an additional 1 billion vaccines to poor or middle-income countries, including 500 million from the United States. That is a big step forward, compared to few months before, when the US kept pestering the EU about vaccines, yet was reluctant to share its own resources. The offer of Pfizer-BioNTech vaccines also comes “with no strings attached”, as President Biden announced it, a message aimed against China and Russia, accused by “malicious vaccine diplomacy”.

All in all, the sentiment was still, “OK, the US is back but now what?” Outgoing German Chancellor, Angela Merkel admitted following the summit, that just having Biden in the US seat at the G7 wasn’t an end to the problems facing the world.

Takeaway Nr. 2. Meeting in person might make things easier, but not tout suite

In between seaside barbeques and ice cream sundaes, and before the UK starts to prolong or extend lockdown measures facing the new wave of the pandemic, the G7 leaders tried to make up for the lost one year (and few months).

As President Biden noted before, meetings with fellow foreign leaders over video conference, the first of which he held with Canadian Prime Minister Justin Trudeau; were not the same and he wanted, needed to start traveling as soon as it was safe. It is not surprising from someone, whose career was built on these kinds of interactions. To quote Madeleine Albright, “on the Zoom, you have no kind of sense of their movements and how they sit and various things that show what kind of person you are dealing with, (…) you can’t judge what’s going through their minds”.

Face to face meetings and seaside strolls provided perfect opportunities for photoshoots, trying to prove that the atmosphere of the meeting was more relaxed than the previous few G7 summits, where President Trump often looked like a sulking child among world leaders.

Yet, no matter how jovially President Biden and President Macron embraced each other, or how friendlily the American President chatted with Chancellor Merkel, imitating previous photo-ops between the German politician and then-President Obama, there are differences that couldn’t be solved just because the world leaders could meet in person.

For example, the question of Nord Stream, that still casts a shadow on US-German relations, even if President Biden recently waived sanctions against the project, which would have complicated relations with a trusted ally in Europe. Or the question of taxes, customs and other financial issues, opposed by Canada.