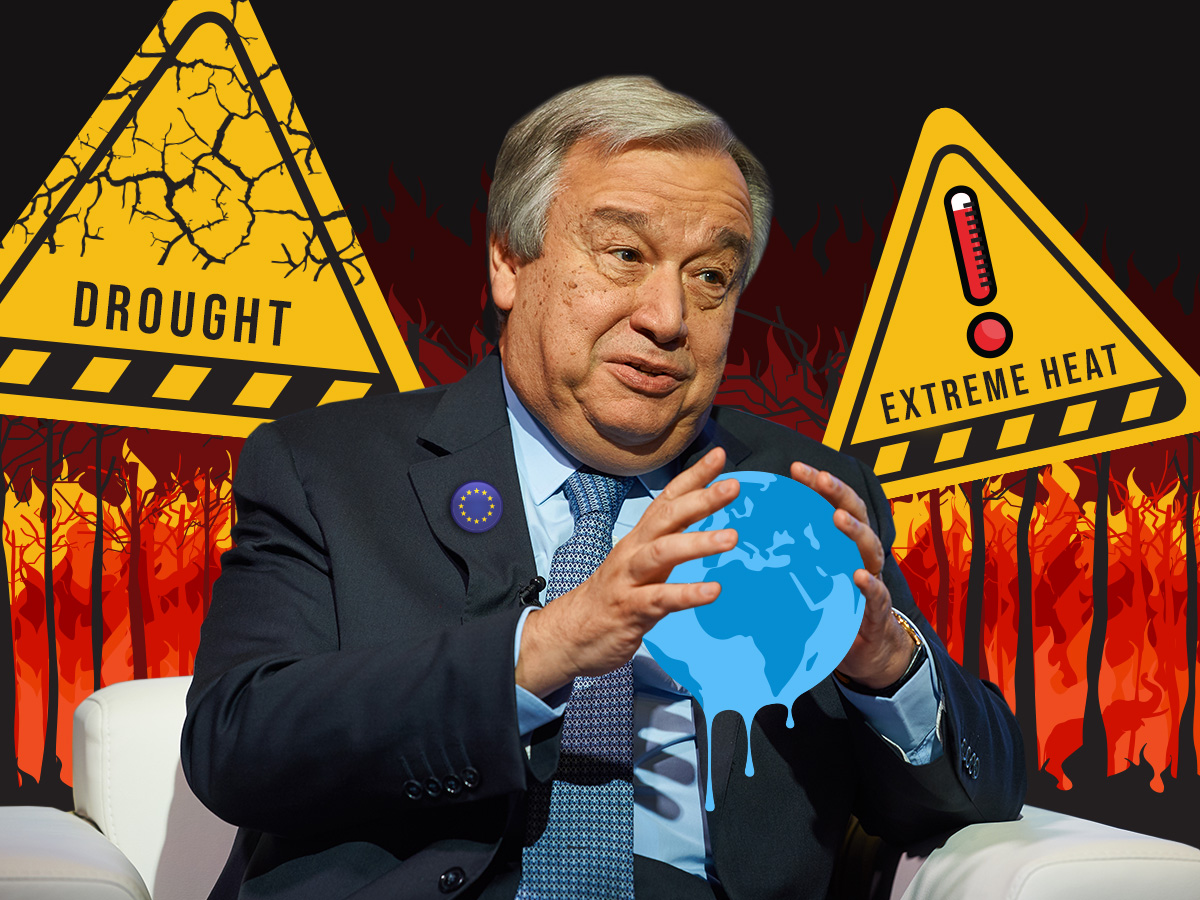 Europe is battling probably its worst summer ever.

The scorching heat doesn’t only hurts people, but the economy as well. Water level in Germany’s Rhine river, one of the main transport arteries of the continent, has sunk to unprecedentedly low level, halting freight shipping and adding an extra problem to the country’s already mounting economic problems. Not to mention the fact, low water levels pose a challenge to shipments of coal, in the exact time when Germany would like to fire up its coal powered plants to fight the energy crisis.

And not the Rhine is the only river to suffer in Europe. Farmers all around the continent are trying to fight the worst drought in several decades, that will have further negative consequences on supplies and inflation.

The drought has claimed other victims as well. A recent report by the European Forest Fire Information System (EFFIS) suggests that the year 2022 might set a new record in wildfires, as the combined effects of a prolonged rainless period and successive heat waves had already led to the loss of 660,000 hectares of land since the beginning of the year. And the fire season is far from over yet.

Against this gloomy background, it could be considered a big step forward that, despite sharp Republican rejections, US Democrats had finally managed to unanimously stand behind a health care, climate and tax bill, one that has divided party lines, as Progressives deemed it “not enough”, especially not compared to the previous, but failed version (Build Back Better).

The House passed the spending package on August 12 and it is expected that President Biden will quickly sign the legislation, as he celebrated it as “a significant step toward combatting the climate crisis”. The bill includes $ 369bn in funds aimed at expanding renewable energy resources and lowering planet-heating emissions, aiming for a 40 percent reduction by 2030 (compared to 2005 levels).

Alas, as Chinese and US relations keep on deteriorating, EU and US efforts might not be enough. Following the visit of Nancy Pelosi to Taiwan, Beijing suspended climate talks with the US. That puts the implementation of already agreed climate measures in doubt, like that of the deal on cutting methane emissions reached in 2021.

This, and other global developments might render EU efforts limited to within its own borders, especially regarding the new plans to regulate reporting on climate change and environmental footprint. An idea that has very limited support on the other side of the Atlantic or in most parts of the globe, as it is contradicting the work of the International Sustainability Standards Board (ISSB). As it is often the case, the EU vision, accepted on June 21 via a provisional agreement between the European Parliament and the EU governments and set to be finalized in October 2022, is more far-reaching than that of the rest of the world, aiming high on developing sustainability reporting standards.

The EP’s legal affairs committee declared in its statement, that the new regulation “aims to end greenwashing and lay the groundwork for sustainability reporting standards at the global level”. The legislation would target listed or unlisted companies with over 250 staff and turnover of 40 million euros. Those will have to disclose environmental, social and governance risks and opportunities, and the impact of their activities on the environment and people (the so called “double materiality” standard). A few smaller listed companies would be subject to a lighter set of reporting standards, also having the option to opt out of until 2028.

While it is an honorable effort, the chances of getting worldwide recognition for it run low, as the reporting requirements are more difficult, strict and challenging than most countries are willing to accept. The US. Securities & Exchange Commission, for example, has also proposed a different approach (one that doesn’t include the “double materiality” standard), much more in line with the ISSB suggestions.

It is yet to be seen, what exactly the recent global developments mean for climate goals, but those surely cast a dark shadow on the upcoming UN COP27 summit in Egypt, as in the current international situation, there is little hope for achieving substantial commitments, especially not from the two heavyweights of global greenhouse gas emissions. The US and China are together responsible for about 40 percent.

António Gueterres, UN secretary general has already warned last month, that the goal of limiting heating to 1.5C is “on life support”. It might not have been taken off completely yet, but a protracted stand-off could further slow progress, as well as hamper research collaborations.