It’s time to unite to protect the common interests 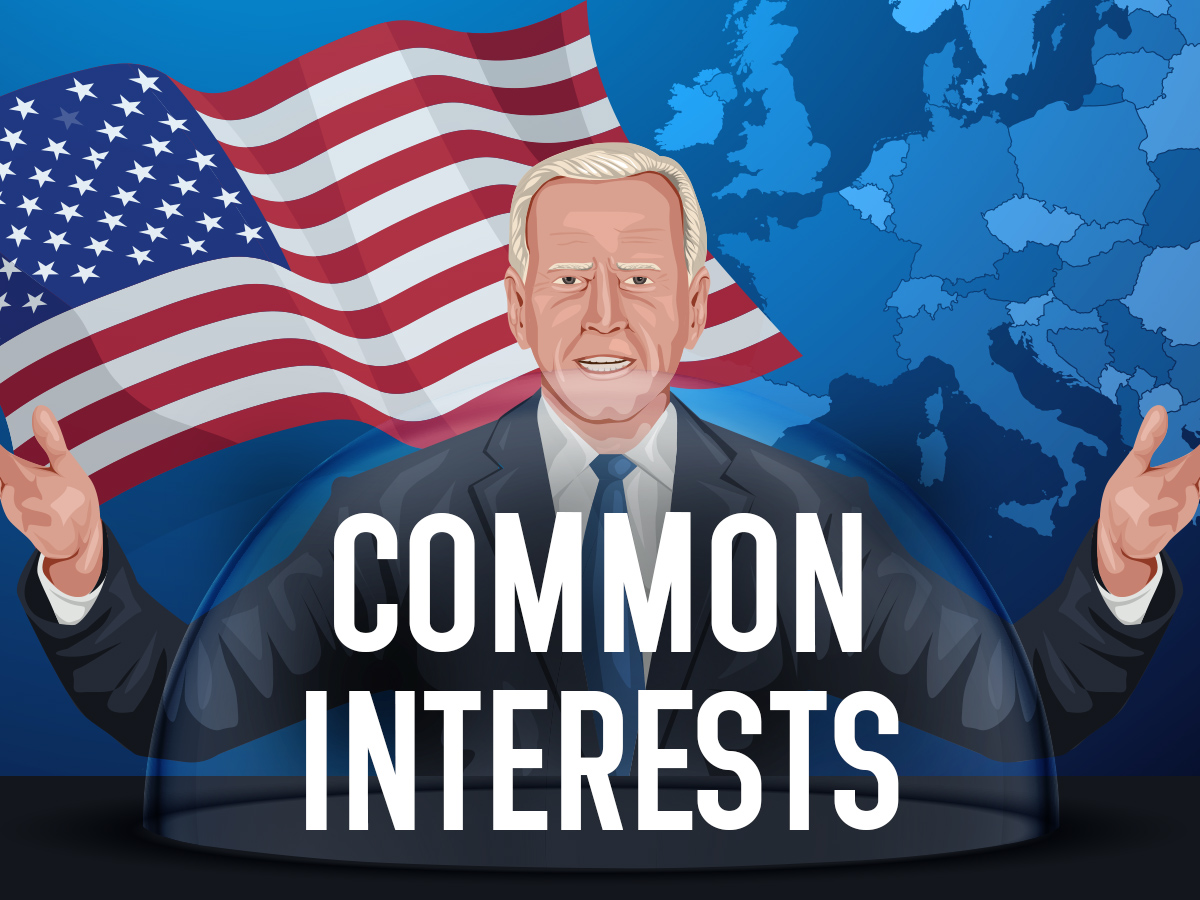 As per Article II. Section 3 of the US Constitution, the president shall “from time to time give to Congress information of the State of the Union and recommend to their Consideration such measures as he shall judge necessary and expedient”, the president’s SOTU speech is always the most anticipated event of the calendar year.

Amidst the crisis in Ukraine (and Covid, though it was almost instantly forgotten once Russian troops set their boots on Ukrainian soil; and economic hardships) expectations were even higher.

And to meet those, a large swath of President Biden’s speech was dedicated to the situation in Ukraine and to defending democracy, with the recurring topic of his political agenda, that “democracies should be able to defend themselves”.

In his speech, the POTUS sought to convey the unity of NATO and the West, emphasizing the “unprecedented cooperation between allies to inflict economic pain on Putin”.

The rest of his speech offered not much surprise, still, it was much more moderate than his previous speeches (and promises).

The president apparently tried to seek out a middle path that focused on a “Unity Agenda”, searching for topics that bring people together instead of pushing them apart. He outlined a series of issues that mainly enjoy bipartisan support, like targeting opioid addiction, mental health, supporting veterans or treating cancer.

He did mention some progressive policy items (mentioning abortion rights, for example, or transgender rights), but several heavy topics were lacking. Others, like his call for more funding for police, even put him at odds with the radical left wing of his own party.

And it was done intentionally.

A little side note here.

Mainly lost in the tension before the Russian invasion, on 14 February, Tory party leader Oliver Dowden held a speech at Heritage Institute, a conservative think tank in Washington.

He argued that “woke ideology is everywhere” and that “this dangerous form of decadence threatens to sap our societies of their own self-confidence”, linking the rise of “woke” (in the broader reading, not in the original sense of the word, that meant protection of black minorities within the US), with the current international situation, arguing that “just when our attention should be focused on external foes, we seem to have entered this period of extreme introspection and self-criticism” as “the enemies of the West are finding fresh confidence in their eternal battle against liberty”.

It is not sure that a West “confident in its values” would not be “obsessing over pronouns or indeed seeking to decolonize mathematics” and the same confident West could have prevented what is happening now in Ukraine. And most “social justice warriors” are not, unlike he suggested, similar to communist dictator Mao Zedong.

But there is, without questions, a tendency in certain circles that tends to automatically blame the West (or the past of the West) as the villains of history, often doing this by judging the past retrospectively, by modern standards. There are still many even in Western-Europe and the NATO, who are not Russophiles, yet blame NATO for the tensions relating to Russia and Ukraine, disregarding the complex realities of foreign policy, defense and trade relations.

There is a certain level of intolerance and zealotry associated with the woke movement and cancel culture, that makes meaningful dialogue basically impossible. (Itt visszalinkelhetnénk a cikket, amit karácsony előtt írtunk, a bizottsági szóhasználati javaslatról).

But it was the execution, that was really problematic (and I’m not talking about the pictures circulating on social media, depicting Mr. Dowden in his hotel room, practicing his speech standing behind an ironing board, that made him a laughing stock for those, whom he wanted to criticize).

Alas, when he was reasoning against culture wars, he did exactly that, just from the other side.

Because calling the other side’s stance “painful woke psychodrama that is sweeping the west”, won’t bring us any closer to a solution.

It might earn a standing ovation (as it did) with the intended audience, even might gain a lot of attention on social media, but it would only alienate the other side further.

Probably everybody had a moment, when hearing some moving speech, they were ready to grab a weapon and go to war to defend whatever was in need of getting defended.

And surely, there are times, when some need to take up arms and do what is necessary. War is, after all, “the continuation of politics by other means”, as Carl von Clausewitz put it and when words fail, when diplomacy is no longer enough, weapons almost inevitably take the place.

But one war is exactly one more than it should be. No need for more, not even one waged on social media and instead of weapons, conducted by “trials by Twitter”.

President Biden could probably also feel, that he needed to work a lot to achieve such unity, when his (more moderate than before) economic proposals still failed to achieve at least some applause from the Republican side, unlike his remarks on Ukraine, that were welcome by both sides, often by standing ovation, like his sentence, “Stand and send an unmistakable signal to the world to Ukraine. Bright, strong, resolved. We the United States of America stand with the Ukrainian people.”

Now it is not the time to stoke culture wars, on either side. It is time to scale back, to exert moderation, on both sides, resisting the urge to call the other “monster”, “devil”, “decadent” or a search for change “eternal”. Just like that, boasting that Vladimir Putin was the reincarnation of devil himself and Russia as a whole “was bad”, probably would only force Moscow to walk further down the road of aggression.

Now it is time to try to bring people together, to find proportionate and rational solutions to issues. To make a case for constructive alliances and not to burn the path leading back to normality.

On February 27, the New York Times, following the refugee situation in and around Ukraine, wrote an article about Hungary, in that the author cites Hungarian Prime Minister Viktor Orban, who claimed that his country’s policy avoids urgency and haste, calling it “strategic calmness”.

Christopher Tapp Follow
« Who will join the EU next?
European energy supplies revamped by the end of the year? But at what price? »