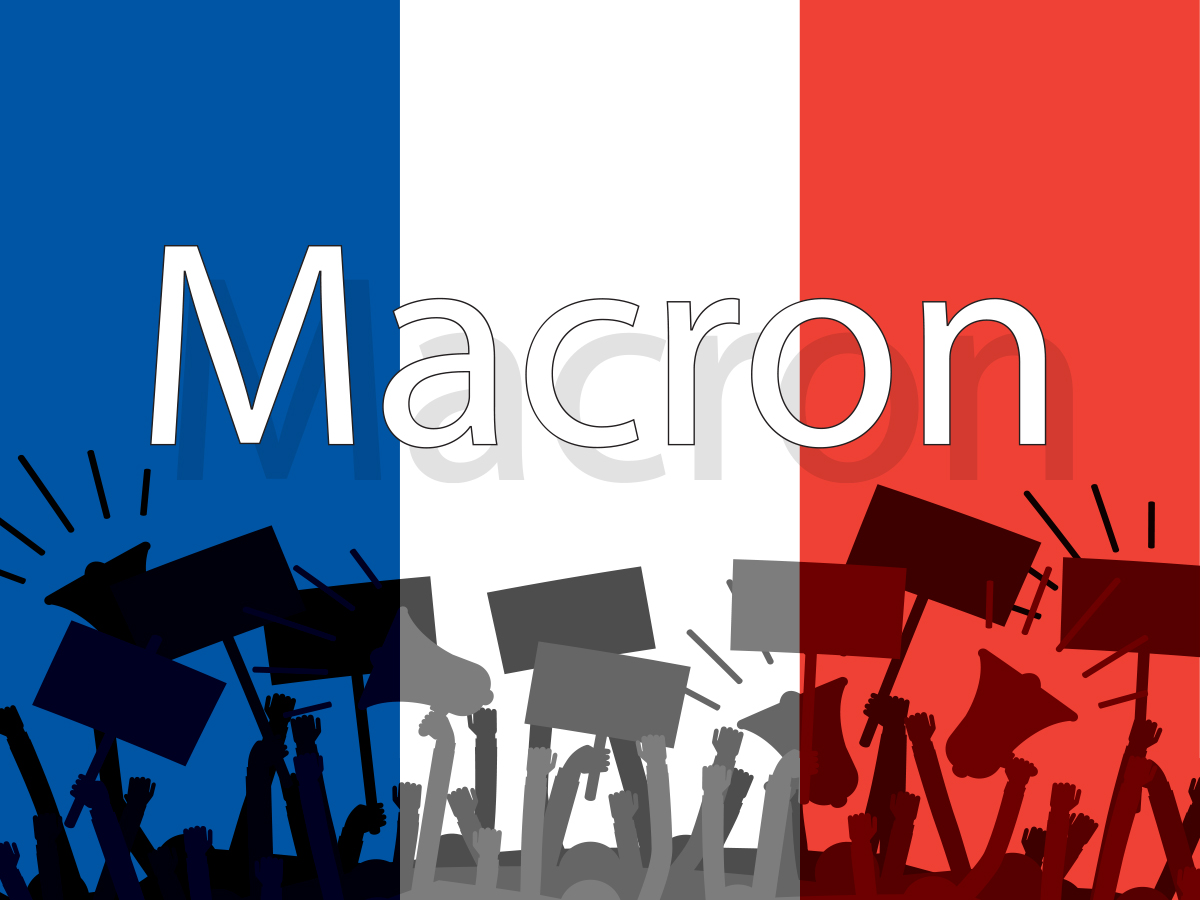 Party. Champagne. Great speeches. Politicians from all over the world congratulating.

But, in the same time, protests on French streets.

That was how Emmanuel Macron’s victory in the second round of the French presidential elections was received by the world.

In the end, he achieved a more decisive victory than most polls had predicted, getting about 58.5 percent of the votes. (A quick reminder, in 2017, he won with 66,1 percent versus Le Pen’s 33,9 percent. That’s two million votes less for him this year.)

Yet, it is to be seen (in the months to come) how his room for maneuver or policies would change thanks to the compromises that secured his victory in the end, like how he’d manage the rural-urban and young-old divide that came to the light with full force.

President Macron vowed to unite France and swore to be a “president for all”, but with so many fracture lines appearing, it is questionable that he’d truly manage to do so.

Never before has a far-right candidate won so many votes as Ms. Le Pen did (or as she put it “a striking victory”), a fact also acknowledged by Mr. Macron.

And protests around universities prove that the left-wing activists were not happy about either of the candidates, and neither Mr. Macron’s promises for Web3 or green policies or tackling social inequality, nor him expressing his love for French rap really convinced them. In fact, groups of students rallied behind the slogan “Neither Macron, Nor Le Pen”.

His performance in the French overseas territories was below expectations, being able to claim victory only New Caledonia and French Polynesia; while Marine Le Pan came out on top in Guadeloupe, Martinque, French Guiana, Reunion and Mayotte Richard; even if most of those votes were probably protest-votes against him and not showing real support for Le Pen.

And with new elections looming on the horizon to France’s National Assembly (legislative elections being scheduled for June 12 and 19); President Macron can’t sit idly, with a large swath of the electorate disliking him. While there must have been many, who voted for him in order to avoid the (worse) alternative, there won’t be such pressure during the upcoming elections. Add to this the people who stayed away from voting (with turnout just at 72 percent) and that 8.6 percent of the votes cast that were either blank or spoilt.

And if one is to believe the opinion poll that says that about 63 percent of the voters would prefer to have him lose his majority and force him to share power with an opposition government, among them his left-wing opponent, Jean-Luc Mélenchon, who urged his supporters to “Let’s get to work, without hesitation”, Mr. Macron surely has some difficult days ahead. With his party in opposition, he would face tough fights to push his pro-business and pro-EU policies.

In fact, it is unlikely that it can be back to business for the nearby future.

And probably years, as the rise of the extremists (on both ends of the spectrum, in fact), will cause significant trouble in the next few years to come. As Ms. Le Pen put it, “The ideas we represent are reaching a peak”, expressing her hopes that National Rally would be a “true opposition” to Macron and France’s political establishment. The truth to be told, many of her ideas, previously deemed “extreme”, are now part of mainstream politics, other topics (think headscarves) have been on the agenda basically for many years; while National Rally is not a fringe group, but an established party with a wide support base.

The topics she campaigned with clearly illustrate the deep divisions in French society, as the more moderate topics (like soaring inflation, weakening purchasing power of French citizens), mixed with national pride pulled in votes. She might have to fight for her own position within the far-right against Eric Zemmour or Marion Maréchal, but she can still cause difficulties to the president.

Things are profoundly different in France now than they were in 2002, when millions protested in Paris to “stop Fascism” and voted for Jacques Chirac to prevent Mr. Jean-Marie Le Pen (the father of Mme Le Pen) from achieving victory.

And though the protests on election day were nowhere near as severe as the Yellow Vests protest, but are the proofs of volatile feelings all around the country, especially among the youth, who, during his five years at the helm of power, got disillusioned with the “French Justin Trudeau”.

After the first round of the vote, Mr. Macron tried to offer some “carrots” to the left, promising to review the planned pension reform, to pass “an exceptional law for purchasing power” and steps to enhance environmental protection within the country. It was enough to get some votes for him. But it might be not enough in the long run, even if he does what he promised. But if, for some reasons, he fails to do it (let it be because geopolitical or other reasons, like the return of Covid-19 or a new pandemic, like the recent surge of adenovirus cases), anger and discontent will surely swell, once again strengthening both ends of the spectrum.

Mr. Macron’s 2017 promise (he said that he would make sure that the French “no longer have any reason to vote for extremist parties) didn’t stand this year. It is even less likely that it will be valid in 2027.