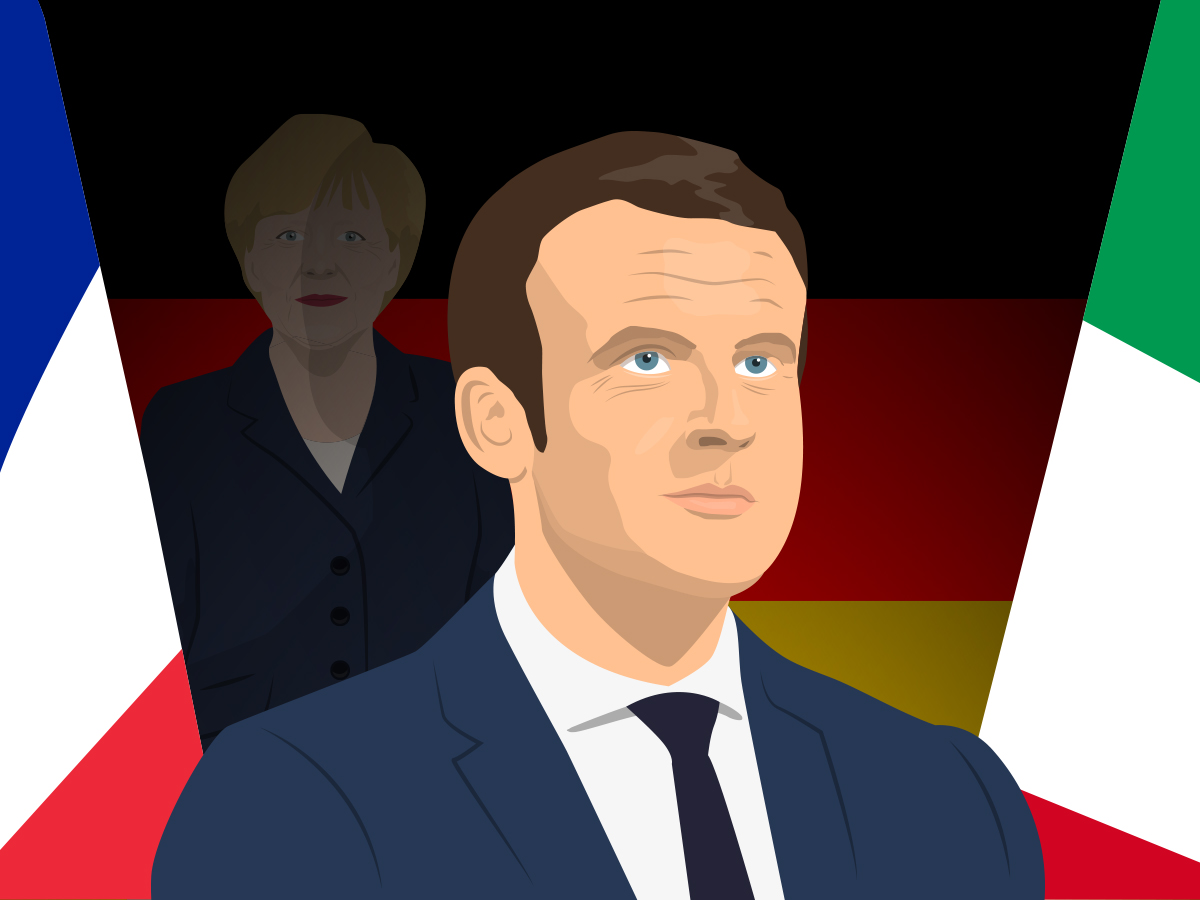 As the post-Merkel era seems more difficult to cooperate with and probably also less predictable, it was just the question of time that Paris started to search for allies to be able to better weather whatever storm might start from Berlin.

Even if the French vehemently tried to prove that the Paris-Berlin axis was just as strong and intact as ever before (with President Macron insisting that France was “not looking for alternative routes to the French-German relationship after Angela Merkel’s departure), it is difficult to see it as something completely independent of it. Especially in light of Macron’s other statement that sounded like the polar opposite of his previous explanation, “In France, we say that when things get complicated with Germany, we turn toward Italy”.

French Europe minister, Clément Beaune also tried to emphasize the “tradition” behind the treaty, as opposed to something brand new, “even at times of tensions, we think the same on most European issues … and all the initiatives we have taken during the crisis, we started them in a Franco-Italian way”.

The Quirinale Treaty, named after the magnificent presidential palace, (wich was by the way re-designed based on the instructions of Bonaparte Napoleon) was signed in order to (re)establish closer links and boost a new motor of cooperation between the two countries after more than a decade of not-so-stellar records. It covers a wide range of sectors from industry to culture, from space launchers to migration and justice.

President Macron’s old dream of strengthening EU defense strategy is also included, or as Mario Draghi explained, “to be sovereign, Europe needs to know how to defend its borders. We need to create a real defense”. The idea might not find eager audience in Berlin, where the Greens, great supporters of transatlantic ties, took over the Ministry of Foreign Affairs.

The treaty also envisages bilateral coordination before European Council and/or other EU meetings to try to agree a common position. The latter is something that is also done with Germany, so the new treaty tries to lessen the gap/differences between the two bilateral relations of France.

A yearly intergovernmental meeting for the complete governments of both countries was promised, too. That is still not the level of the German-French cooperation, that, after all is based on almost 60 years of experiences, which has obligatory ministerial meetings at least in every three months, but it is a big step towards that direction, and, given the recent lows between Rome and Paris (think Luigi Di Maio deputy prime minister’s support for the gilets jaunes or the two countries’ adventures in Libya), a very big step.

An unnamed Italian official said that Macron wanted a stronger bond with Italy and Italy wanted to insert itself in the traditional partnership between France and Germany.

Mario Draghi himself called the treaty a “historic moment” in the relations between their two countries, that aims to “favor and accelerate the process of European integration”.

And maybe to bolster French-Italian efforts for lobbying for more EU spending, expansionary monetary policies and debt that is needed to boost their growth and continued lax regulations vis-à-vis the possibly stricter German approach under the Scholz-government. And maybe also against the Frugal-Four who might just step up their demands to return to the pre-COVID approach. It can also point towards an increased cooperation in the Mediterranean area (in issues beyond monetary policy) and a stronger voice inside the EU, counterbalancing the Northern states.

Economics might be an issue, though, so might be migration and cooperation in the Mediterranean in general, the two countries having conflicting interests in many topics. For example, Italy’s Avio Aero and French Safran have been competing for a lucrative contract to produce Eurodrone engines for years, and the failed takeover of France’s Chantiers de l’Atlantique by the Italian Fincantieri also showed that Paris was often more eager to get stakes in Italian ventures than to allow the Italians to do the same in France.

The short-term advantage is obvious, especially for France that is to take over the EU rotating presidency in January. To forward his own agenda, Macron will need as many friends as he manages to gather, being at loggerheads with many EU leaders.

The long-term outlook is different and depends on the actual state of German-French relations, something that is still a known unknown.