What to expect from the Finnish Presidency? 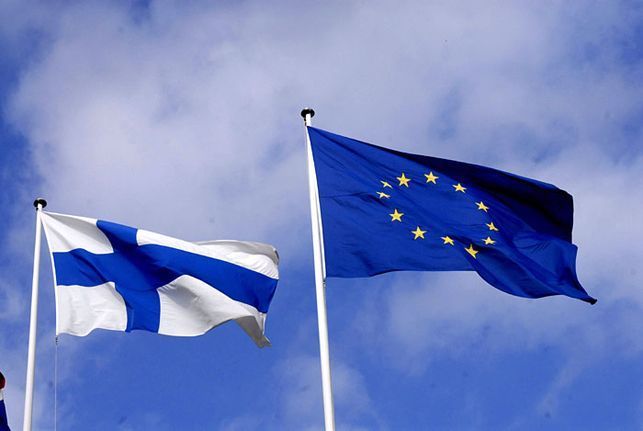 I know, they’ve officially started a week ago, with the inauguration party taking place on the 8th of July in Helsinki. Yet, the change of guards (La reverede, Romanian Presidency!) was somehow overshadowed by the ongoing drama of electing the new leaders of the EU.

If you’re an avid collector of presidency souvenirs, you’ll surely be disappointed. The Finnish Presidency just announced that they’ll direct all the founds initially earmarked for presidency gifts to fighting climate change instead. No more fancy notebooks, bags, pens, scarfs or ties folks! The upside: you can be sure that they mean it, when they say that environmental protection will be high on their list of priorities. And trust me, there’ll still be plenty of Lakka (the traditional Finnish cloudberry liqueur) and korvapuusti (cinnamon rolls) around.

Even though the Presidency’s “Sustainable Europe, Sustainable Future” program was just recently finalised, the Trio Programme defining this period was adapted in December 2018, so there are no real surprises coming. But I think it’s worth to refresh our memories.

So, there’ll be six informal meetings of ministers (Competitiveness, Environment, Justice and Home Affairs, Ecofin/eurogroup, Agriculture and Foreign/Defence), basically covering every topic on the Finns’ list.

Environment is one of the top priorities, as we’ve seen it, but it’s not only about the gifts. Expect a lot of attention and funding going to environmental protection projects. And governments opposing the 2050 carbon neutrality goals, beware: Prime Minister Antti Rinne made it clear that it’s his main goal to overcome resistance against this project. And, given the Finnish “Sisu” you can be sure that he means it. It would be a huge achievement, but not impossible. Directing 25% of EU 2021–2027 budget to environmental policies, ditto. Curbing greenhouse gasses emitted by aircrafts, ditto. (At least the last project will surely receive 500,000 euros — that is the amount originally earmarked for gifts.)

The meeting of Justice and Home Affairs ministers is a clear sign that rule of law is another priority. From all the media highlight on Commission Vice-President Timmermans and him crossing swords with Poland and Hungary (Article 7 procedures) you’d easily get the impression that this was only his personal crusade. But you’d be wrong. (Admit it, you couldn’t really expect Romania, with the same Damocles sword hanging above Bucharest’s head, to vehemently pursue this project on Timmermans’ side.) Finland has made it very clear, that rule of law should be upheld, in fact, furthered.

The idea is to enhance the tools available for the EU in cases where there are possible violations of existing treaties. First and foremost, these could be financial tools. Remember, Finland happily embraced the Commission’s Multiannual Financial Framework Rule of Law proposal.

Another issue to be tackled on the Justice and Home Affairs front is security. This is a clear recognition of the fact that huge portions of voters around the continent are frightened. And if we want to tackle extremist ideas suggesting there are easy answers to these fears, we have to find a way to quell them. The Finnish programme reads: “The overall internal security of the EU must be approached on a broad front, cooperating in areas such as crime prevention, law enforcement, border management and civil protection.”. Evaluating the internal security strategy, debates on future challenges and priorities in the security field are on Helsinki’s to-do-list. One possible tool, a permanent Council working group on countering hybrid threats, has already been named. Another, developing the regulatory framework, too. But in a very Finnish, small steps instead of bold leaps kind of way: with more focus on the interpretation of the existing legislation and not by creating new treaties. The later, of course, wouldn’t work very well with the „Less Brussels” nationalists.

There’s another way — closer to the Nordic hearts — to fight extremism: that is social cohesion and inclusion. Not so surprisingly, it’s also on the Finnish Presidency’s list. They don’t claim that everything is perfect at home (according to a recent report, nearly 70% of the small Roma minority living in the country has experienced some sort of discrimination and it’s not much better to have skincolor other than white, either), but they’re trying. 2018 has seen a lot of work in this field, up until now mostly on paper (European Agenda for Culture, Council Work Plan for Culture 2019–2022, European Framework for Action on Cultural Heritage, to name a few). It’s up to the Finnish Presidency to set things in motion.

What else? EU Budget for 2021–2027 (there might be a modest increase), fight against corruption, European Public Prosecutors Office, EU-US cooperation and Brexit. All small, manageable tasks.

So expect Moomin-valley coming to Europe: living in peace with each other and in harmony with nature, accepting differences and finding place for everyone. (By the way, did you know that the Moomins were created by a Swedish-speaking Finn and were originally published in Swedish?).