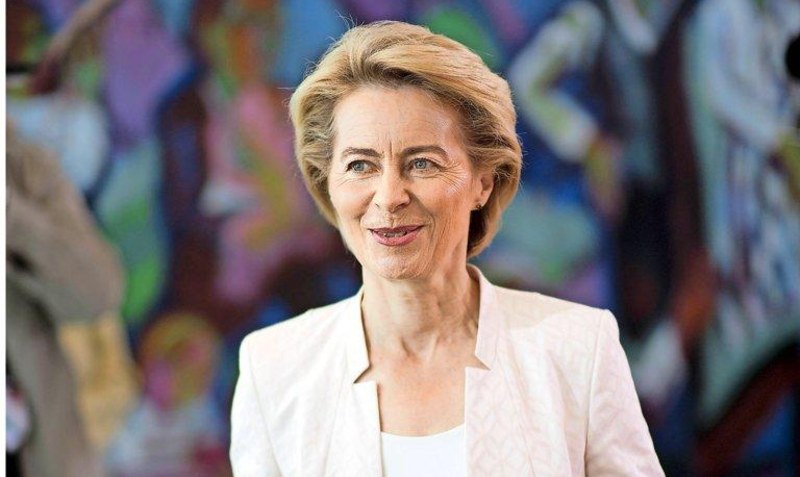 It is a truth universally acknowledged, that a single president-elect in possession of a good opportunity, must be in want of a gender balanced Commission. (At least this is how, in light of the recent events, Jane Austen could have rephrased the most famous opening sentence of English literature.)

If you sense a bit of irony, you are right.

The election of Ursula von der Leyen is a huge step towards gender equality. And yes, it is acknowledged (no irony meant this time) that women are seriously underrepresented on the higher levels of powers. In politics. In business. Everywhere. So it’s not surprising that gender equality has been a top priority for Ursula von der Leyen. And for Frans Timmermans. And for the Greens.

There is no rule in our treaties that Member States are required to propose both a male AND a female candidate as their would-be commissioner. In fact, there are no regulations or restrictions whatsoever on how and why a country should choose its candidate(s).

Especially since more often than not, Member States vie for a portfolio, a very specific position. (Politico has already quoted EU officials joking about the next College being comprised of 14 commissioners with economic responsibilities and perhaps as many as 26 vice presidents.)

Member states try to find a candidate, who will do a good job, who’s an expert on that specific field. (This is what von der Leyen asked them to do, anyways: “Today, I am launching my call again for leaders to present the best candidates as European commissioners as possible.”) Not to mention the other factors at play, like political party, geography, ideology, political culture of the country, etc.

And the candidate meeting these criteria is not necessarily a woman.

The commission is not elected by the people and candidates are not openly competing for the posts. (In fact, a process like that would make it even more difficult to achieve gender balance.) They get appointed after lengthy negotiations between heads of states and prime ministers. So it’d be hypocrisy to say that every country and every candidate has equal chances to get the portfolio they’ve dreamt of.

Another factor is the cultural difference among Member States of the EU. Not just regarding the gender question (think rule of law, transparency, freedom of media being interpreted differently).

Stratfor has recently published an analysis about the “quiet revolutions” taking place in Eastern-Europe. The author refers to the region’s anti-government protests of the last few years and welcomes these as a positive sign. He states that anti-government sentiment will also open the door to anti-establishment political forces. Which, in turn, can reverse the widening gap between East and West.

But this comes with a price. The whole process represents a strategic dilemma for the EU. Western MSs would and should clearly welcome and support these forces. “But there is a fine line between supporting these movements and being seen as a meddler.” It’s easy to become the enemy, to be portrayed by Euroskeptic voices as “interferers into domestic affairs”.

The most important European jobs have already been filled. And none of them were given to states on the Eastern flank. This signs, among others, the growing disconnection between the bloc’s east and west.

A commissioner is sent by the Member State, even though after his or her election, he/she is required to represent the EU as a whole. Many countries — Austria, Greece, Slovakia, Slovenia, Hungary, Ireland, Spain, Latvia — want either men as their new commissioners (or want their current male commissioners to return for a second term).

And this should be their sovereign decision. Ursula von der Leyen, the new Commission and old member states should definitely avoid a situation where they can be accused with interfering. Otherwise this issue can easily end up as another Brussels-imposed action.

As much as I would be happy to see more women in power, I doubt that this issue, right here and now, is the most stressing problem of the EU. And it’s definitely not worth stalling the whole process. (A standoff over appointments could delay the new Commission from taking office on time, EU officials warned.)

The countries that place utmost priority on having a gender balanced Commission should set a good example and delegate a woman. (I wonder what Mr. Timmermans would say if he’d be replaced by a woman for the sake of balance, though.) That would make the situation of von der Leyen a lot easier.

The next step could be the introduction of a fair and democratic process to ensure that top level jobs in EU are filled more and more equally by men and women and make it part of the acquis. If it’s not law, it can be swept aside, just like the Spitzenkandidate system was.

Only after these steps can anyone blame any country for not appointing a commissioner with the right (?) gender.

Marta Loeb Follow
« What to expect from the Finnish Presidency?
Long live the Queen! »