A not so just transition fund 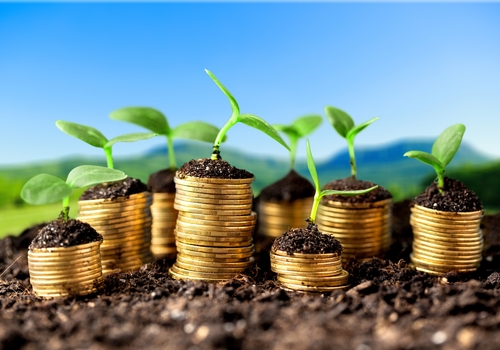 The new Just Transition Mechanism, and its first pillar, the Just Transition Fund (JTF) unveiled on the 14th of January is almost a good tool to help regions and people transition into the new green economy. (Besides the JTF, a dedicated just transition scheme under Invest EU and a public sector loan facility with the European Investment Bank was also announced. Noble initiatives, as such, but not necessarily enough.)

And the JTF is “just” almost good, but far from perfect. Apart from being still in an early phase, it also evokes many questions. First and foremost, it is far from clear, how and from where the necessary founding will come. (The same is true to the Green Deal, in general.) One shouldn’t go as far as German MEP Niklas Nienass, who compared the Commission to “street magicians”. But even Frans Timmermans acknowledged, that the proposed amount to fund the transition away from fossil fuels was just a start.

The scope of the fund is also not clearly defined, so confusion might arise with existing mechanisms. It is also not clear, how focus will be kept on the really important issues, whereas without focus, already scarce resources might easily get diluted across too many sectors and regions.

And, though Mr. Timmermans promised that the proposal was a message to coal miners, peat farmers and oil shale workers, it is far from clear, how these people will be involved, whether their views and choices will be taken into account, whether they’ll be helped not just by money, but also by education and new job offers. As one vocal critic, ETUC secretary Ludovic Voet pointed out, a Just Transition Strategy should have been accepted first. He also feared, that “there is a risk that most of the funds being made available will go to research and innovation rather than directly benefiting affected workers”. A legit fear, given the already high emphasis on R&D.

Furthermore, the EPSU has also signaled its reservations regarding the JTF, especially about the proposed role of private investments in the process. They wrote: “The goal, “No one should be left behind!”, will not be accomplished if we rely on private investments for a large proportion of the needed funds. This model has failed in the past, and it will fail again. The transition into a net-zero carbon economy, and the ensured wellbeing of affected communities, must not depend on the willingness of private actors to finance it.”

EPSU also included a set of recommendations, starting from increasing public funding (direct contributions from Member State budgets and Central Banks’ public loans) and the promotion of public ownership of utilities, through fair and effective taxation to the involvement of trade unions in national and regional transition plans.

Though the argument that the public ownership of utilities might have some merit (e.g. because publicly owned providers won’t prioritize profitability over values or wellbeing), the EU should try to avoid creating too much of these. Not just because the laissez-faire principle, but because if something, the Communist era of Eastern Europe has clearly shown the drawbacks of publicly owned utilities (e.g. low level maintenance and development or none at all). The other proposal of the EPSU, namely to provide sufficient funding to prevent energy poverty should be emphasized, because with this, we would focus on those really in need and avoid creating an inefficient, and on the long run, very costly system. A balance should be found between efficiency, development, climate protection and the people: it shouldn’t be only them who pay the price (e.g. in the form of more expensive energy) of transition.

Focusing on those really in need should be kept at the center of attention, both on the levels of individuals, regions and states, not only because the level of the challenge is different, but also the abilities to adapt to challenges are different.

The JTF shows that the leaders of the EU have started to move towards the goal of just transition, yet there are many who claim that they are failing to meet the expectations. When introducing the new tools, Elisa Ferreira (EU Commissioner for Regional Policy) announced: “One thing is the needs of a country and another thing is the capacity that the country has, both from the past but also at the moment, to solve its own problem without any specific help”. She also said that the relative prosperity of the country will also be considered.

In light of the above, a few questions arise. While it is acceptable that the heavily coal-based Polish economy needs the proposed millions, it’s not equally easy to understand why Germany (with its budget surplus and well developed economy) ended up second in line of the beneficiaries. This would imply that the Germans are more in need of support than most Slovaks, Romanians, Bulgarians and Hungarians. And that Germany with all its technology and R&D focused companies, is less capable to change and adapt than the countries of Eastern Europe, for example Hungary, that – as of now – gets a mere 1,1% of the total amount. Not to mention the fact that these countries are affected the most by the cuts proposed to CAP and Cohesion funds.

And, just as a little side note at the end, while back in December the EU promised – in order to get Hungary and the Czech Republic to sign on climate neutrality by 2050 – that these countries have the right to decide on their own energy mix, including nuclear, Ferreira now excluded “nuclear” from the supported options. In light of this, keeping natural gas as an acceptable alternative, raises the suspicion that it has something to do with Nord Stream pipeline.

All in all, while turning the European economy green is a good and necessary goal, the proposals on table today, in their current form, might not be the best solutions to achieve that. If the EU really wants to achieve a just transition, it has to ensure that those affected the most are compensated.

Christopher Tapp Follow
« A math exercise for the EU: finding the least common multiple
A new set of sticks and carrots to balance Paris and Berlin »