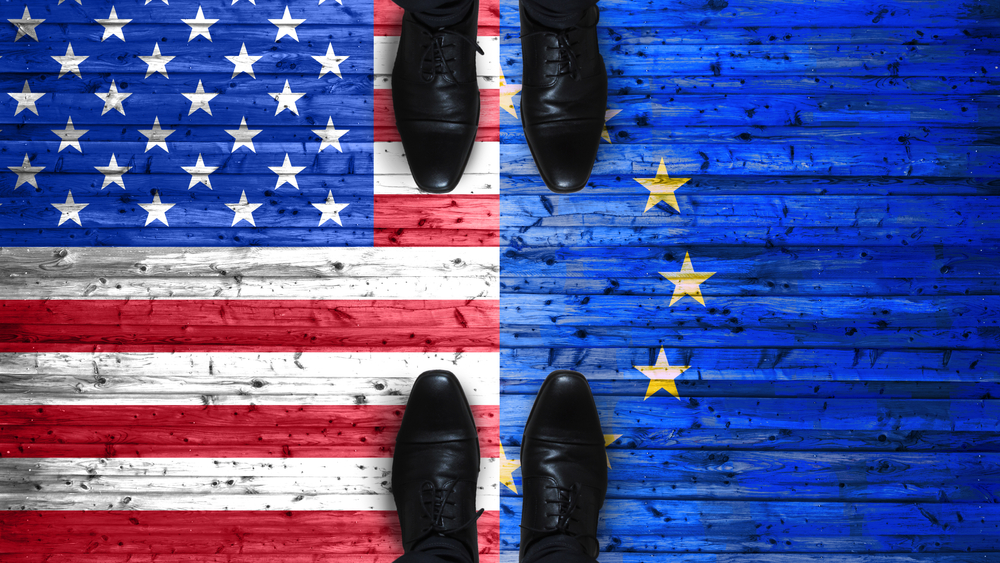 After the few weeks of the rosy honeymoon had passed, the boring and occasionally harsh reality of the mundane workdays has started to take its toll on the newly found happily-ever-after transatlantic marriage.

A few months ago, media in the EU was mostly full of all the happy prospects and hopes linked to President Biden taking over of the White House, who promised more diplomacy, more openness to partners and much less fight.

Now, only a few months later, the thick set of pink glasses is all but gone and President Biden proved to be just as much a supporter of “America First” as his predecessor was. There is a slight difference in the tone and in the “packaging”, but the content is basically the same.

The latest question in the marital quarrel is whether intellectual property rights on vaccines should be suspended (waived) or not, but issues have been piling up since January, let it be about relations with China or Russia, the Nord Stream II pipeline, problems related to bilateral or multilateral trade, digital taxation or worldwide minimum level of corporate taxes.

The proposal to waive patents received influential support from Pope Francis, who criticized those putting “the laws of the market or intellectual property above the laws of love and the health of humanity.”

Speaking for the other side, Charles Michel made it obvious that EU members “don’t think in the short term that it’s [the waiving of patents] the magic bullet”, even if he diplomatically added that “we are ready to engage on this topic as soon as a concrete proposal will be put on the table”.

The problem with the nice wording Biden uses is that it puts the US into the position of the well-dressed, good mannered, educated partner with better morals, easily masking its occasional abusive or suppressive tendencies.

Washington can portray the EU as the one responsible for all the miseries of the marriage, like in the latest round of tit-for-tats around vaccines. Even if the EU isn’t the fully innocent, abused partner in the relationship, think of the economically motivated China deal, signed without consulting with Washington, only a few days before the Biden Administration entered into power.

While, in reality, it was the EU that has already exported millions of doses of vaccines and the US still has export bans in place on both vaccines and components, as President Macron pointed out, among others.

German Chancellor Angela Merkel also joined the chorus, claiming that she didn’t “believe that the waiver of patents is a solution to provide vaccines for more people”. Ursula von der Leyen even provided exact(ish) numbers to underline the claim, “Up to today in the EU, 400 million doses of vaccines have been produced and 50 percent of them have been exported to 90 different countries in the world.”

Both the EU and the US are lagging behind Russia and China in “vaccine diplomacy” and the recent opening of a double front – India on one hand and Ukraine on the other – created a new opportunity for collision. While the EU has announced urgent plans to help India, Biden first offered millions of doses of AstraZeneca vaccines and later, the patent waiver. Most likely than not, an offer welcomed by pharmaceutical giants like China and India. Ukraine is also involved in the EU’s plans to send about 600,000 doses of vaccines into non-EU countries; while Kiev’s plea met deaf ears in Washington.

With Joe Biden’s proposal, the EU is left in the uncomfortable position to prove that it can, as Portuguese Prime Minister António Costa said, “take the lead in the major causes of humanity in our century”, adding that “The strategic autonomy that we must pursue must be the autonomy of a Europe open to the world”. In plain and simple English, it is now up to the EU to prove that it can put everybody in safety, without waiving patents.

So far, the EU, or rather first and foremost single member states, have sent vaccines to so called “strategic priorities”, mostly in its attempts to counter Chinese and Russian advances in its backyard (think Moldova and its gift from Romania in the form of AstraZeneca jabs). Now, other places might also benefit from European excess, that, so far had received doses mainly via the global COVAX scheme. Even if that scheme was also supplied by great extent with European donations, but it faced delays and not yet delivered enough doses.

But leaders in the EU cannot really agree on how to use further the COVAX scheme, with ideas, like that of Paris to create an EU-level system (“Team Europe”) for donating to COVAX surfacing regularly. This could provide more visibility to the EU’s efforts and make it less susceptible for attacks.

To complicate the marital quarrel further, the EU still has its sort of schizophrenic approach to many issues, including the question of waiving patents. Germany is not a fan, so to say, not really surprising given the size of its pharmaceutical sector (and the Pfizer jab), but at the beginning, both France and Italy supported the idea.

To add to this a little irony, the question of patents was able to put Russian President Vladimir Putin and President Joe Biden on the same side, not a first, but a rarity nowadays.

Everything wrong with the G7 agreement on global corporate…

Chinese or not Chinese, that is the question?

The results of the America First – Covid/Biden approach