The results of the America First – Covid/Biden approach 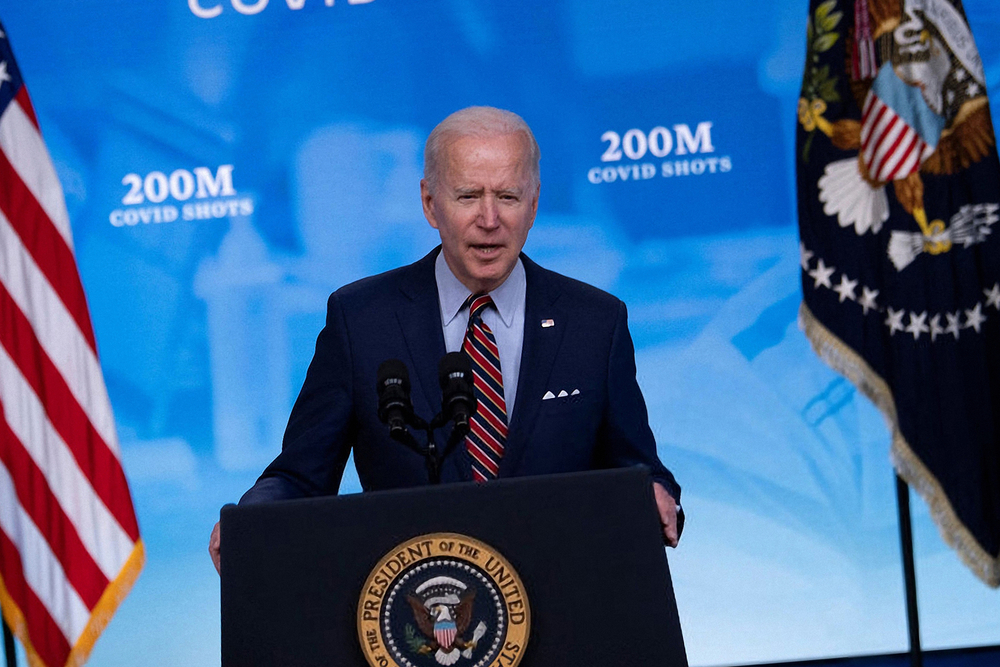 As if it were an answer for the Biden Administration’s previous efforts to shift the blame in the delay of delivering Covid-19 vaccines to third countries, a group of senior American diplomats issued a call, pressing the White House and the State Department to speed up the donation of such vaccines.

The main argument of the said diplomats was that the delay, caused by the “America First” declared by President Biden, at least when it comes to vaccinating American citizens first, is ceding ground to China and Russia.

The two mentioned countries reacted faster than the rest of the developed world, and having their own vaccines, they took the initiative to reach out to those countries. As a recent analysis of the German Marshall Fund of the United States stated, “Sputnik V has become a toll of soft power for Russia. It’s planted its flag on the vaccine and the political goal of its strategy is to divide the west”.

Not that it should have surprised the leaders in Washington, especially since “soft power” is just as often used by American diplomacy, either in the form of Hollywood blockbusters or average products, like Coca Cola. Let it be about the panda-, mask- or ICU bed- diplomacy, Beijing is always quick to react in crisis situations.

The American delay in sharing the vaccines (at least beside the COVAX scheme) isn’t helping in restoring global leadership again. Especially since President Biden has promised in April that the country would share 60 million AstraZeneca doses by July 4, yet it has so far delivered only a few million to Canada and Mexico.

The decision is hindered by the desire to avoid being seen as doing exactly the same thing as China does: linking assistance with politics and using the jabs as bargaining chips to get influence.

Ironically, the indecision, both motivated by foreign policy and domestic considerations, leads to loss of influence, while at the same time it makes it difficult to blame China and Russia for their own steps, to claim that “It happens when countries seek to grow their international prestige by distributing vaccines to nations that need them”.

As the focus of every country is to get as many doses as quickly as possible, Beijing and Moscow are behaving like real capitalists do: answer to a demand with an adequate supply. Linking aid to certain political conditions might not be the most ethical thing, but like it or not, it is a general practice. Think the Trump Administration’s suspension in 2020 of a $ 130 million worth of aid to Ethiopia because of “a lack of progress” on negotiations pertaining to the construction of the Grand Ethiopian Renaissance Dam on the River Nile. Donations in most cases serve the self-interest of the donating country and the US and the EU are no exception to this rule.

Recent and rather unexpected roadblocks in the Russian vaccine’s triumphal procession may help the American efforts, though.

Sputnik V was rejected by regulatory authorities in Brazil, on April 28 and in the Czech Republic and Slovakia, even if in the latter country, the government has still decided to proceed with obtaining the jab. At least until the moment, when the “to use or not to use” question actually led to a coalition crisis and subsequently, a new government in the Central European state.

After the change in Bratislava, the local regulator concluded that the doses delivered from the Russian jab didn’t match with those supplied elsewhere and that the Russians failed to provide sufficient data, leading to a stop in acquiring them – just to be sidestepped by the government again. As of now, Slovakia is set to start the rollout in June.

The European Medicines Agency (EMA) is also yet to decide whether to approve the jab or not, claiming that it was yet to receive the full clinical trial data package. And while Germany showed some openness to co-produce the Russian vaccine, it had changed its mind in the meantime, yet it is still open to actually buy it, provided the EMA finally gives its approval.

The Russian Steamroller is not that easy to stop, though. As millions around the world are desperately waiting for a vaccine, Argentine, Turkey and India, and another 58 countries have already approved it.

The Russian media and the propaganda machine have already cried “fake news” and “disinformation campaign”, labeling both the Brazilian rejection and European reservations as “politically motivated”; claiming that rejections were fueled by the general “anti-Russia sentiment” around the world, opening yet another front in the US-Russia and US-EU relations.

The real losers of the diplomatic tit-for-tat will eventually be the people of developing countries, who are waiting for their shots to arrive. And since neither the EU, that had serious issues in the first few months with rollout for its own population, nor the US has been doing much to provide them with sufficient vaccines, it shouldn’t be a surprise that those countries follow the “half a loaf is better than no bread” principle and get vaccines from where they can. Including Russia and China.

Everything wrong with the G7 agreement on global corporate…

Chinese or not Chinese, that is the question?