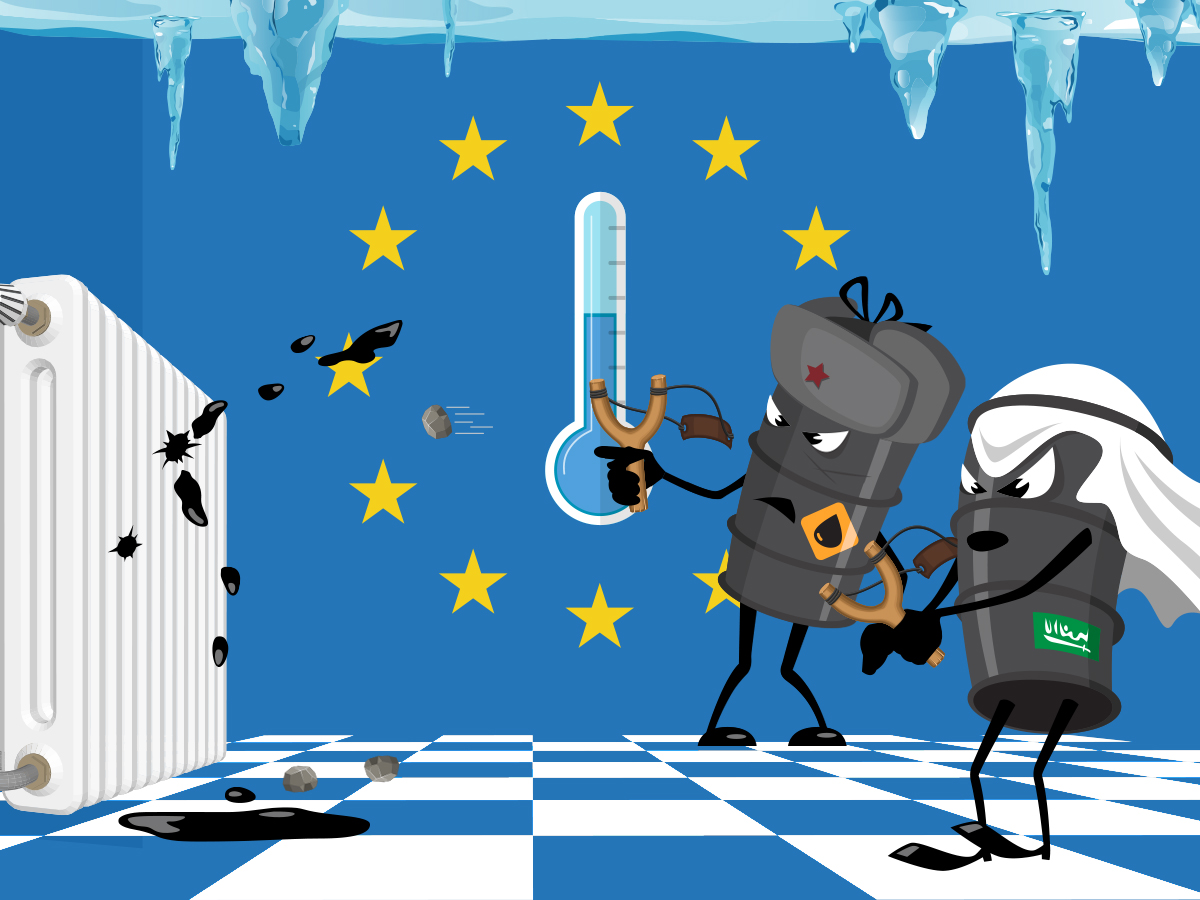 The West, led by President Biden and the leaders of Europe have been arguing for months for an increase in oil production, hoping to ease gasoline prices. The step would complement the other ambitious plan of the G7 (one that would align with the sixth sanctions pack of the EU), a price cap on Russian oil via shipping and insurance premiums.

The aim was double (or triple): to punish Moscow for its aggression against Ukraine, to cut off important revenues for Russia and to ease the burden on their own populations caused by the intertwined effects of inflation and high energy prices.

In a clear act of defiance (rebellion?), the acting leaders of the OPEC Plus energy cartel, Saudi Arabia and Russia agreed on October 5, to cut back oil production. The move, that is the first large production cut in more than two years is aimed at raising oil prices, currently targeted with the efforts of the US and Europe. The 2 million barrels a day cut is about 2 percent of global oil production.

The OPEC Plus states that the step was meant to show the cohesion of the group during the Ukraine war and in anticipation of the weakening demand for oil amidst the downturn in the world economy. The other reasons mentioned were rising interest rates in the West and soaring inflation, that got only belatedly tackled by central banks.

Or, as Prince Abdulaziz bin Salman, the energy minister of Saudi Arabia put it, “We would rather be pre-emptive than be sorry”, dismissing the accusations about helping Russia with comparing the group to a “band of brothers” and asking “where is the act of belligerence?” He also accused the West of “wealth arrogance”.

As an additional proof, the OPEC Plus cooperation got extended by another year till the end of 2023.

Very likely, neither Russia, nor Saudi Arabia was shocked by the fact, that President Joe Biden was “disappointed by the shortsighted decision by OPEC Plus to cut production quotas while the global economy is dealing with the continued negative impact of Putin’s invasion on Ukraine”.

Neither they are likely to fear the results of the U.S. administration’s consultations with Congress “on additional mechanisms to reduce OPEC’s control over energy prices”, namely repealing a long-standing exemption to federal antitrust laws.

The markets also reacted, exactly as it was expected, and the price of Brent crude rose more than 1.5 percent. That means that process are back to mid-September levels.

The step of the OPEC Plus leaders, whether it will work or not, given that oil producers often don’t use their production quotas (though experts warn that it might and also, that price caps might actually have unintended consequences, like prices actually going up due to the difficulties in logistics), has at least one result: it proves (again) how little the rest of the world is enthusiastic to follow the US’s lead (or how much leverage the US has left on the Middle East after decades of misplaced politics).

President Biden was in Riyadh this year, but he couldn’t reach what Moscow managed: any firm cooperation or commitments on helping to tackle energy prices; a move that would help to boost the president’s popularity at home. Neither could he convince Saudi Arabia to condemn Moscow’s actions in Ukraine.

It’s not only Saudi Arabia. (A country that, understandably, is interested in high prices.)

China has repeatedly criticized the proposals for price caps and reasoned for maintaining global energy supply security. Beijing urges dialogue instead of sanctions.

New Delhi, though it pledged to “study the proposal carefully”, has stressed its moral duty to “secure affordable energy” to its population.

And as long as not everybody is on board, there are many ways to “play”, circumvent sanctions and price caps and all, like introducing new forms of insurance or relying on illicit transactions. The G7 has already acknowledged that it might be difficult to ensure that the price cap is adhered to. The Treasury Department has announced that it is working with banks and maritime insurers (most of which are European and/or American) to develop a system in which the buyers would “attest” to the price that they had paid, in a clear attempt to ensure that service providers would not face sanctions as long as they obtained documentation certifying that the cap was being honored.

“Cheating” buyers are threatened with sanctions, but there’s no word on how that would work, where the burden of proof would be and so on, making it very likely that there will be efforts to avoid the caps.

The G7 hopes that even if Turkey, China and India (the three largest buyers of Russian fossil fuels outside the EU) will refuse to formally participate in the price cap agreement, they will use it as a leverage against Russia to negotiate lower prices. They might, but China and India have already accepted insurance from the Russian National Reinsurance Company (a state controlled entity), instead of the London-based International Group of Protection and Indemnity Clubs.

The question is, who will benefit from it?

And who will benefit more?

It cannot be ruled out that in the end, it will be China and India (again) that gain the most, while the West will (maybe) see a minor decrease in energy prices, but nowhere near enough to offset the damages caused by the sanctions regime. President Biden has only limited resources (with U.S. emergency oil reserves at multi-decade lows).

Demands for solidarity with Ukraine (in particular) and Europe (in general) have evoked (not forgotten, but pushed back) memories and hurts of colonialism and have led to Asian and African leaders to criticize the “outdated mindset” of the West, that thinks (as India’s External Affairs Minister S. Jaishankar put it), that “Europe’s problems are the world’s problems”, but not the other way around.

In the long run, Europe and the U.S. might eventually win the war against Russia, but the price to be paid might be bigger than a sky-high energy bill alone, leading to a loss of reputation (and with that leverage) all around the world.

Christopher Tapp Follow
« The trenches have been dug, the circles are closing
With or without Xi, China’s path seems straightforward »