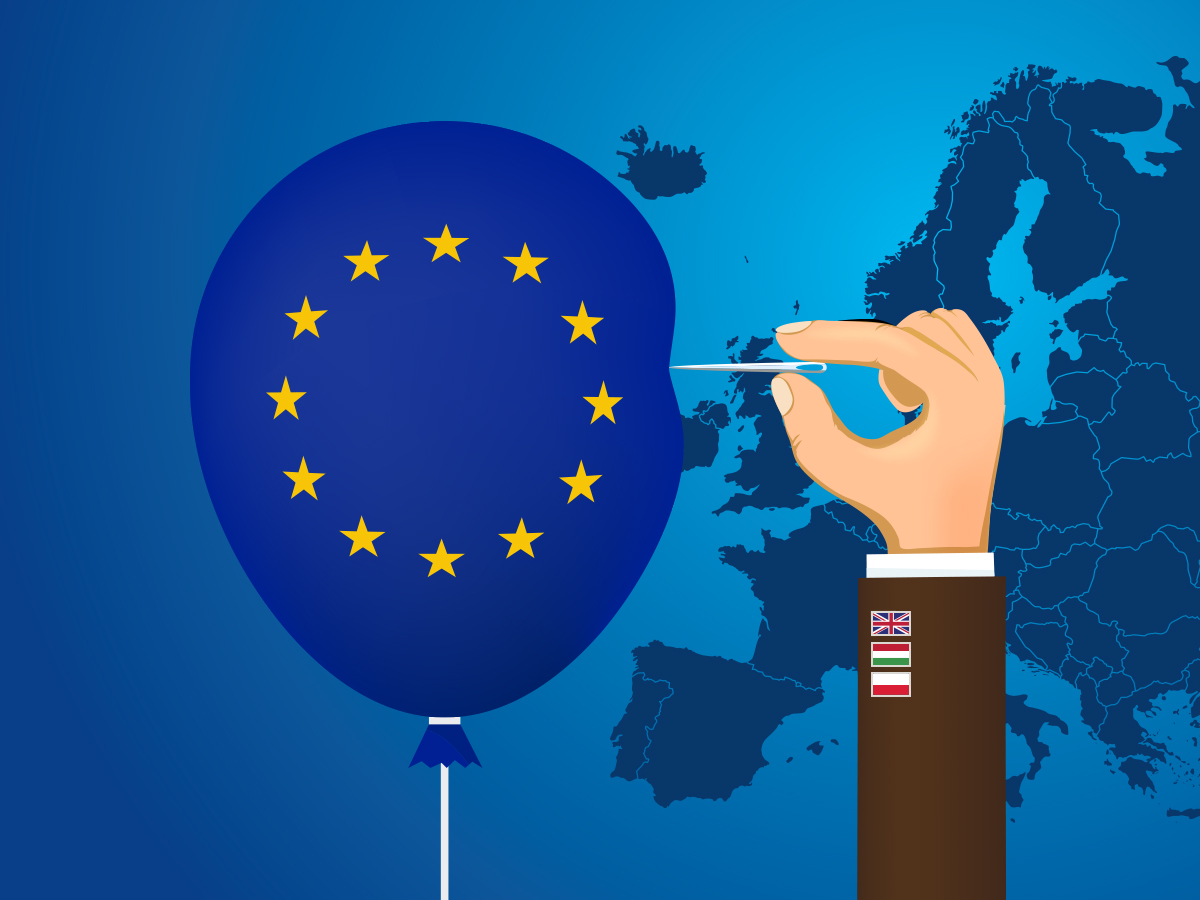 It has a fancy name, called Euroscepticism.

Itis present in each and every member state. (Even more so in the one that took it a step further and actually left the block.)

Of course, the meaning behind the term might differ radically from country to country and it manifests in various forms, political parties, movements, groups and policies. Some are satisfied with the current level of shared sovereignty and only fear further steps towards an ever closer union, others think that the conferral of competences  should have been stopped years ago and the EU should have remained something less than it is now.

There are many ways to dismiss those feelings, starting from questioning their validity and ending with finger-pointing and calling those who “believe” in it, lunatics, “deplorables” (Hillary Clinton-style), dictators or many other names.

But it won’t solve the underlying problem.

People, in fact many people, all across the Old Continent, are dissatisfied with the way things are going. (Not just the euro-sceptics. The other side is dissatisfied, too, for them it is not quick and not deep and not radical enough.)

It might not be a simple coincidence, after all, that the European People’s Party, that once was the engine of integration and was the home of some of the most influential people in the history of the bloc; lost most of its clout during the last few years, losing voters to the left and to the right; and the party that once gave the majority of governments in Europe, now has only 9 representatives at European Council meetings.

After leaving the EU, the UK is set to step even further, as Justice Secretary Dominic Raab recently declared that the overhaul of the UK’s Human Rights Act would include a mechanism to correct rulings by the European Court of Human Rights; declaring that “we want the Supreme Court to have a last word on interpreting the laws of the land, not the Strasbourg court”.

French presidential candidates are seemingly holding an EU-bashing contest, demanding the supremacy of French law over EU legislation. Familiar? Poland is doing exactly the same. But while it is not new or unexpected in France, either, at least on the far-right end of the political spectrum, now also mainstream politicians are doing exactly the same.

The founding idea of the European Coal and Steel Community is still valid: to make friends from enemies to prevent the next war. As of now, it seems that the European governments are making enemies from each other again.

It is easy to forget, though, that even that first period, the Hay Day of European integration saw a lot of debate, and many legal proceedings (anyone remembering the famous Cassis de Dijon case, or the quarrel over the shape of margarine packages?). Those court rulings, with time, of course, clarified the sometimes not unambiguous wording of the treaties, built and extended the acquis.

Even friends can have arguments or differing worldviews. To a certain extent and depending on how “deep” or “intimate” partnership we want. When the “close” is “too close” for one party or the other, relationships tend to end. It’s not always easy or peaceful between human beings, and, as Brexit clearly showed it, it is really messy and painful between tightly interconnected countries.

The question is about the right direction one should choose while trying to resolve the conflict.

Both sides can push their agenda (and even that can be done on many different levels, with different levels of aggression and with various tools), trying to pressure the other into changing course, bow and subject itself to the others’ will. The outcome of such pursuits is questionable, the wins may turn out to be heavy losses in the long term. Declaring Vae victis didn’t really help the Gaul leader, Brennus on the long term, after all. Now there is word about Polexit. Huxit. You name it. In the EU’s own marital brawl, the counter-step could manifest in cutting funds, starting legal proceedings, issuing angry statements, or, ad absurdum, the European Parliament suing the European Commission.

Maybe it would be more reasonable, just to use a mathematical term, to search for the least common multiple. A level on which they both can agree and slowly, but surely, in a peaceful manner and with many negotiations, ceasefires and thinking, they can continue to build their friendship. It might not seem to lead to a perfect, shiny federalist-EU, probably won’t even solve all the current issues, yet it might be the next right thing to do.

One can blame outgoing German Chancellor Angela Merkel for many things, maybe even for the fact that her unwillingness for confrontation prevented Germany for executing some long overdue overhaul of German domestic politics; but it was her compromise-seeking attitude that kept the EU so far together and allowed it to go forward. Sometimes with baby steps, other times with bigger leaps, but she used what she had.

On October 15, she even criticized (something she rarely if ever did so openly during her 16 years of tenure) the European Parliament over its threat, saying: “From my point of view, I find it a bit saddening, if I may say so cautiously, when Parliament says that now we may have to sue the Commission. I don’t think that will lead to anything.”

It might be a good idea, to listen to her.

One Reply to “Do the next right thing…”