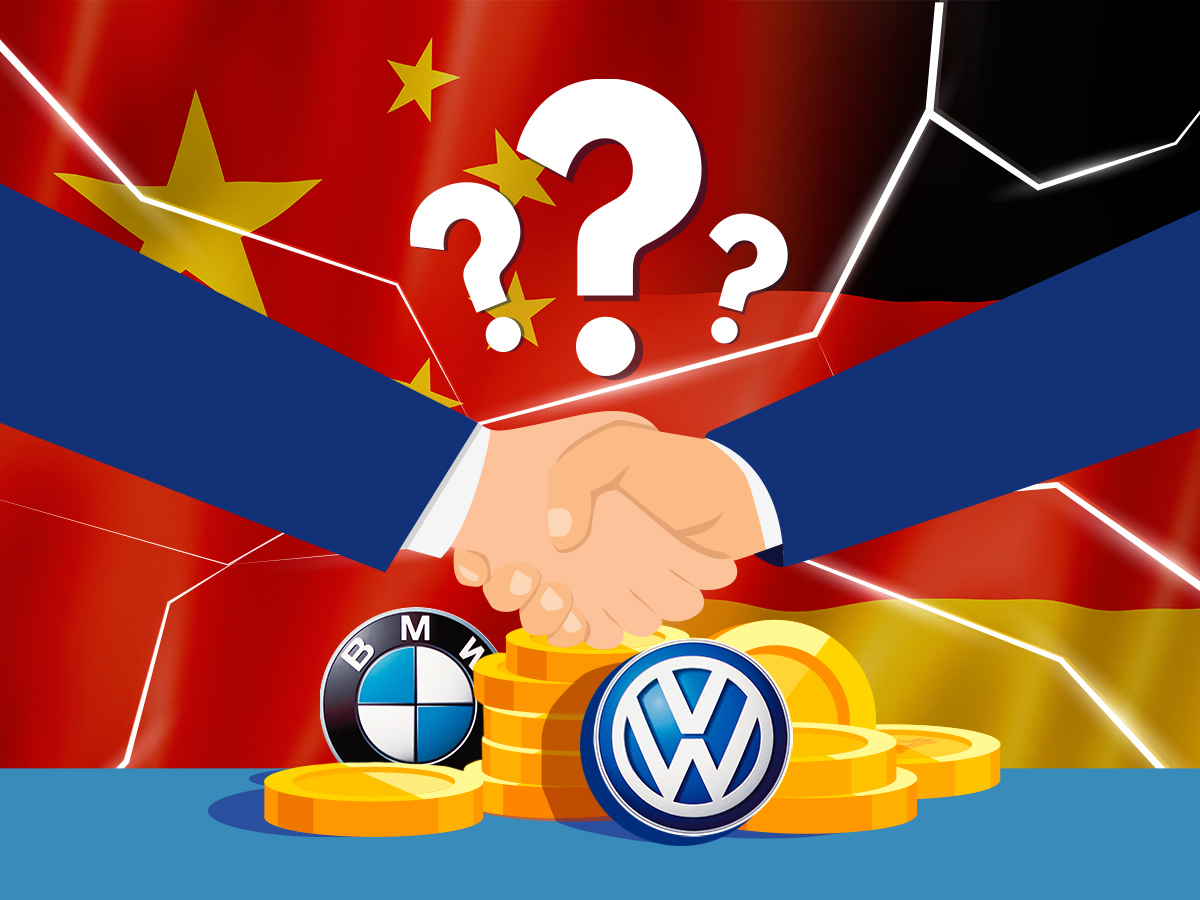 While now the focus is on severing the country’s economic ties with Russia, the real challenge for Berlin will come only after.

The era of cultivating a close relationship between China and Germany, the preferred approach during the 16-years tenure of Chancellor Merkel, one that saw the rise of trade relations (in 2005, China accounted for less than 3 percent of German exports, in 2020 it was 9 percent and that represented almost 50 percent of all EU exports) and what culminated with the German-driven investment agreement in 2020; is likely over.

Thanks to the “Zeitenwende” and having chosen the transatlantic partnership over the Eurasian cooperation, Germany will need to figure out how to handle China, that represents, obviously, a far bigger challenge to Western hegemony than Russia. And how to do that without further upsetting supply chains and markets.

The traffic light coalition started off with an agreement that, for the first time in the history of the country, contained some strongly worded opposition to Beijing’s policies on Hong Kong, Xinjiang, Tibet and Taiwan. German statements coming from various levels of the government or from think tanks started to voice concerns over human rights issues.

On the level of the EU, China was declared a “systemic rival”, the Comprehensive Investment Agreement was stalled by the European Parliament.

The crisis in Ukraine clearly proved that the German policy of “Wandel durch Handel” did not lead to the expected results.

Despite all of that, before the invasion of Ukraine, Germany tried to maintain the status quo and Berlin did not join officially the diplomatic boycott of the Beijing Winter Olympics.

The government and the economy already got a little taste of how confrontation with China would look like in the first few months of the year, when German businesses were also threatened by the growing animosity between Lithuania and China.

For months, experts have predicted that Olaf Scholz would not take a confrontational approach towards China, rather, as Nils Schmid, SPD’s spokesman for foreign affairs put it, he’d indirectly tackle the issue by talking about innovation, European sovereignty, modernizing European industry, the ability of democratic systems to deliver good results, prosperity and equality to citizens”.

Indeed, the new German laws on supply chains (that seek to ban goods produced by forced labor) are rather “generally” worded, but are clearly aimed at China.

But as the global winds change, Germany’s China politics might also be affected.

Though economic ties are still strong, concerns are growing about the effects of China’s zero-Covid strategy and the increased competition from Chinese firms, and the case of Lithuania just added oil to the fire. The weaponization of economic ties is a worrying development for German industry, as it was proven by the 25 percent decrease in revenue for German companies following the Chinese government’s boycott against Western brands.

On the other hand, a shift towards renewables would require turning towards China, the leading global supplier of solar panels, lithium batteries and, thanks to its investments around the globe (especially Africa) during the last decades, also a force to be reckoned on the market of rare earth metals.

According to Foreign Minister Annalena Baerbock, work is underway to create a new China-strategy, along with a new German national security strategy. The step was welcomed by (brand-new) US Ambassador to Berlin, Amy Gutmann, who also drew attention to the fact that the new China-policy would require complex planning, given the significance of China to German economy.

Just one data to prove this: The 40 companies registered on DAX have 16 percent of their trade with China, with a value of yearly €230 billion. Those companies have about 700 subsidiaries on Chinese territory. Though Russia plays a significantly lesser role, the DAX fell by 15 percent (and climbed back three-quarters of that) after the invasion of Ukraine. The effect of an open confrontation with China would be devastating, probably even worse than the effect of the COVID that sent the DAX back to 8200 points. (That, especially the first three months of 2020, was a good example of what might happen in case with a fallout with China, because much of the losses on DAX was the direct consequence of the abrupt halt of Chinese economy.)

Would the US-China trade war deteriorate (and it is very likely that it will, in the medium/long run as President Biden is probably even more focused on it than his predecessor, though he’s doing it more subtly, with less outbursts), the time would probably come when the Germans would need to take a step similar to closing the Nord Stream II pipeline.

The question is, where would BMW sell the 862.000 cars it sold in China in 2021 (out of the 2.7 million sold globally) or what would happen to it if it could not do so? (And the VW group is even more vulnerable, having sold 37.2 percent of its cars in China.)

It is almost impossible to predict, how the “Putin-shock”, the rippling effects of the Ukrainian crisis would alter German outlooks (e.g. sudden destabilization in some developing countries due to the food supply crisis), and it is even more so to tell, what the political and economic price (recession, soaring inflation, high level of unemployment) of a confrontation with China would be.

Leslie Zelinka Follow
« A question about the urgency of the Green Transition
Quo vadis, World Order? »