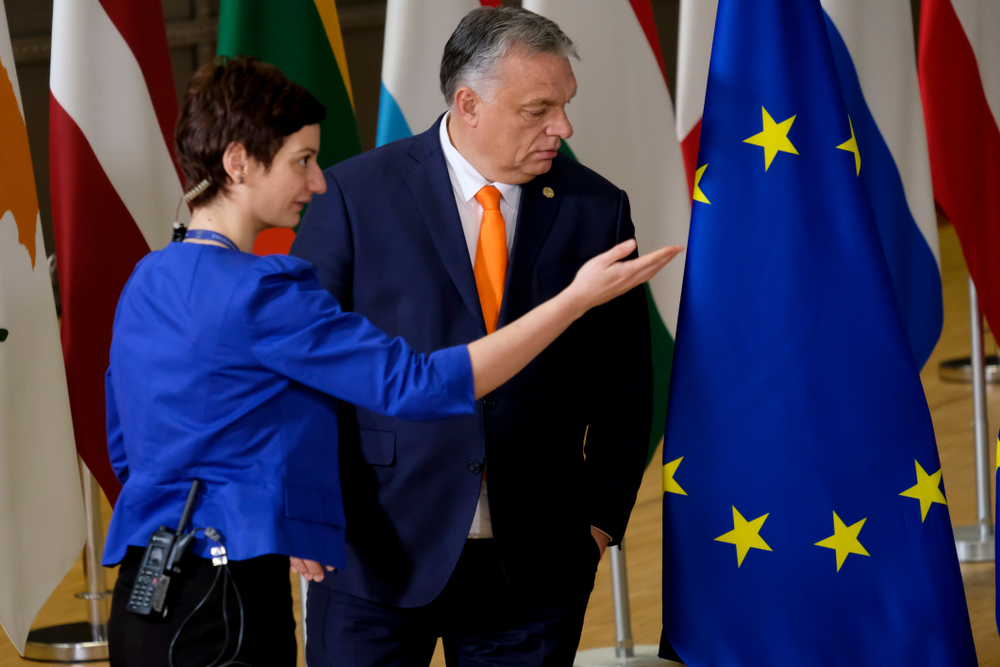 After a lot of theatrics, that included among others then-European Commission President Jean-Claude Juncker greeting Hungarian Prime Minister Viktor Orban with a not-so diplomatic “The dictator is coming … dictator!”; the suspension of the EPP membership of the FIDESZ party and a lot of mud throwing, the parties finally agreed to divorce in March.

There was a lot of fanfare, “a great relief and a historic day”, and champagne and handshakes as the “Hungarian rebels” finally left, as headlines hailed the step, the “long overdue departure of FIDESZ and Viktor Orban from mainstream European politics” (as Dacian Ciolos from Renew Europe Group said) all over Europe. Just like Hades told Hercules in the Disney classic, “We dance, we kiss, we schmooze, we carry on, we go home happy. What do you say?”

There is something we should keep in mind, though. Hades wanted to get rid of Hercules because of a prophecy he got from the parcaes, or, as they were originally called in Greek mythology, the Moirai, the three guiders of destiny: “A word of caution to this tale. Should Hercules fight, you will fail.”

Now, that all the fanfare is silenced and the dust had settled after the divorce celebrations, the question is still there, Quo vadis, European Peoples Party?

As a quick side note, it was not a coincidence that the divorce took longer and had more twists and turns than the average Brazilian soap opera. Realpolitik, EP seats and votes all played a role. At the end of the day, the EPP was very much in need of those rebel votes, let it be about the nomination of Ursula von der Leyen or the vote on the MFF.

For decades, the EPP was the most influential group in the European Parliament, but in the last years, its numbers and with it, its powers started to shrink.

It wouldn’t be a bad omen if it were only because of Brexit and/or the FIDESZ-party. But the departure of the British Conservatives in 2009 and the dwindling numbers of French Republicans and Italian Forza Italia members all added an extra layer to the problem. The next elections are still far away, but the results of the German elections, more importantly the results of the CDU/CSU coalition might predict the fate of the EPP (and its group).

The reasons behind the decline are many, but quite naturally, domestic politics and voter’s disappointment in member states played and plays a key role.

A recent research highlighted additional motivations behind expelling FIDESZ. Currently governing center-right parties were 20 percent less likely to vote against “the rebels” than those in opposition, the reason behind could have been the desire to preserve good bilateral relations. The same research has also found correlation between the individual countries’s score on liberal democracy meters and their voting preferences. Add to this the fact, that even within the EPP there was a wide difference between the parties, either on ideological or geographical basis and the recipe was ready for a prolonged divorce.

If we consider the ideological and political stance of the ECR group and take a look at Matteo Salvini’s Lega party (currently part of the Identity & Democracy Group, alongside with France’s Marine Le Pen) and its recent “repositioning”, basically an about-turn vis-à-vis the EU, mainly based on domestic political reasons; it is not that far-fetched to predict a possible realignment on the right with the creation of a strong, Eurosceptic group . Somewhere in between the AfD & Co. and the EPP. It is less likely, but not unimaginable, that some on the right fringes of the EPP might decide to join them, especially if the downward trend continues.

Up until now, dissent was generally rare within the EPP Group. The above cited research showed that between 2009 and 2019, 92.5 percent of the MEPs voted together across all policy issues. Except for the question of fundamental values, when the voting discipline drops significantly: only 67.3 percent of the MEPs followed the same pattern, and it was even less, only 59 percent, when it came to voting on Hungary. Now, with the common enemy gone, ideological rifts within the party might increase.

With the European Parliament increasingly moving towards center-left, especially with Renew Europe being able to cooperate with other political groups and being able to secure majority in a wide range of topics, the EPP might get caught between hammer and the anvil.

So far, the main strategy was to label anybody positioned to the right from the EPP “center” as radical, right wing fringe party and such. A step perfectly fine as a tool in political communication, yet pathetically inadequate when it comes to “curing” the problem. It might be more useful and more sustainable in the long term, if parties in the center (aka the EPP group) would reflect and react on the problems drawn up by these “radicals”.

Christopher Tapp Follow
« The results of the America First – Covid/Biden approach
Chinese or not Chinese, that is the question? »