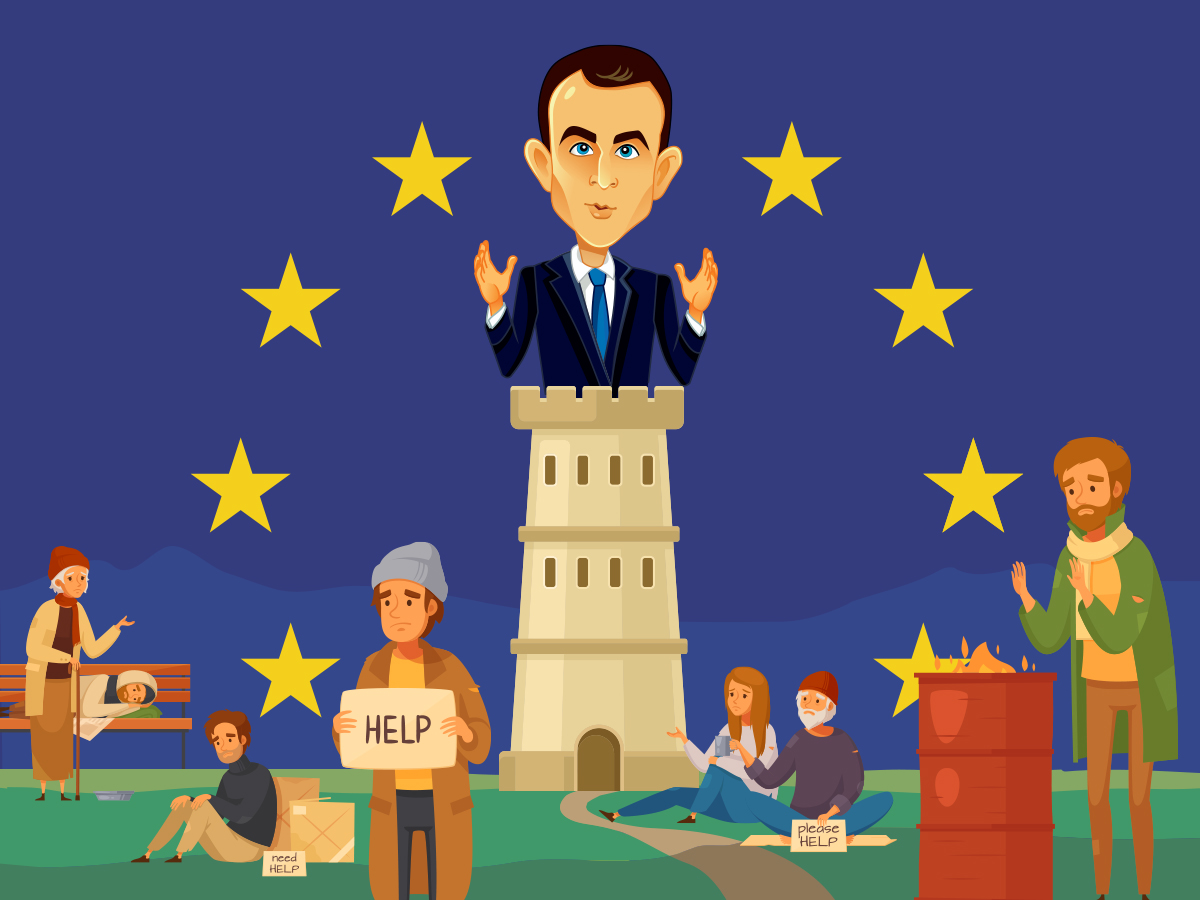 Leading political forces all over Europe could get a glimpse into the future during the last ten days or so, as protests engulfed the continent.

From France where protesters carried billboards demanding to have Bruno Le Maire’s salary for themselves to Romania and Moldova, people demanded more action against rising costs of living, skyrocketing inflation and even worse energy prices. And more pay.

Probably France was hit the worst, where strikes and protests disrupted the functioning of the energy sector (among others 20 out of the 56 nuclear plants and oil refineries), the train traffic and even schools. More than 100.000 people marched on the streets of Paris on October 16, joined by Nobel Prize winner Annie Ernaux and President Macron’s main opponent in the last elections, Jean-Luc Melenchon.

The UK trailed closely after, with postmen, railway-, port- and transportation workers, demanding higher wages and better working conditions. Independent of that, though not quite separately, large anti-Brexit-slash-pro-Eu protests also rocked the country, reflecting general discontent with the way the Tory-led government led the country and blaming Brexit for all the economic woes.

Similar scenes happened from Germany and Belgium through the Czech Republic, Italy and Cyprus to Romania and Moldova.

Though the parallel is maybe not the best, it was probably in 1848 the last time that people in various places over Europe, from East to West, from North to South, stood up in approximately the same time, took to the streets and voiced demands similar to each other, despite the differences in place and society and country. And we all know to where it led (think Spring of Nations).

This week, pictures from various countries could have been interchangeable.

This time, the demands were not for more freedom or human rights, but things much lower on Maslow’s Pyramid.

People were demanding that the governments took more efforts to tackle the soaring energy prices and the cost of living. They were asking for pay increases that keep pace with inflation.

In Prague, people resorted to the slogan borrowed from President Trump and demanded that the government took “our country first”.

Though the causes are manifold and interconnected, the situation in Ukraine and the sanctions introduced against Russia play an important role.

And what the governments have done so far (including among others a staggering €576 billion in energy relief for households, and a series of measures to help the worst affected sectors of the industry), it is not enough.

As of now, support for Ukraine is still high among European populations, but the transitioning off from cheap Russian fossil fuels is proving not to be easy, and public support might easily erode if the situation is not kept under control. Millions face the risk of being pushed into poverty and unemployment.

It might be tempting or easy, to dismiss it as populism or blame it on people’s naivety or them not understanding the deeper logic of things. But it might be not a coincidence that all over Europe less mainstream (understand far-right or far left) or so-called “populist” parties are emerging at a greater pace than ever before.

Jean-Luc Melenchon could claim with relatively high confidence that “with what we are doing today, with so many organizations calling for it, we are drawing the construction of a new Popular Front that will exercise power in this country … and which will begin by taking care of the poor people, of those who suffer and cannot defend themselves.”

With the future of the crisis in Ukraine still uncertain (in fact, on the brink of a possible deterioration if warnings of an upcoming new front from the direction of Belarus come true) the EU and the governments on the continent have little room of maneuver. A pay raise that would at least match the inflation rate is far beyond the limits of most budgets, also severely constrained due to the sanctions packages.

Temporary gas price caps might help to Europe to weather this fall and winter, especially if the weather remains as mild as it has been so far, but that might not prove enough the next year, even less, if Europe will be forced to find a solution for supplying energy to Ukraine, as the country’s infrastructure got under severe Russian attack.

Altogether, the best chance to tackle inflation and the energy crisis would be the swift end of the crisis in Ukraine. The alternative is a deepening crisis with more financial restrictions, more poverty. It is maybe time to brace for growing discontent and some sort of realignment of political powers.

Christopher Tapp Follow
« Macron’s Momentum (or is it?)
Is 2015 about to repeat itself? »