One year of Biden – how far he got? 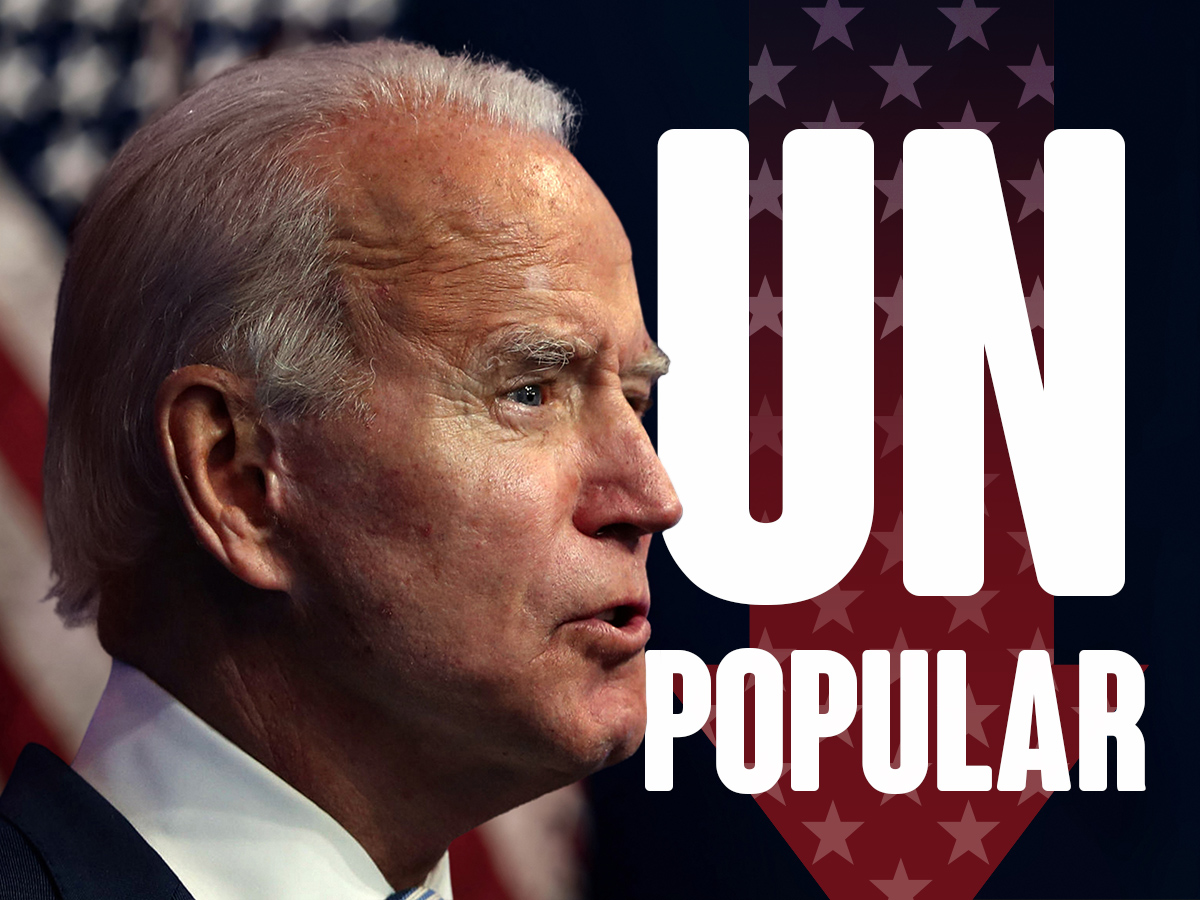 It was only a little more than a year ago, that Lady Gaga, with a giant golden brooch on her chest, sang the Star-Spangled Banner. A dove carrying an olive branch, because “may we all make peace with each other”, as the singer tweeted it a little later. Another not-so-discreet, one could say Lady Gaga-style reference to all those pleas and promises that characterized Joe Biden’s campaign and inaugural speech. Peace. Unity. Harmony. Love.

A year on (and only a year before midterm elections), it is high time to look at the achievements of his administration.

Though, he summarized it pretty good in his January 19 press conference, saying “Our work’s not done.”

One of his central campaign themes was restoring the unity of a(n almost) hopelessly divided and, as the January 6 events (a.k.a. The Capitol Hill Insurrection) proved it, rather angry nation. He said exactly these words: Bringing America together. Uniting our people. And uniting our nation.

Even a very optimistic person couldn’t believe that it was something he could achieve within four years, let alone one year. And the events of the last twelve months, let it be about removing some statue or another, abortion rights, the modification of electoral laws, the sentencing of Kyle Rittenhouse or mandatory vaccinations, prove that it would be a Herculean task, no, not to unite the country, but at least bring the two (or more) sides a little closer together.

The upside is that it didn’t get much worse, and despite sporadic outbursts of dissatisfaction, occasionally combined with violent protests, the country is not on the verge of a full-scale civil war (or even close to it).

Speaking about COVID-testing and measures and economics, and answering a question, he claimed that he didn’t over-promise during the campaign, citing job and new business growth and low unemployment. He might have been right on that, and with that, fulfilling his promise about putting people to work in good jobs; but, with only 63 percent of Americans fully vaccinated, the US is still far from having the pandemic behind it. So, his “we can overcome this deadly virus” promise hasn’t been met, yet. The economic wins are surely there, but so are other troubles, from inflation to supply chain problems and labor shortages in some sectors. Combine that with record levels of daily infections and the picture is even gloomier.

Schools haven’t become any safer, either, as the 34 school shootings in 2021 show it, despite having promised safe schools for American children.

Add to this his “lagging behind” on his top two legislative priorities, the Build Back Better package and the federal voting rights bill. (On the positive side, he could achieve a few important goals, like a $1.9 trillion pandemic relief bill or the famous/famed infrastructure package in November.) One could say that it was the fault of the Republicans, but, especially if one is to take into account that Biden “advertised” himself as a consensus-maker, he seems to have seriously underestimated the challenges he’d face or overestimated (or simply overstated) his own abilities.

It might be the second, given that he often had difficulties (or couldn’t do it altogether) keeping members of his own party in line, like when it came to his voting reforms legislative initiative, or elements of his climate agenda.

All in all, no matter whether he believes in polls or not (he says he does not), there is no survey that would show a different result. And not one that is very painful to him: as of now, nearly as many people dislike or hate him as many liked or loved him a year before (56 vs 52 percent). Even more worryingly (for him and for his fellow party politicians facing midterm elections), the trend seems to be very unambiguous.

Peace is something he definitely hasn’t achieved.

If something, his record is the opposite. Ukraine has never been so close to drift into an all-out conflict with Russia; Bosnia-Hercegovina is at the brink of falling apart, the Iran nuclear deal seems lost for good, the issue with China doesn’t seem to have gotten even an inch closer to a solution. He finished pulling out American troops from Afghanistan, but, though it is not entirely his fault, the country seems slowly but surely sinking back to the same state it was before 2001.

Biden promised moving away from “America First”, and probably he did manage to strengthen the alliances in Europe, let it be within the ranks of G7 or the NATO. Even if signing up to the AUKUS alliance actually caused a small diplomatic row between Australia and France.

He did rejoin the Paris Climate Agreement, held a democracy summit and (a little belatedly, but later is better than never) joined the EU efforts in distributing COVID-19 vaccines around the world.

But his promises for a more human immigration policy might have led to some unintended consequences, namely the steady rise of illegal border crossings.

All in all, it is doubtful that any parent would be happy, would their child have a report card like this.