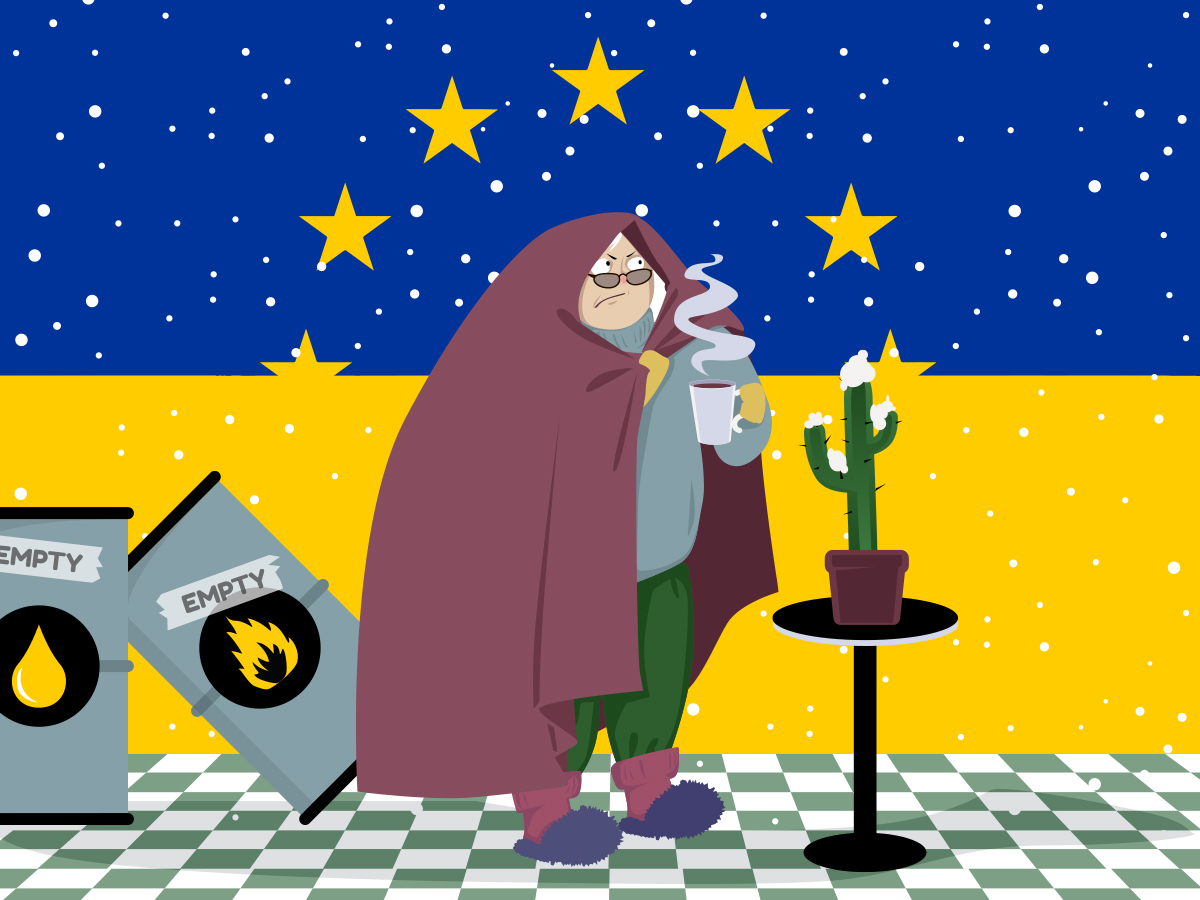 In the latest twist and turn of the Brazilian telenovela called “EU energy crisis”, on July 30, Russian gas provider Gazprom announced a halt in deliveries to Latvia for an alleged breach of contract terms, without providing further details.

A familiar pattern, as the company has already halted or reduced deliveries for shorter or longer periods since the outbreak of the war in Ukraine to 12 different EU members, including Poland, Bulgaria, the Netherlands or Denmark, and of course, has pulled the greatest trick by slashing flows through the Nord Stream 1 pipeline, a step that had, according to Commission President Ursula von der Leyen, “no justifiable technical reason”, but was simply blackmail on Russia’s side.

European leaders are scrambling to find a way out of the crisis, as fears are growing that at one point, Russia will completely shut off the flow of gas. As Fatih Birol, executive director of the International Energy Agency put it, “the situation in Europe is perilous” and the region must prepare “for a long, hard winter”.

While the priority is on securing immediate supply and survival, and for that, a series of emergency measures had already been applied, including the freshly reached agreement on mandatory, EU-wide gas rationing and on setting a voluntary target to reduce gas usage by 15 percent through March 2023, the long term solution is, though a less acute, but probably more important question.

Even more so, as the debate on the gas reductions once again brought to light the significant differences between the member states that are dependent on Russian gas and those, mainly in the South, that are “not vulnerable to Russian disruption”.

The problem of medium and long term energy security is one that is not easy to solve.

While the EU is determined to reach climate neutrality by 2050, the transition was never meant to be easy or cheap, with Russian gas out of the resources it will be painful and rather expensive, not to mention that due to a combination of technological-logistical-financial reasons, renewable energy just simply cannot be counted as reliable resource for many years to come. Experts also agree that forced transition and policies almost exclusively focusing on emissions reductions have actually worsened the situation, that got completely out-of-balance after “the three dimensions of the energy trilemma – security, affordability and sustainability – has come under strain”.

Nuclear energy is not really an option, not in the least because nuclear power plants cannot just be conjured from thin air and need several years, probably decade to get built and start to function, no matter that even staunchly anti-nuclear German Greens are starting to have second thoughts about phasing out nuclear energy.

Coal could be a viable alternative, if only not a large portion of Europe’s coal supply would come from the very same country as its gas flow. Russia. National resources are scarce and there are many challenges in securing supply from other sources, mainly logistical ones and a limited array of possible suppliers. Not to mention that due to increased demand (and with that growing competition between Europe and energy-hungry China and India) and supply shortages led to extremely high prices.

Energy bills already soaring and inflation is at records heights, with every passing day, more and more households in Europe are facing a difficult decision: to eat or to pay the energy bills. Energy poverty is no longer the predicament of the poorer Eastern and Southern Member States, but also of Germany.

Gas (and oil) from a different supplier could be the first solution, but alas the list of possible alternative suppliers is not only disappointingly short, most of them are not much better than Russia, from “ideological” point of view.

Unfortunately, as the EU has to “diversify away from Russia and to turn towards more reliable, trustworthy partners”, as Commission President Ursula von der Leyen declared, it cannot really cherry-pick the suppliers, if it is to meet its goals, stated in the REPowerEU program, that aims to radically diminish dependence on Russia with new supplies.

A fact clearly proved by the recent jump in popularity for Saudi Arabia’s Crown Prince Mohammad bin Salman, the very same man, who has been, until recently, de facto blacklisted for ordering the murder of opposition journalist Jamal Khashoggi. Other possible suppliers, like Iran, Qatar, Egypt, Azerbaijan or Algeria aren’t much higher on the Human Freedom Index than Saudi Arabia or Russia, for that matter, and have been in several quarrels with the EU lately. Most of those are also involved in several other conflicts and often have complicated relationships with Moscow.

Another solution could be to increase the EU’s own production, but, just like with the nuclear energy, it’s neither compatible with the EU’s dreams of green transition, nor are much easier to produce enough.

The examples range from Denmark (that started to boost extraction in its North Sea fields), Hungary (that promised a 0,5 billion cubic meter hike in its domestic natural gas production). The German and Dutch governments have also approved the development of a new gas field in the North Sea. Canada promised to restart production from a small(er) well.

While none of the above solutions brings the EU closer to its target to transition to a carbon neutral economy, they might bolster the EU’s systemic resilience, and might in the long run pave the way to a more balanced approach to energy security.

Christopher Tapp Follow
« The lessons China learned
How to proceed with climate talks? »