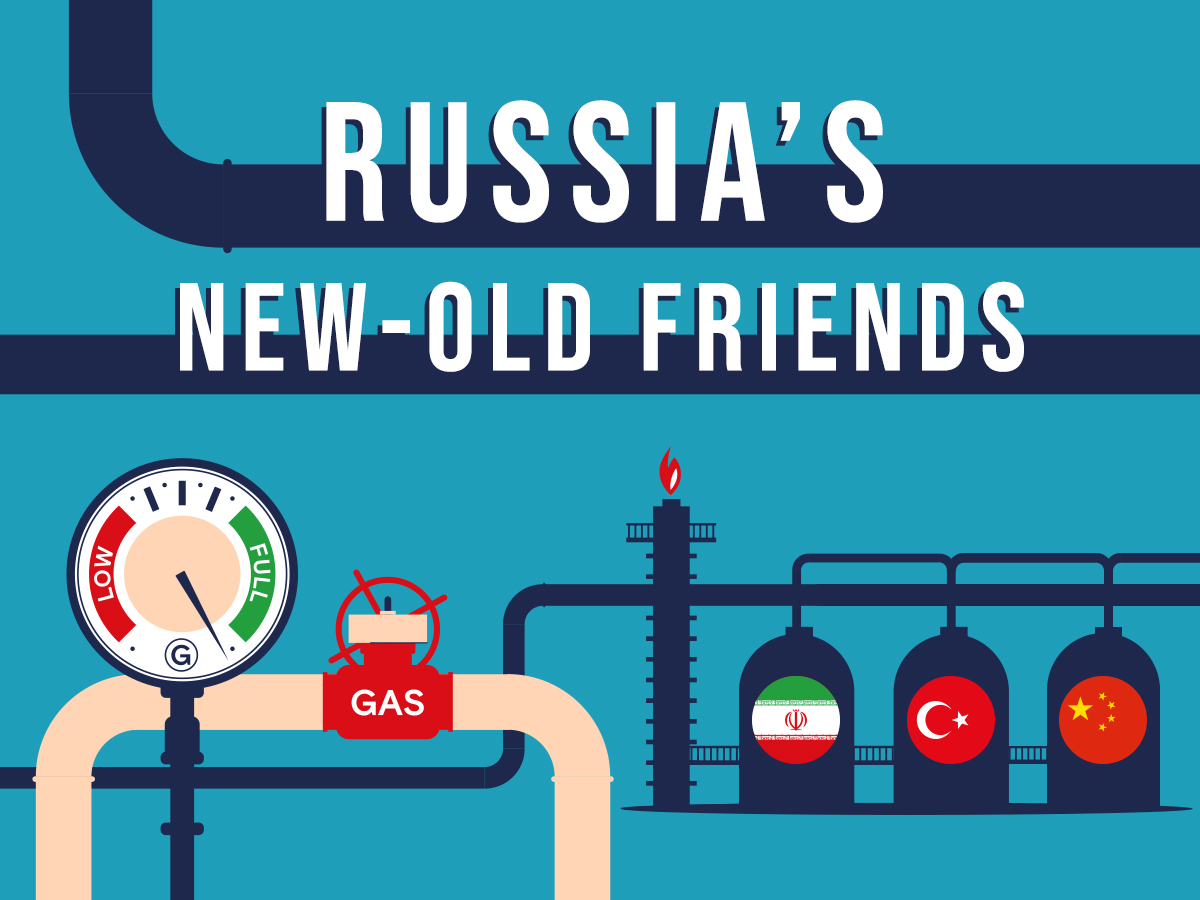 In time of need, Russia used the July 19 Tehran meeting to reach out to some partners, both old and not so old.

Officially under the “Astana Format” a process aimed at coordinating Turkish, Russian and Iranian efforts in Syria; still, the very fact that there were leaders, including that of a NATO Member State, willing to appear on one photo with Vladimir Putin is yet another proof, that there is a long road ahead if the Western Coalition aims for isolating Moscow.

It is yet to be seen, how effective the summit was in terms of forwarding regional matters, but the very fact that it could take place was a warning sign.

Despite their several differences (think Syria or nuclear energy) and the mutual and historical tension and suspicion, Iran and Türkiye extended their gas export contract for a further 25 years. Ankara is still reluctant to introduce economic sanctions against Russia, neither has it closed its airspace to Russian flights.

Whereas, Iran, though officially denies taking sides in the matter of Ukraine, has issued a statement after the summit, in which it suggested that Putin might had been provoked and the war could have been avoided. It is reported, that Supreme Leader Ali Khamenei went on saying that it was the West that opposed “an independent and strong Russia”.

If Iran and Russia get closer, or if, for example Iran does sell its drones to Moscow, that would present new geopolitical realities (think negotiations about Tehran’s nuclear program), not to mention the fact, that the country can serve as an export corridor to Russia. In addition to that, Gazprom and Iran’s own oil company signed a Memorandum of Understanding (worth €39 billion) to develop Iran’s North Pars Gas Field.

We’ve already written about Chinese-Russian rapproachmentthat got further enhanced in the meantime. On the sidelines of the St. Petersburg International Economic Forum in June, the two countries reached several agreements regarding energy, food or other daily commodities, in addition to the technical agreement signed on a Russia-China Far East Gas Supply Project to strengthen energy cooperation.

An earlier Gazprom report in May has already revealed that in the first four months of 2022, Russia’s gas shipments to China increased by more than 60 percent compared to the same period of 2021, in a large part due to the conflict in Ukraine. China’s need for natural gas gives ample room of maneuver for Moscow.

It will grow further, if the twin of the Power of Siberia 1 Pipeline, the Power of Siberia 2 will be built, as announced by Mongolia. If everything goes according to plans, the construction of the new, 50 billion cubic meter-capacity pipeline will start in 2024 and the project is expected to go online in 2030. Experts had warned though that with the sanctions looming over Moscow’s head and due to the subsequent shrinking of Russia’s market share in Europe, it is very likely that the timeline will be accelerated.

On the other side of the equation, there is the EU, where the clouds are not simply gathering on the horizon. (Or as German Economic Minister Robert Habeck put it on July 7, the country could soon face the “collapse of social peace”.)

As Gazprom cuts or diminishes deliveries, not a day goes by without a new “suggestion” or “proposal” about how Europeans should prepare for the winter, Member States are scrambling to secure gas supplies, to increase storage capacities or to restart old coal-powered power plants.

Add to this the skyrocketing inflation, the ever-growing energy and fuel prices, the problems on the wheat market caused by the war and the threat of a new wave of COVID, and it looks like the perfect recipe for economic catastrophe.

Is Putin using gas as a weapon? Definitely.

Was it a completely unpredictable step? Especially as sanctions started to get more and more severe? Hardly.

European politicians, including Joseph Borrell, Ursula von der Leyen or Charles Michel, have repeatedly stated that the sanctions work, the Russian economy has shrunk considerably and all Europe needs is strategic patience, because the effects will be felt only in terms of months or years. It is also true, that it was high time to cut structural energy dependence on Russia, but maybe it could have been less painful if it had happened gradually.

It is questionable though, that sanctions have reached their desired effect, especially not as soaring energy prices actually help Russia, to an extent that Russian income from oil sales for example has grown despite Russian crude selling at a heavily discounted price and at much lower volumes than before.

They definitely did not stop the war, especially not in light of recent Russian advancements in the Donbas region and beyond, not to mention the latest announcement of Russian Foreign Minister Sergei Lavrov on July 20. He stated that Moscow’s military “tasks” in Ukraine now went far beyond the Donbas region, because of the changed geopolitical realities. “Now the geography is different, it’s far from being just the Donetsk and Luhansk People’s Republics, it’s also Kherson and Zaporizhzhia regions and a number of other territories”, he stated, adding, “This process is continuing logically and persistently”.

Sanctions might have hurt the Russian economy, or might hurt it even more in the long run; but if their intended goal was to force Russia to stop the war in Ukraine, they were far off the target, in a large extent due to the fact that Russia is nowhere near as isolated, as the West had dreamed about; and has a far bigger economy than, for example Cuba, Myanmar, North Korea, or Iran for that matter. (And it’s not that any of those countries changed much due to sanctions introduced against them.) Not to mention that the Kremlin had plenty of time since 2014 to prepare for a similar scenario, enhancing self-sufficiency in every important aspect.

On the other hand, sanctions had clearly hurt the European economy. As a recent entry on IMFBlog warned, “The partial shutoff of gas deliveries is already affecting European growth, and a full shutdown could be substantially more severe”. The analysis specifically mentions Hungary, Slovakia, Czech Republic and Italy, where GDP can shrink by up to 6 percent.

With no end in sight for the war, it is expected to wreak havoc for many years to come, creating problems ranging from lower annual growth and record-high inflation; that can, eventually, lead to recession.

The EU (“Brussels”) has taken a few steps to coordinate the response of Member States, or to create emergency plans or solidarity mechanisms, but when the real hardships will arrive (for example in January-February 2023), it might not be enough.

With framing the conflict as the fight between “the liberal world” and “the illiberal actors”, and having emphasized the ideological differences over (the probably more important geopolitical-strategic ones), the West has maneuvered itself into a position from which it is difficult to dance back. Neither it is easy to gain more sympathizers on the global front for the sanctions against Russia.

It would be maybe high time to think about some alternatives.

Both in terms of sanctions (e.g. focusing on putting price caps on Russian products instead of banning them, a step suggested by several experts as being more effective) and narrative.

Maybe it is not too late for that.