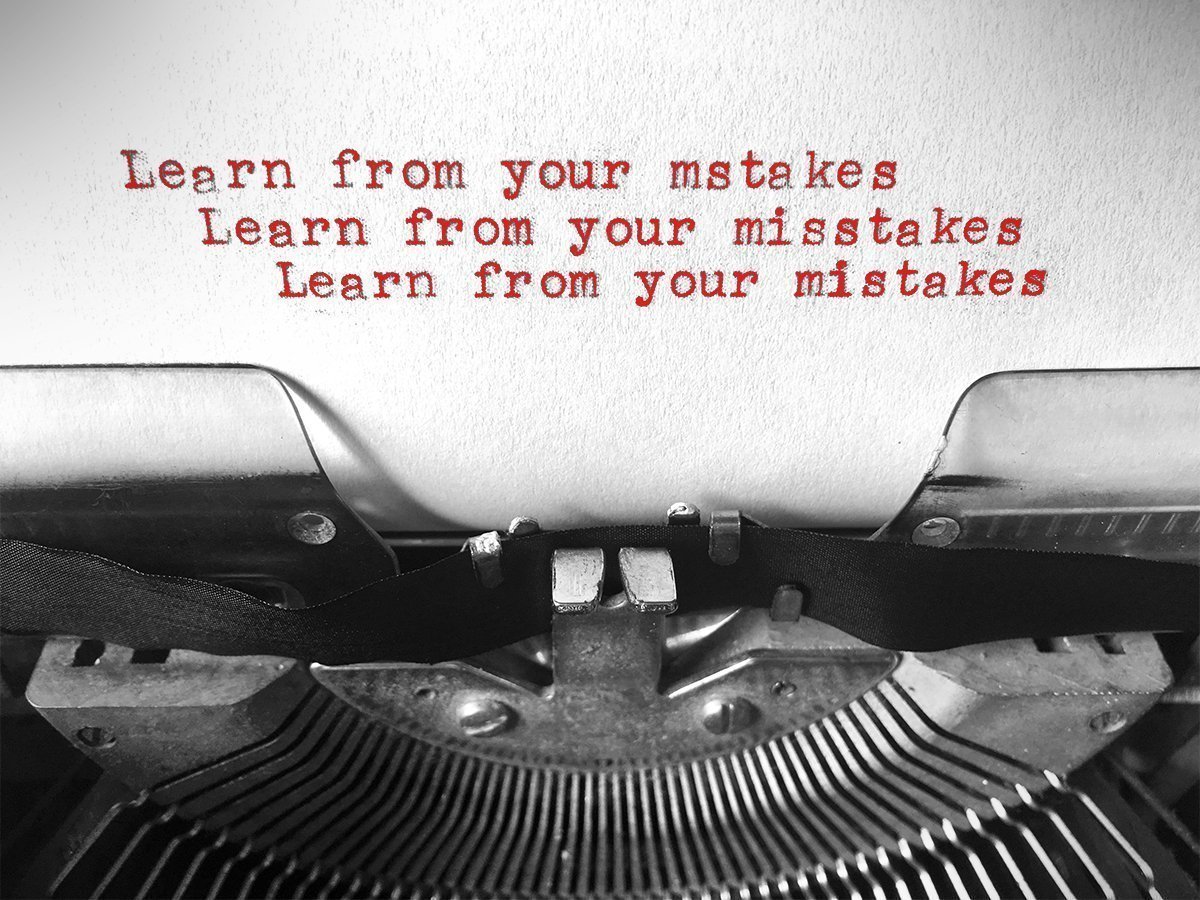 It’s not a big surprise that European Commission President Ursula von der Leyen heavily criticized the lack of solidarity between member states during the first ever “restricted” EP debate (with only a few dozen MEPs being actually present) about the EU’s response to the COVID-19 pandemic. Quoting Konrad Adenauer, she stated that “history is the sum total of things that could have been avoided”.

The original reaction to the pandemic was that of panic, haphazard and unilateral decisions everywhere. Despite being very often said, the principle of solidarity remained exactly that: a principle on paper. The EP, by the way, showing a rare solidarity and cooperation, overwhelmingly voted in favor of implementing the Commission’s proposed €37 billion Coronavirus Response Investment Initiative to address the coronavirus crisis.

The tide has slowly turned, unfortunately neither fast, nor far enough.

You don’t have to be an economic wiz to understand that the longer the lockdowns last, the more serious the effects on our economies will be. The first casualties are already out there, think the German industry (heavily integrated into global supply chains and relying on the Chinese market for selling its products) or the tourism/airlines sector. The sports sector also fell into the downward spiral: besides the psychological effect that the cancelling of sport events has on (professional) sports(wo)men, we’re talking about billions of dollars here, not just the costs of planning, preparing and organizing such events, but also the loss in advertisement and tourism revenues. There are other, less visible effects, too: with sowing season just starting, the agrarian sector in many countries lacks seeds, fertilizers (unavailable or available only in insufficient quantities due to the disruptions in global supply chains) and workers.

The closure of restaurants, bars and other hospitality facilities left thousands of cooks, bartenders and waiters jobless. And though it seems just logical to channel this freed up workforce into other sectors, e.g. like in France were they were told to head to the agrarian sector lacking the cheap Eastern European workforce, this is easier said than done. Unemployment rates are soaring all around the Continent. The same is true in the US, where a record of 3,3 million Americans filed for unemployment during the last few days – and this will leave deep scars, as the latest analyses show, the surge being the worst ever experienced in the world’s biggest economy. One estimate of the International Labor Organization claims that up to 25 million jobs – 3 million more than the 22 million lost in 2009 – could be lost globally if governments don’t act fast.

If this would be over within two-three months, the situation could probably be handled, avoiding the worst.

But if the panic/pandemic lasts much longer, e.g. way into the summer, the spillover effect will push the European and the global economy into a recession similar to the 2009 one. A recent analysis forecasted a 20.6 percent shrinking (or, as a best-case scenario a 7.2 percent one) to the German economy alone, that is anywhere between €225 billion and €750 billion. Another forecast, issued by the OECD predicts that global growth will slow down to 2.4 percent in 2020 due to the pandemic, down from the 2.9 percent forecast last year, but if the pandemic lasts longer, global growth could drop to 1.5 percent.

Individual responses to tackle the negative effects of the lockdown have been introduced in every country, starting with Germany’s €156 billion emergency supplementary budget, the relaxing of the country’s strict budgetary policies and setting up an additional €500 billion bailout fund to recapitalize big companies.

But so far, we haven’t seen a unified and coordinated response on European level that would match the stimulus packet of 2009. The Commission tried to react fast, like allowing further flexibility within the fiscal and state aid rules, which is a good direction. But in many cases it doesn’t have the authority to do what should be done. The ECB’s unexpected move to spend €750 billion in bond purchases to calm down sovereign debt markets is also a step in the right direction, but it won’t solve the problem on its own. This was clearly reflected in the lukewarm reception the stock markets gave to the package.

If you’d be an alien and would visit the Earth only every few weeks to check on EU policies, you could easily assume that nothing had happened. You’d probably wonder why European leaders are arguing via videoconferences instead of their usual meeting in Brussels, but otherwise you could conclude that not much has changed. We still have the “Frugal 4” versus the “Friends for an Ambitious Europe Group” battle.

And we still don’t have a budget – and Ursula von der Leyen only cautiously recommended that the issue should be back on the table quite soon. With all European institutions and all governments in crisis management mode that might be a challenge too difficult to handle.

Before the 26 March “meeting” of the European Council, Charles Michel mentioned a new “Marshall Plan” for Europe: a giant stimulus package for which “we will have to use all the tools” to fight the dire effects of the coronavirus on the bloc’s economies. He talked about an intra-European plan “which must mobilize EU capital in the framework of the European budget; which must mobilize national funds and which should also mobilize the private sector”.

Only a day before that, the EIB also promised a €200 billion package of loan guarantees to help the economies – but it needs the European governments’ help. They should give app. €25 billion for the program to show solidarity and assistance, or as Mr. Hoyer put it, to have “an immediate pan-European response…..a proposal based on solidarity”. He further added: “What better time to stand together than today…”.

But neither the enthusiasm and “strong ambition” (a la Mr. Michel), nor the “solidarity and assistance” wasn’t reflected in the discussions. So far there is no coordinated exit strategy from the lockdowns, no comprehensive recovery plan and no unprecedented investment. There was no solidarity asserted and no budget accepted that would count as a real instrument to support the priorities for the economic stimulus plan. (A few steps were taken in the weeks before, but those were mostly directly related to the pandemic, like the joint procurement measures for essential medical equipment.)

As before, and pretty much mirroring the first 2009 reactions –  the European governments struggled and failed to agree on a coordinated spending strategy beyond their national packages and accepting only the suggestions that are beneficial to all, e.g. declaring a general waiver of rules that limit borrowing and granting exceptions to state-aid regulations. Nothing that would show solidarity with the economies suffering the worst effects and being unable to solve the problem alone.

The only reason the “meeting” was not a disaster was Mr. Michel’s ability to broker a second round of debate in two weeks, waiting in the meantime for the Eurogroup’s proposals.

If the leaders of Europe won’t be able to act quickly, effectively, powerfully and in a unified voice, the effects will be felt all around the Continent.

The frontlines during the debates re-emerged exactly where they’ve been left a few weeks ago in the MFF talks. The “corona bonds” idea was refused by the “Frugal Four” (and Germany), though in theory they can still change their minds. Or they could suggest something else, like the use of the European Stability Mechanism (ESM) proposed by Angela Merkel, or using the Flexibility Instrument, or using the margins available in the EU budget, or all of them together.

But exactly as Germany realized that the time is not appropriate for strict budgetary policies, so should everyone realize that more flexibility is needed on European level, as well. The MFF talks could also take a turn towards that direction, allowing more flexibility in spending when in need. Like in times of a global pandemic, that cannot be controlled singlehandedly by governments, nor they are responsible for it.

The most important thing would be, though, to quickly reach an agreement reflecting the fraternity and solidarity deeply embedded into the European idea, because lockdowns and bailouts are not just only short term solutions, they also highlight the fact that Europe still couldn’t find it’s unified voice.

Marta Loeb Follow
« The Olympics postponed. What comes next?
Entering the guessing game: predictions about the future of the world »