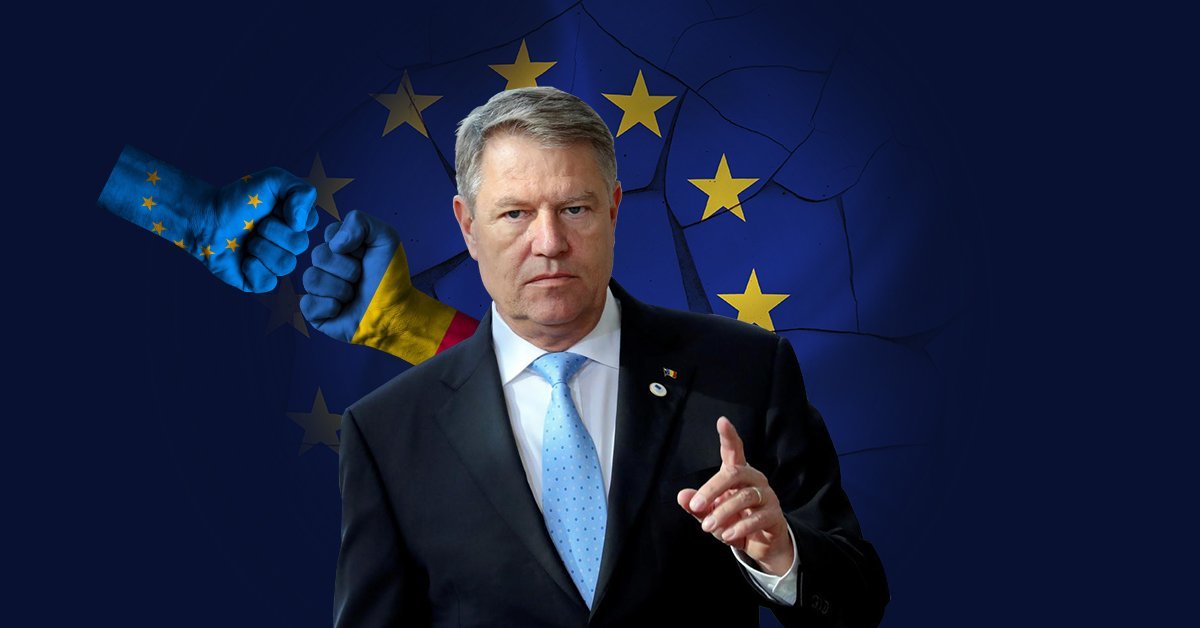 The list of possible candidates for the President of the European Council is getting shorter, at least according to Financial Times.

It is clear that the president is chosen and elected taking into account a wide variety of factors. And since the process is so complicated, reaching an agreement among all the member states means that it can happen that not the best (albeit unacceptable to some) but the least controversial candidate wins the top job.

But we should elect a leader who can live up to the standards and morals of the European Union. And in this regard, there should be huge question marks behind the name of one candidate.

Mr. Klaus Iohannis (or Johannis, if you prefer the German version, which — according to the official version of the family — has been changed to “I” by an over-zealous office clerk back in ultranationalist times, or modified by the man himself, to fit in, according to rumors). The incumbent president of Romania, even if he wouldn’t comment on his alleged bid.

He might not be a man of strong charisma or a skillful rhetorician, but not these personal traits are against him. There are three even more important reasons, why he shouldn’t be the next president of the European Council.

I suggest that when the leaders of the Member States gather to decide who the successor of Mr. Tusk should be, they sit down and open a 7-page document called “Code of Conduct for the President of the European Council”. Never heard of it? It really does exist.

It starts with a few remarks about how the President shall preserve the dignity of his/her office. But then, come some very specific obligations:

I.1. The President will declare his/her interests. The declaration will be made public and contain the following information:

iii. Assets separated by real estate and other property, except the homes reserved for the exclusive use of the owner and his/her family.

In the past, Mr. Iohannis had some difficulties in this regard. The President of Romania has been in trouble for forging documents to acquire real estate in Sibiu. The investigative journalists of Rise Project (respected members of OCCPR and ICIJ) wrote quite extensively about his (and his wife’s) deeds. The report says: “Therefore, four of the six properties listed in the Romanian president’s wealth statement are the direct and indirect result of a retrocession the judiciary established back in 2005 was based on forged documents.” He actually lost at least one of his properties after a long and nasty trial, though no criminal proceedings were started against him.

The following article of the Code of Conduct might also prove difficult to adhere to:

3. The exchange of gifts is discouraged. Member States’ and third States’ protocol services are informed in good time of this general principle.

4. Whenever a “no gifts rule” is deemed difficult to apply (e.g. in view of established diplomatic practices), gifts received or given by the President should be of a symbolic or commemorative nature and have a maximum value of 150 euros.

While being the mayor of Sibiu, Mr. Iohannis used a very expensive BMW, courtesy of his friend Michael Horst Schmidt (owner of Automobile Bavaria). Definitely above the 150 euro threshold. He could also use Mr. Schmidt’s Bucharest apartment during the presidential campaign, and, as far as I know, renting an apartment in Bucharest isn’t a cheap thing, either. You can find some interesting details about the President, Mr. Schmidt and his contacts with controversial Moldovan politician/businessman Renato Usatii at the website of RiseProject.

I understand that these specific standards don’t directly apply to the above cases, though I’m sure that none of them is allowed by Romanian legislation, either. But both of these affairs (even if they happened in the past) question Mr. Iohannis’ credibility as the vanguard of fight against corruption.

Reason Nr2 –He doesn’t always do what he preaches

And while Mr. Iohannis spoke extensively about these issues (corruption, environmental protection, sustainable development, social inclusion and minority rights), things aren’t exactly going in his country the way he describes them. For example, in theory he’s against corruption, but you’ve seen that he had his own share of it.

Or, on the rhetorical level, he appreciates the added value that minorities give to Romania, yet members of the Hungarian minority have a different story to tell about using their mother tongue or war memorials. And there’s no sign of the president trying to calm things down, to intervene and work towards “cohesion and consensus”.

The President of the European Council shall represent the EU, and in no way favor his/her home country.

Mr. Iohannis surely was a good mayor. He spent 14 years at the head of Sibiu and did indeed transform the city, from a communist city to a thriving European tourist destination and regional economic hub. Despite being the member of the German minority’s party, he successfully worked together with other political formations in the city.

But since he’s been elected to president of Romania in 2014, his record is nowhere near as stellar. The “war of the Palaces” became a permanent feature of Romanian politics, not that only the President should be blamed for it. Mr. Iohannis has been accused many times of playing along party lines, favoring his own PNL against the socialists ruling the government. He even lost many supporters at least in one of these cases. And it’s been only days ago that opposition parties gathered at the presidential Cotroceni Palace to sign a cooperation agreement (basically a script on how to beat the socialists in the next elections) with the president. Is it only me, for whom this doesn’t seem like “facilitating cohesion and consensus” and “standing above party politics”?

How can we expect a man not to favor his country when he can’t put his country over his party?