To deal or not to deal, that is the question 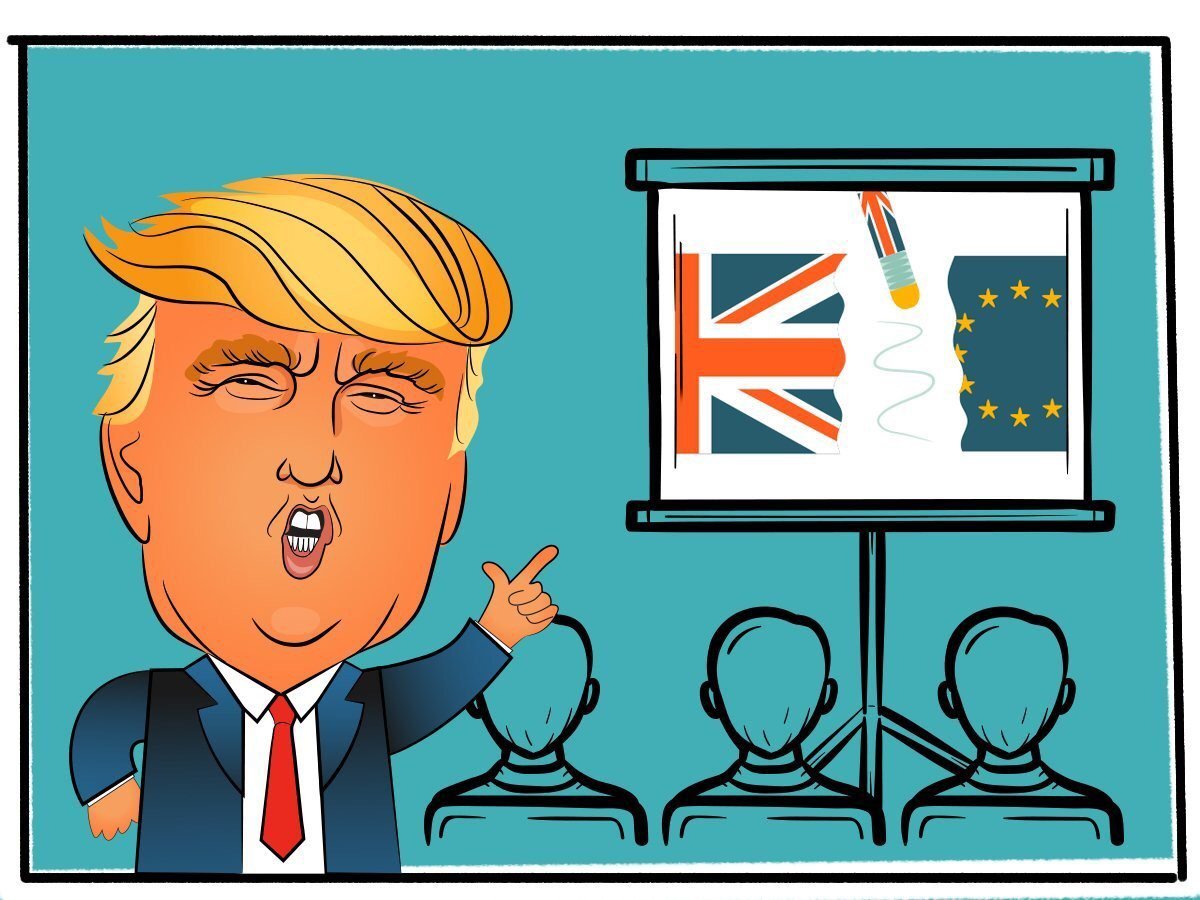 Whenever I hear the word Brexit, I cannot help but to think about the well known TV-show, Deal or No Deal. You know, the one where the player has to choose one briefcase from a selection of 26 (or 22, depending on which national version you’re watching), each containing a certain amount of cash. Over the course of the game, the player eliminates briefcases one by one and is periodically presented with a „deal” from „The Banker”, who wants to „buy” his briefcase for a certain amount. The player decides to take the deal (and get the money) or continue with the game. The tension increases with every briefcase opened, with every deal refused. Should the player refuse every deal, at the very end he is given the chance to trade the very first briefcase he chose, for the only other one left in play. The player can also have a „cheering section” – a group of family and friends, who advise him on the selection or whether to accept the „deal”. If he quits too early, the show might go on (like a pseudo-game) to see how much he could have won if he hadn’t accepted the deal.

The psychology of the game has been analysed by many. A team of economists found that contestants were less risk-averse or even risk-seeking when they saw their expected winnings drop. In fact, the „winnings” appeared to be evaluated in relative terms by the players, for example in proportion to the initial average and not in terms of their absolute monetary value.

Right now, the name of the game with Brexit is also „Deal or No Deal”. The pressure mounted month after month till we’ve arrived to the very end where there seems to only one step left.

Despite Mr. Johnson boldly assessing that there is a one in a million chance of a no-deal Brexit, Betfair puts the odds of it at 6/4. The cheering section is now led by the US and President Trump, promising a „tremendous trade deal” for the UK after Brexit (and thereby also putting pressure on the EU with the ongoing trade negotiations). And the UK goverment seems to behave just like the average contestant of the show: their expected winnings dropped (with the backstop and the pressure from the side of many voters to have a Brexit one way or another at the end of October, voter confidence decreasing etc.) so they’ve started to show a risk-seeking attitude.

You could argue that you cannot win without taking big risks. Or that one shouldn’t place too much emphasis on potential losses when evaluating risky prospects. (Another study of the TV show found that it is exactly because of this behaviour that only very few contestants take the big prize.) The right investment term for this would be „loss aversion”. Because it’s just money, isn’t it?

But the big difference with the show and Brexit is that there is no „pseudo game” at the end to see whether the player made a „good deal” or a „bad deal”. And we are not talking about „money found on the street” (winning in a show shouldn’t be considered hard work, after all) but about the lifes of millions of people, their businesses, savings and interests.

Many analyses (by the IMF, Goldman Sachs just to name two) have pointed to the risks of a no-deal Brexit. And it’s not just winning or loosing a certain amount of money and then going home with a sad or happy face.

Instead of a „pseudo game”, at some point negotiations should restart, because it is simply not possible for two such entities to exists alongside each other without a set of regulations. But after a No-Deal, the mood might be different. And the necessary steps will be different, too. Instead of Article 50, the process will be governed by Article 218 which requires each and every parliament and government of the remaining 27 members to approve the deal. Much more difficult and definitelly a lot longer. And during that process, the player couldn’t really enjoy the benefits of the win (if there are any). Only after. Imagine the player in the show being told that he might have won, but he won’t know it until after the Banker has retired….

Taking „The Deal” might be painfull, one might be called risk averse, or even coward. Each party might loose something (the UK might need to accept the back-stop or let EU citizens to enter and work OR the EU might need to show some flexibility and reopen negotiations, etc.) And yes, the player will leave with the thought in the back of his mind, „what if…?”. But he’ll still have something that is safely in his possession.

On the other hand a „No Deal” is a jump in the dark, just like in the game. You can win big or loose everything, but at the moment of making that decision, you’re taking enormous risks. And no politician should have the right to take such a risk…

Another round of Brexit talks and … not much…