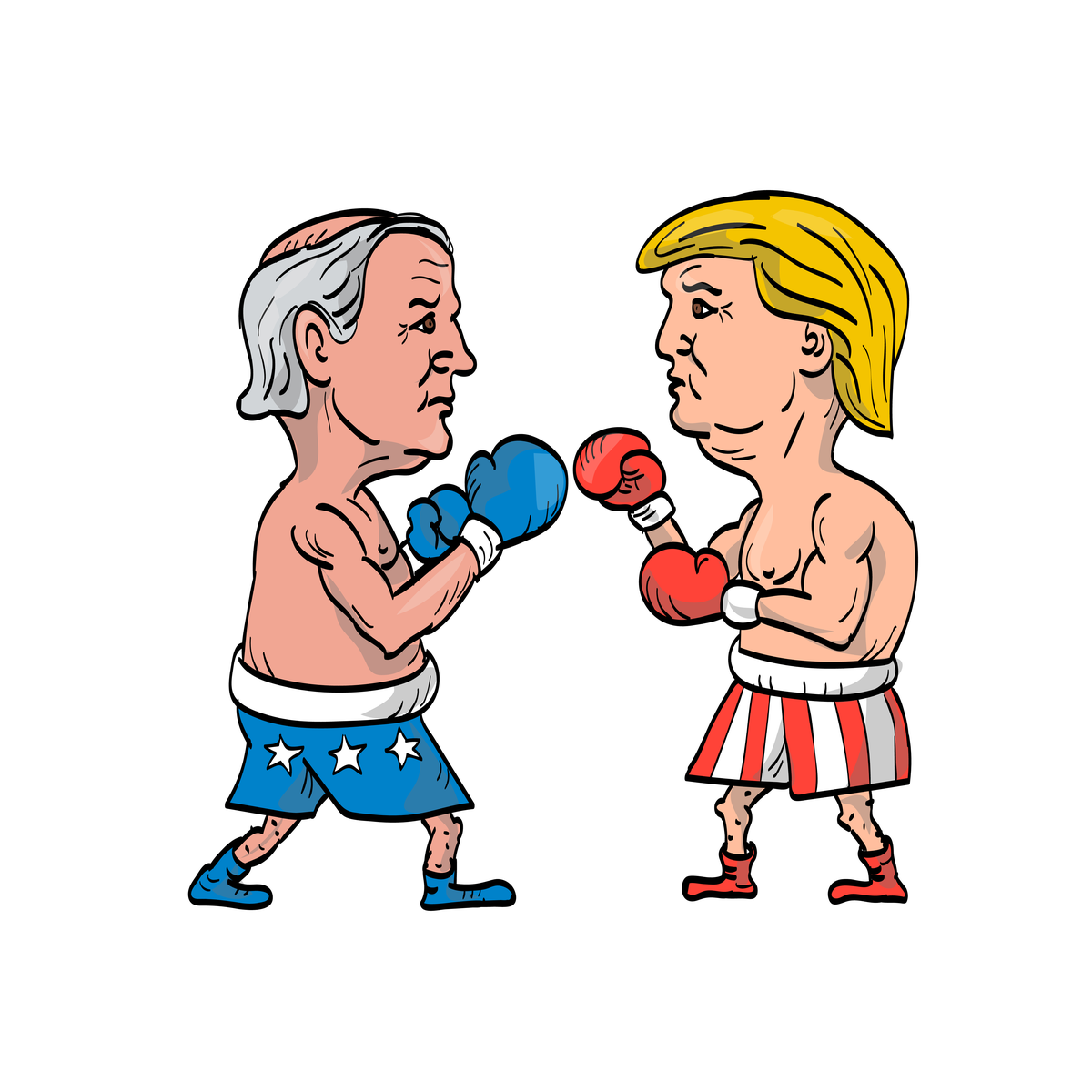 I wrote this article before the big COVID-19 chaos took over the White House, thought for days about rewriting it, but, in the end, I don’t think it lost much of its value even in light of the recent events. Especially since, if there is a non-European event that will have serious effect on the Continent for many years to come, it is the US presidential election. So it is a must to keep at least an eye on it. (And the amount of comments posted to the Biden-analysis a few weeks ago clearly shows that it is watched carefully by many of our readers, too.)

And though the Brexit-saga is rolling once more (with the EU starting legal procedure against the UK) and the rule of law issue is heating up again, it is worth to share a few thoughts on the first round of the presidential debate, with a “European Eye”. Because this was something we rarely see in European Politics. Not the debate, the style of it.

But, even though the “debate” was more like a circus than a professional exchange of arguments between two seasoned politicians, or as Jake Tapper put it on CNN “a hot mess inside a dumpster fire inside a train wreck”, there were some takeaways.

Well, that was not the best moment of Biden, for sure. Rather Trump-like, if you prefer. It doesn’t matter if your opponent violates all written and unwritten rules of civilized debate or trolls around in every possible way. It doesn’t matter that even the people who prepped him for the debate (Sen. Rick Santorum and former New Jersey governor Chris Christie) said that he was “too hot” or that “he overplayed his hand”. (The rules of the debate will surely be changed in light of the current events and the unsuccessful shots of Chris Wallace to regain control of the “war of words”.)

Biden, a veteran of vice-presidential debates, so to say, mostly kept together and when he was in control of his nerves, he was able to laugh and smile at some of Trump’s attacks, or just to shake his head or roll his eye. He maintained eye contact with the moderator and communicated with his audience.

But he did lose his temper here and there, interrupting Trump, focusing more on his personal character (“It is what it is because you are who you are” or repeatedly calling him a clown and a racist), than on actual political problems and possible solutions. In short, he did exactly the same as the “worst president America has ever had” (quote from Biden), though not that vehemently. Still, it’s very likely that some of his voters (and even more of those non-decided) would like to see him unmoved and professional next time.

This was the first debate and the topic were chosen accordingly: domestic issues. Foreign policy will be the topic of a future debate, if there will be one.

One of the few exceptions was a quick referral to US-China trade relations by Joe Biden (he said that while Trump may have written the book “The Art of the Deal”, China had perfected “the art of steal”), but that’s all. Even if many of America’s domestic issues are inextricably linked to its foreign policies. Another one was Biden’s usual remark on his Irish Catholic ancestry.

Still another exception was when it came to Hunter Biden and his dealings with Russian business circles. The moment could’ve been used to turn to some sensitive questions, like what to do with Russia, but Trump tried to make it personal, returning to Hunter Biden over and over again. With this, he might have unwillingly helped Biden to score some points with the audience.

Instead of trying to swipe his son’s earlier deeds under the carpet, Biden looked directly into the camera and said “My son, like a lot of people … had a drug problem. He’s overtaken it. He’s fixed it. And I’m proud of him”. Many commentators claim this to be one of the finest moments of the show. A truly personal and powerful statement, that might ring a bell in many families.

No matter how hard Trump actually tried not to talk about the pandemic, it cannot be ignored. On the contrary. It’s kinda ironic that a few days after the debate he (and half of the White House) tested positive for the virus, he even had to spend some time at a hospital, even if the truth about the seriousness of his illness might never be known, due to the communicational chaos so usual for this administration.

It might be the result of the very different personalities being on stage, but I clearly recall that the 2008 (and 2012) debates were more focused. Here and now, there was no real talk about policy issues. No matter how hard Chris Wallace tried to keep the debate on track, repeating several times that “the American people would rather hear about substantial subjects”.

We’ll never know, how prepared the politicians actually were, because most of the content was lost amidst the endless interruptions. It was mostly Trump doing it, interrupting Biden with (often off-topic) jabs. But it was Biden who didn’t always manage to pick up the thread and continue where he was stopped.

Anyway, it is sure that Biden skipped the problem of the Supreme Court (shortly mentioning that the Senate should wait until after the election), while Trump didn’t go into details about how he’d scrap the Affordable Care Act and what’d he put in place of it, nor did he condemn white supremacist organizations. The President only said that “I’m willing to do anything. I want to see peace.”

It’s probably safe to say that none of the candidates can pat himself on the back for his performance. More likely than not, none of them achieved much with this debate: according to polls after the event, Trump’s base liked his performance (but there is no evidence that many started to support him), while Biden’s voters were “unmoved”. Political betting markets haven’t changed much, either.

To close, let’s quote Chris Wallace, “This has been an interesting hour and a half”.

The next debate is scheduled for 15 October. Be ready for another analysis. Unless, of course the second round will be postponed because of the COVID-19, despite all what has been said so far by both debaters. (As of today, both candidates promised to go to the second round, but anything can happen during the course of a week. For example they can have an argument ending very badly, about the necessity of plastic shields during the debate.)