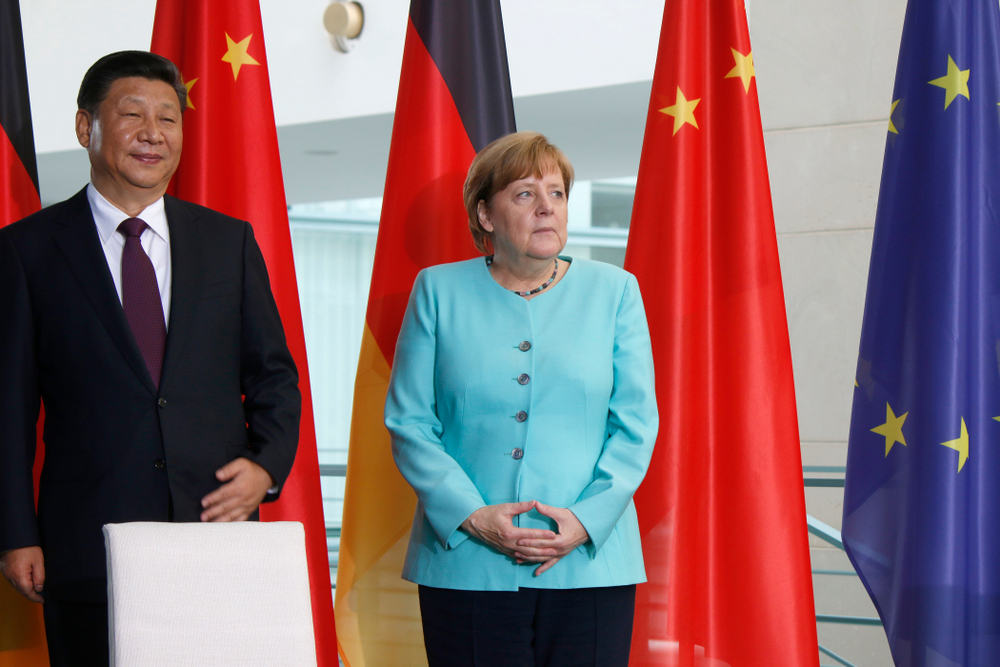 Less than 3 months after the two sides agreed on a political deal, things took a turn to the worse. Within a few days in mid-March a diplomatic tit-for-tat emerged threatening the Comprehensive Agreement on Investment, a.k.a. CAI.

After the US announced sanctions against two Chinese officials in a step coordinated with not just the EU, but also with Canada and the United Kingdom, Brussels followed suit imposing travel bans and asset freezes on four Chinese nationals. These sanctions marked the first time the EU has targeted China with its human rights sanctioning regime (dubbed the EU Magnitsky Act), which came into force in December 2020 (and was first used against Russia in the Navalny case.)

In a rare show of force members of the Five Eyes intelligence alliance (US, UK, Australia, Canada and New Zealand) referred to “overwhelming” evidence, including satellite imagery, proving that China’s extensive ethnic  repression program includes severe restrictions on religious freedoms, the use of forced labor, mass detention in internment camps, forced sterilizations and the orchestrated destruction of Uyghur heritage.

Beijing retaliated, arguing that the EU sanctions were based on lies and disinformation.And hit five MEPs and some big-shot experts (think tanks) with counter-sanctions. And also the EU Council’s Political and Security Committee.

After that MEPs from the European Parliament started to threaten not to ratify the deal (i.e. the CAI). German Social Democrat Bernd Lange, chairman of the EP’s trade committee said that there has to be “a solution of these sanctions before we come back to ordinary business on this”.

France and the Netherlands took additional steps, claiming that China’s move is “a completely unjustified response”.

Chinese ambassadors in Paris, Brussels, Rome, Copenhagen and The Hague were asked for explanation as they were summoned to the respective foreign ministries. As a response UK and EU ambassadors were summoned in Beijing.

Some MEPs, including MEP Reinhard Bütikofer, Guy Verhofstadt and Raphael Glucksmann supported by vocal human rights groups, questioned the ethics of accepting a pact like CAI already back in December. They claimed that it is unethical to make a deal while Beijing is intensifying its crackdown on dissidents in Xinjiang or Hong Kong. Some even demanded “road maps” from Beijing for implementing international conventions against the use of forced labor. Now they were joined by a few MEPs from the Socialist and Democrats like Iuliu Winkler and Bernd Lange.

But also by German Foreign Minister Heiko Maas and EU Foreign Policy Chief Josep Borrell, both hinting at possible additional sanctions. David Sassoli, president of the EP said “Europe was not a punching bag” and that China’s sanctions are “unacceptable and will have consequences”.

Valdis Dombrovskis, the Commission’s Vice President, went even further warning that China’s decision to escalate a sanctions row risks imperiling the CAI, that was meant to be the cornerstone of future EU-China relations, calling Beijing’s actions “regrettable and unacceptable”. Dombrovskis also said that the EU had been making every effort to foster a balanced, rules-based economic relationship with China, but the trade and economic agenda has European values, and that pursuing the economic interests goes hand in hand with standing up for values.

It is yet to be seen, whether the EU joins the ranks of the countries answering to the calls of US Secretary of State Antony Blinken, who on 24 March called on all like-minded countries to ward off commercial pressure from Beijing by combining forces. He stated that the joint stand, that would represent anything between 25 to 60 percent of the world GDP, depending on how many would actually decide to cooperate, would be “a lot harder for Beijing to ignore”. Mr. Blinken drew attention to the similar tactics used by Beijing and Moscow in using access to critical resources, market, and technologies as pressure tools.

The problem for Brussels is that none of the main motives behind the CAI changed, namely the urge to make European investments more secure and their future more predictable in China and to achieve a level playing field. Yet, after the events of the last few days it will be harder to sell why cooperation is a must.

As the agreement on CAI was heavily criticized because it came just a few days before Joe Biden moved into the White House, the current diplomatic tit-for-tat seems to be a perfect opportunity to reconsider or reevaluate transatlantic cooperation regarding China.

Astute transatlanticists shouldn’t have their hopes too high up, though.

Significant differences remain between the US and the EU approach towards China (not to mention other areas like COVID-19 vaccine exports, Nord Stream 2, or the Iran-deal); even if Ursula von der Leyen declared in Munich a couple of weeks ago that “none of us wants China to have rule-setting power over the EU and the US”.

Neither France, nor Germany is interested in an all-out, Cold War-style confrontation with Beijing.

Moreover, neither Paris or Berlin, nor Washington seems to be willing to sacrifice cooperation in other areas, e.g. climate change, with both Frans Timmermans and John Kerry attending a virtual event organized by the Chinese environmental minister.